The fiery flavours of stem pepper

The pepper species, relatively unexplored, is restricted to a few pockets in West Bengal 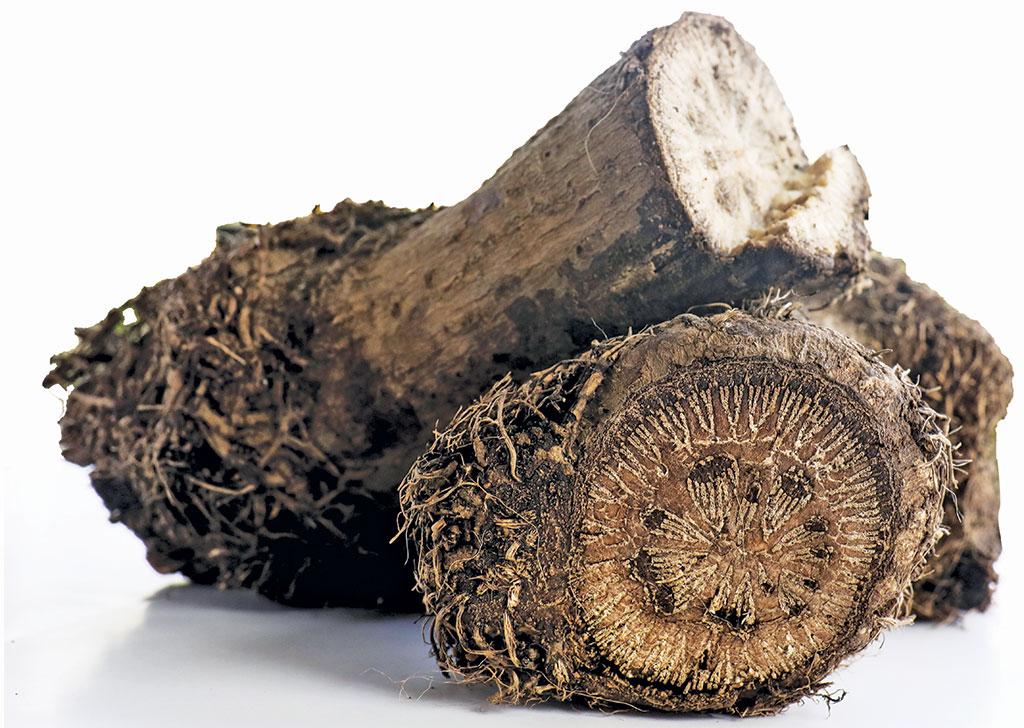 Chui grows in orchards such as those of areca palm and coconut, where the trees support the vine (Photograph: Vikas Choudhry)

It is a spice chef Anumitra Ghosh Dastidar values for the layer of flavour it adds to her creations. Chui or Piper chaba grows profusely in West Bengal and Bangladesh and belongs to the same genus as the historically and economically important Piper nigrum or black pepper. However, unlike black pepper — where the dried fruit is used — in the case of chui, the stems and roots impart the flavour.

“Relatives from Bangladesh used to get this spice for us when I was a child and it was used in mutton preparations,” said Dastidar. It creates pockets of hotness in the recipe, she says.

The stems can be chewed to savour the intense flavour. The fact that it is an optional ingredient and depends on personal choice makes chui more interesting and versatile. The spice not just provides heat, but also adds an earthy flavour to the dish.

Dastidar started using this spice in the pop-up dinners she used to organise around the country, and would source it from the crowded Govindpuri market in South Delhi.

The sellers here procure small quantities of this spice from West Bengal. A 15-centimetre piece of the stem can cost between Rs 200 and Rs 300 depending on the thickness — thick stems from near the roots fetch a better price. This stem can be stored for a few days if wrapped in a slightly moist cloth and kept in a dark chamber. Dastidar runs a restaurant, Edible Archives in Goa, and plans to plant a few of these vines in her kitchen garden.

In India, the use of this novel spice is restricted to a few pockets in West Bengal. The species has not been studied well even though it was mentioned way back in 1924 in a book called Botany of Bihar and Orissa. But it was in use much before that.

According to food writer and historian Pritha Sen, this spice finds mention in Mangal Kavyas, poems written between the 15th and 18th centuries in undivided Bengal. While these poems were about gods and goddesses, they also provided a social narrative about people — their lives and the food they ate.

Some of the poems mention how the chui stem was ground and added to mustard oil with turmeric, cumin and quartered brinjals along with rohu fish roe. A vegetarian dish that used tender chui stalks was also popular.

However, the spice was more popular in East Bengal — where the cuisine is more fiery — than in West Bengal. As a result, the use of chui gradually faded away in West Bengal with time. But the spice continues to remain popular in various parts of Bangladesh. The spice is promoted by the Bangladesh government for cultivation and the food industry, too, has sustained the interest — there are restaurants where each dish on the menu is prepared using it.

Adding this spice to food makes sense because it has medicinal properties. It is sometimes used instead of black pepper in the Ayurvedic preparation of trikatu, which works on the upper gastrointestinal tract to enhance digestion and helps in the absorption of nutrients. It has specific compounds like chabamide, which have been found to have antimalarial and anti-tuberculosis properties.

Another reason the spice remained unexplored is because European traders, who came to India way back in 1497, knew only of black pepper— just one of the 1,000 or more species under the genus Piper.

Southern Asia has around 300 species of the genus Piper and some 110 of these are found in India. These species have an interesting evolutionary history. A team of researchers from India and Canada studied Piper species collected from the Western Ghats, the Eastern Ghats, the northeast region and the Andaman and Nicobar Islands.

It found that pepper was introduced in the country from Southeast Asia between 27.3 million years and 15.5 million years ago. The team also identified species that seemed to have been formed relatively recently, around 10 million years ago, when the region saw intensification of the monsoon climate.

Sandeep Sen, a post doctoral researcher at the Ashoka Trust for Research in Ecology and the Environment, a Bengaluru-based non-profit, who was the lead author of this study, did not include Piper chaba in the study.

“This is one of the least researched of the pepper species and we do not have much information about it,” he said. This makes it difficult to understand how a changing environment is affecting this species.

To put this in context, rainfall and relative humidity leads to the production of new nodes, laterals, branches and adventitious roots, whereas bright sunshine and high temperature have a negative influence on the characteristics in black pepper. “We do not have any information on how these factors could affect Piper chaba as this has not been studied.”

Chui grows in areca palm and coconut orchards, where the trees support the vine. The spicy stems are available throughout the year.