Evolution ensured people adopted new foods through generations of experiments. but in a fast globalising age, we don’t seem to have the luxury to test and then adopt

The sesame seed may seem like an unlikely representative to trace the history of the global food trade, but it is the most apt one. It is believed that the seed originated in India, as some seeds were excavated from the Harappa ruins (2600-2000 BC). In India, the sesame seeds are used to make laddoo, a sweet prepared specially during the festival of Makar Sankranti. But in the US, burger buns have a decorative sprinkle of the seeds, and in Central Asia, it is part of the ubiquitous hummus.

Yet, there is very little archeological evidence to prove how it travelled. What’s interesting is that this journey occurred much before the establishment of the Silk Route and the Spice Route, the two major trade routes that are attributed with exchange of food in the past.

The Silk Route connected China with the Mediterranean countries through Central Asia, and the Spice Route (or the Maritime Silk Route), which was established later, connected India with Southeast Asia, West Asia and the coast of East Africa.

Robert N Spengler III has come to this conclusion in the book Fruit from the Sands. Spengler, who is the director of the paleoethnobotany laboratories at the Max Planck Institute for the Science of Human History in Jena, Germany, used archaeobotanical data from 15 excavation sites in Central Asia (currently Kazakhstan, Kyrgyzstan, Tajikistan, Turkmenistan and Uzbekistan).

He concluded the local food habits in Central Asia were impacted much before the manifestation of the Silk Route — two millennia before this route was established. Archeobotanical data is an exciting way to confirm theories which are often anecdotal, he says.

He has used data from the broad region of Central Eurasia to explain the spread of crops as far back as the late third millennium BC, to show how this shaped cuisines around the world. For example, Spengler notes that most legumes in China were imported from South Asia and North Africa.

In China, these legumes became an integral part of the cuisine, but they did not make their presence felt in Eurasia, most likely as the people there depended more on proteins from meat and dairy. Another reason could be that legume cultivation was difficult as the seeds have a natural tendency for dormancy during adverse weather conditions and the pods spontaneously pop open on maturity, making seed collection difficult.

While the current legumes do not have this problem as these have been selected and hybridised for best characters, including taste, the modern Euro-American homes continue to depend mainly on peas, lentils, chickpeas and fava beans. 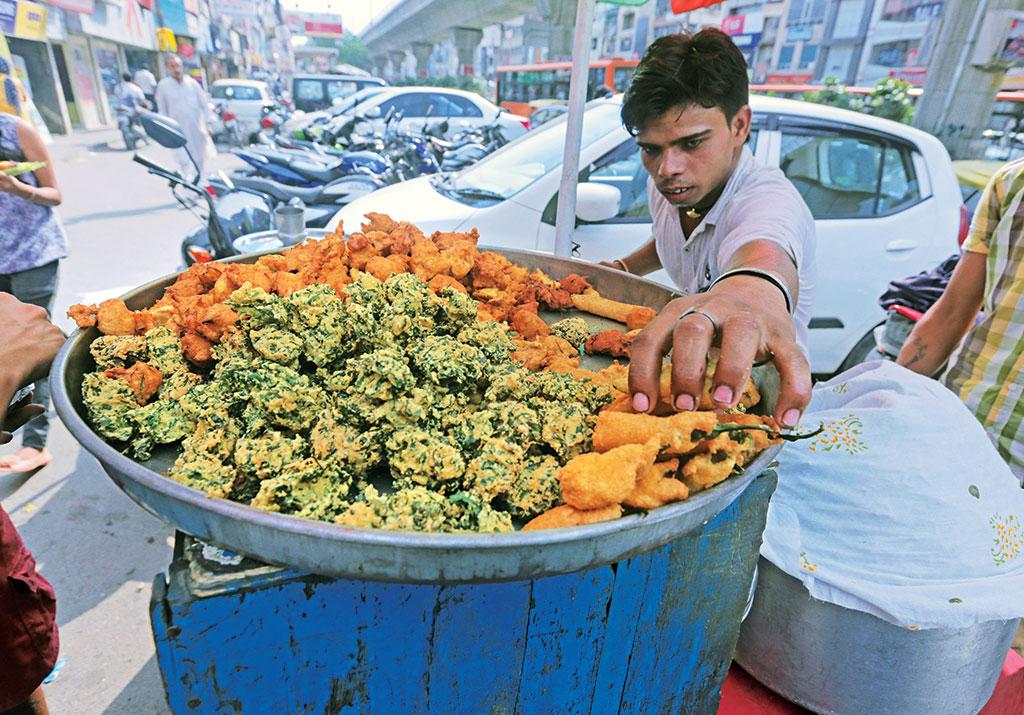 At the same time, there is a lack of acceptance of some ingredients. At present, countries on the Silk Route are mostly dependent on fat from sheep for cooking. But earlier, these areas had access to oil and oilseeds.

Remains of flax seeds have been excavated from southern central Asia from the second millennium BC. Other oils such as that from hemp, cotton, poppy and sesame too were in use. For some reason, their usage has stopped.

ANCIENT TRADE HAS transformed Indian cuisine too. Take for instance the pakoda. You can find these fritters in various avatars in every nook and corner of the country and each version tastes different from the other. Along the highways in the Vidarbha region of Maharashtra, one can get onion pakodas served with kadhi (gravy made with chickpea flour and curd), while in Tamil Nadu, vadas are omnipresent and are consumed with a coconut chutney.

Modern versions of the pakoda made with pieces of cottage cheese or bread vie with traditional ones. In Pakodas: A Snack for All Seasons, nutritionist Sangeeta Khanna provides nearly 200 recipes of pakodas from across the country.

These pakodas have been perfected over centuries of trials. Experimenting with new ingredients must have been a part of this discovery. Probably, these ingredients came to India as far back as the Bronze Age (3300 BC to 1200 BC). But many ingredients were introduced to India quite recently.

The chilli that is used to make the mirchi vada came from South America, where people had been cultivating them for at least 6,000 years. It was brought to India by Portuguese traders just 450 years back, says Marryam Reshii in The Flavour of Spice. From Goa, it reached Delhi some 200 years later through the Marathas.

Though the same mirchi is used to make mirchi vada in Rajasthan and mirapakaya bajji in Andhra Pradesh, they taste completely different. Suitable cultivation conditions helped grow some of the hottest chillies in the world and it is now an integral part of Indian cuisine.

Archaeobotanical data, like the one used by Spengler, does not exist for the Spice Route, but his study throws light on our homely pakoda. South Asia, which includes India, has its own legumes like urad (Vigna mungo), mung (Vigna radiata), arhar (Cajanus cajan) and horse gram (Macrotyloma uniflorum) which are used to make the pakora.

But the most common ingredient for the pakoda batter flour is made from chickpea which comes from Central Asia. Other than chickpea besan, we also use yellow pea besan and even red lentil besan. Both these legumes were imported too. 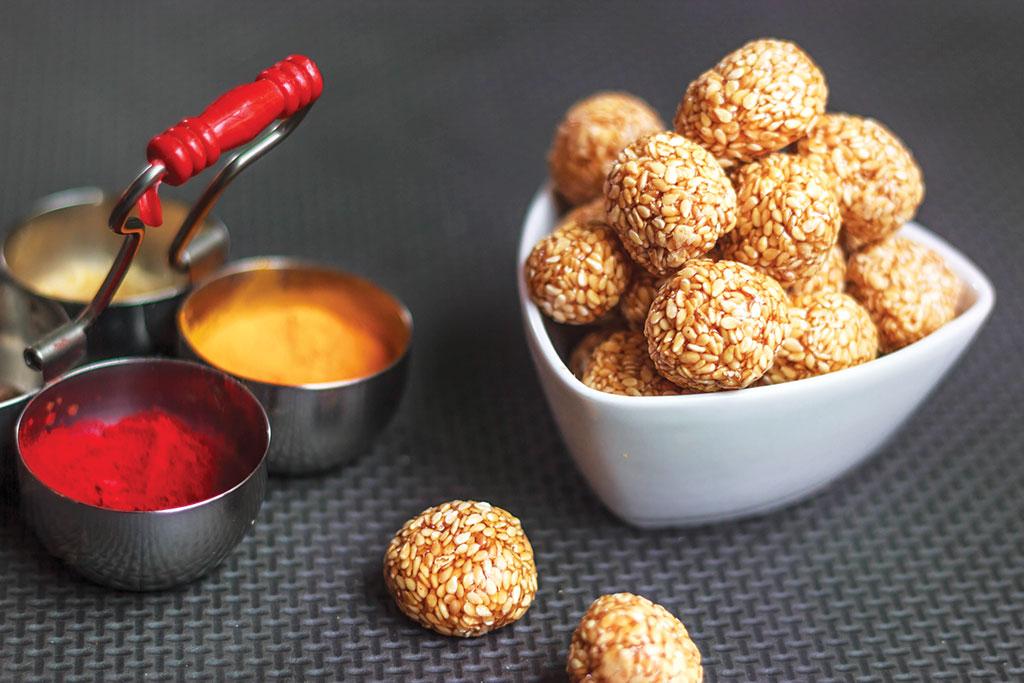 So there is little doubt that Indians were historically quite open to experimentation with new ingredients. Even recently, we have embraced quinoa, a plant that has been cultivated for about 5,000 years in South America or the Kiwi fruit from Australia.

However, we are also unwittingly embracing the worst foods in human history — industrialised versions of fries, burgers and pizzas that are high in calories, salt, sugar and fat. Now the food industry is largely serving us processed food and making us addicted to it. Khanna also talks about corruption of Indian food in her book. She cites the examples of sambar, whose taste is enhanced with MSG (monosodium glutamate), and cheesy curry sauces.

While MSG is linked with adverse reactions including chest pain and nausea, adding excess cheese to the curry makes it calorie rich. These are some of the things we must keep in mind as the world is gearing up for yet another round of culinary globalisation.

Both China and India are reviving the old trade routes. China’s “One Belt, One Road” project links more than 60 countries between China and the west. In India, the “Spice Route Project” of the Kerala government aims to re-establish maritime trade ties with 31 countries along the ancient Spice Route to revive cultural links.

Earlier, food moved across the world at a snail’s pace. Many of these ingredients were adopted for cultivation and consumed only after time-tested experimentations. Today, we don’t seem to have the luxury to test and only then adopt. It is time to proceed with care.

This article was first published in Down To Earth's print edition dated October 1-15, 2019