What will cheaper US cheese mean for India's dairy farmers

Depressed global prices, rising cost of production and the trade wars with China and Mexico have led to a ballooning of reserves

Like your cheese? Soon you may like it less, in case you buy in India. The country has opened its markets for American dairy products—an invitation for aged, made-in-United-States cheese to flood the market.

Such cheese will be cheaper than what is available now, potentially affecting domestic dairy producers. For consumers, this will mean cheaper but less nutritious products. Of course, for the US dairy sector this is a welcome news.

Depressed international prices, rising cost of production and the trade wars with China and Mexico have led to an overwhelming increase in the reserves of US cheese.

China and Mexico—among the largest consumers of US dairy products—have increased tariffs on the same by 20 per cent and 28 per cent respectively. This trade war has hit US farmers and led to a significant reduction in export of cheese.

An analysis by US Dairy Export Council (USDEC), a trade lobbyist body for US dairy producers, states that tariffs on some dairy products reached as high as 45 per cent, putting US dairy at a competitive disadvantage compared to the European Union (EU), Australia and New Zealand.

It says further that if tariffs remain in place till 2023, US Dairy farmers could lose up to $12.2 billion.

According to dairy consulting firm CLAL, the stockpile of US cheese stored in cold-storage and warehouses, was 1.4 billion pounds last year. This is the biggest stockpile of cheese in more than a century.

Cheese has low shelf-life, and its quality starts declining if it’s stored for over a few weeks—leading to depreciation in both price and quality of the product. 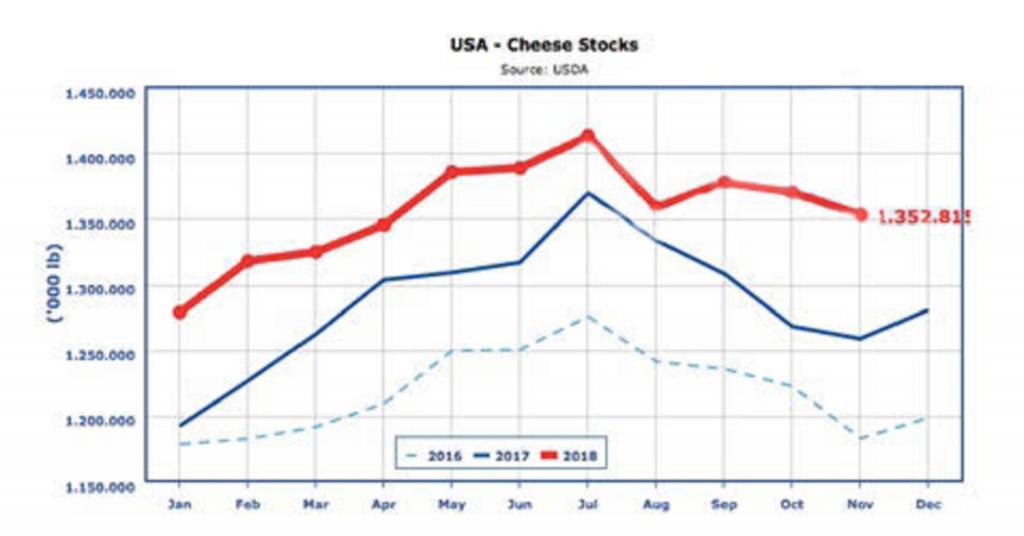 There is also a huge stockpile of skimmed milk powder or dry milk. (see tables) 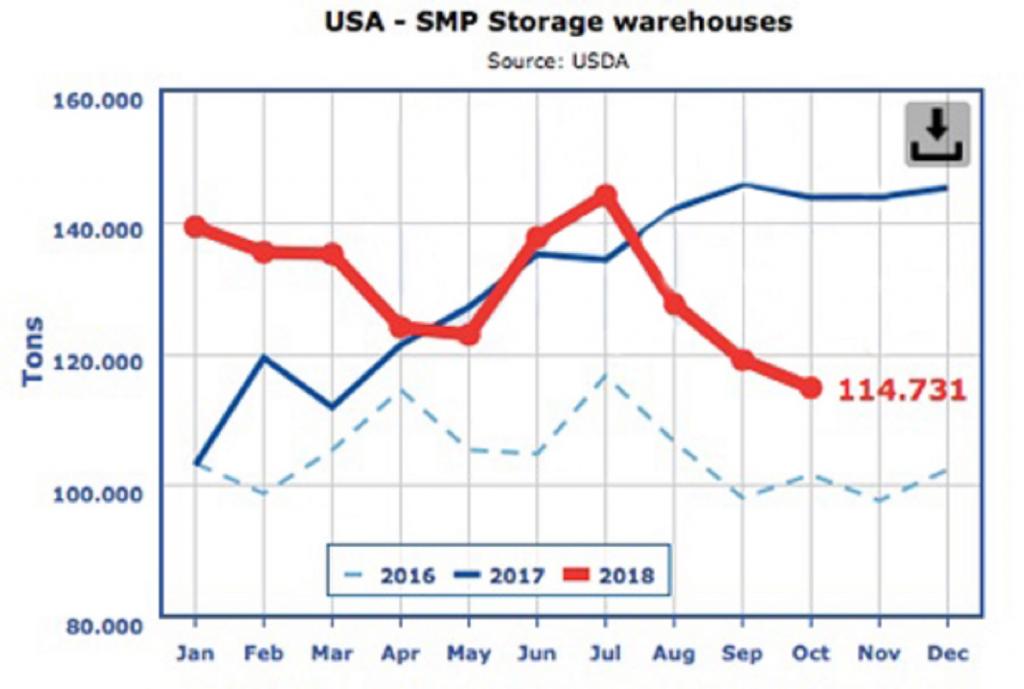 Dairy markets have been suffering depression in prices since 2015 due to glut in the international dairy market. Millions of small and marginal farmers across the globe have gradually been pushed out of the dairy market.

The cost of production for one litre milk is estimated around $0.5 (Rs 35), while the farmers fetch only $0.38 per litre (Rs 27)—a considerable loss in business.

President Donald Trump has supported dairy farmers after they voted him to power in the 2016 presidential election. Hence, to maintain the support and to dump excess products, the Trump administration pressured the Indian government to open up its markets.

India succumbed to the pressure and opened its market for US dairy products in December, 2018. This move is going to hurt India’s 73 million small and marginal dairy farmers.

Devinder Sharma, agriculture and policy analyst, criticised the government’s move and said that this will further induce an agrarian crisis in India. “I don’t understand why the Indian government has been borrowing someone else’s problem when its own farmers are committing suicide every half an hour,” says Sharma.

Another reason behind the increasing stockpile of cheese in the US is the change in taste and eating habits. There has been a significant reduction in consumption of cheese in the last one decade.

Against sale of other forms of cheese, sale of Mozzarela—primarily used in preparation of pizzas—has shot up. Mozzarella is traditionally a southern Italian cheese made from Italian buffalo’s milk.

Also, recent trends show that consumption of plant-based dairy analogues has increased as people switch to vegan diets. The USDEC has not released any statement on the issue, including how much US dairy farmers are likely to gain from the Indian market. Down To Earth tried to contact them but they did not respond.