Will insects become an integral part of our diet again? 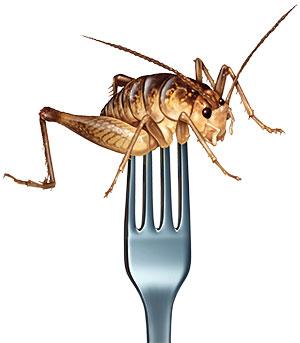 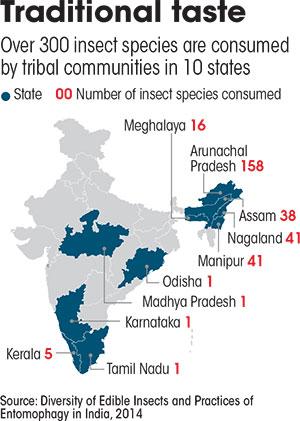 The idea of actually eating insects may sound disgusting, yet, edible insects, which have been a part of several traditional communities the world over, are now in the limelight for their ability to curb greenhouse gas (GHG) emissions.

The United Nations (UN), in its special report on climate change and land, released in August 2019, said insects are an environment-friendly substitute to meat. At the same time, the Food and Agriculture Organization (FAO) said insects will play a significant role in providing food security for the ever-increasing population that is slated to reach 9 billion in the next three decades.

“Insects are part of the food choice of about 2 billion people. They are also part of the natural feed of chickens, fish and pigs,” says Paul Vantomme, a senior FAO offcial and one of the authors of the 2013 FAO report “Edible insects: Future prospects for food and feed security”. Over 1,900 different insect species are eaten world over.

In India, as many as 303 insect species are consumed by tribal communities in 10 states. Khajuri poka or date palm worm is a delicacy in Odisha’s Rayagada district, inhabited by Khond and Sora tribes.

“Around March every year, we harvest the larvae of this mouth-watering insect, which is found in the roots of the date tree,” said Santosh Kumar Negi, a Rayagada resident. He added that they sauté the larvae and eat it with rice.

The community also consumes red ant eggs called kaionda, which is mixed with ragi powder and eaten along with rice. In Nagaland, woodworm, locally called lipa, is harvested from oak trees.

“We collect them when we go to our jhum fields,” says Seno Tsushah, a resident of Chizami village in Nagaland’s Phek district.

EDIBLE INSECT is being promoted for three major reasons: environmental benefits, nutritional value and livelihood opportunities. Edible insects have a high feed conversion efficiency (the quantity of feed required to increase the weight of a livestock by a kg) because they are cold-blooded.

On an average, insects can convert 2 kg of feed into 1 kg of insect mass, whereas cattle require 8 kg of feed for 1 kg of body weight gain, according to FAO. Insect farming is also resource efficient.

“A gramme (g) of beef protein requires about 14 times more land and five times as much water to produce compared with a gramme of mealworm protein,” stated the UN report.

The production of GHGs by most insects is lower than that of conventional livestock. For example, pigs produce 10 to 100 times more GHG per kg of weight than mealworms.

Crickets are also rich in calcium, termites in iron, and the silkworm moth larvae can provide daily copper and riboflavin requirements. Some studies also claim that bees boost the libido.

“Most insects possess significant levels of unsaturated fats and omega 3 fats, which are in less quantity in plant-based foods. Also, plants that have been genetically engineered for high-volum production will always be more vulnerable to attacks making them less reliable than insects, which are not susceptible to such threats,” said David Gracer, president of Small Stock Food Strategies, a US-based company that raises funds and develops infrastructure around entomophagy.

He added that insect gathering and rearing can offer important livelihood to the poor. “Urban agriculture is a wonderfully efficient method of producing insect protein, and industrial-scale insect farming in cities is a very feasible concept, whereas plant crop production in cities is difficult,” he said. 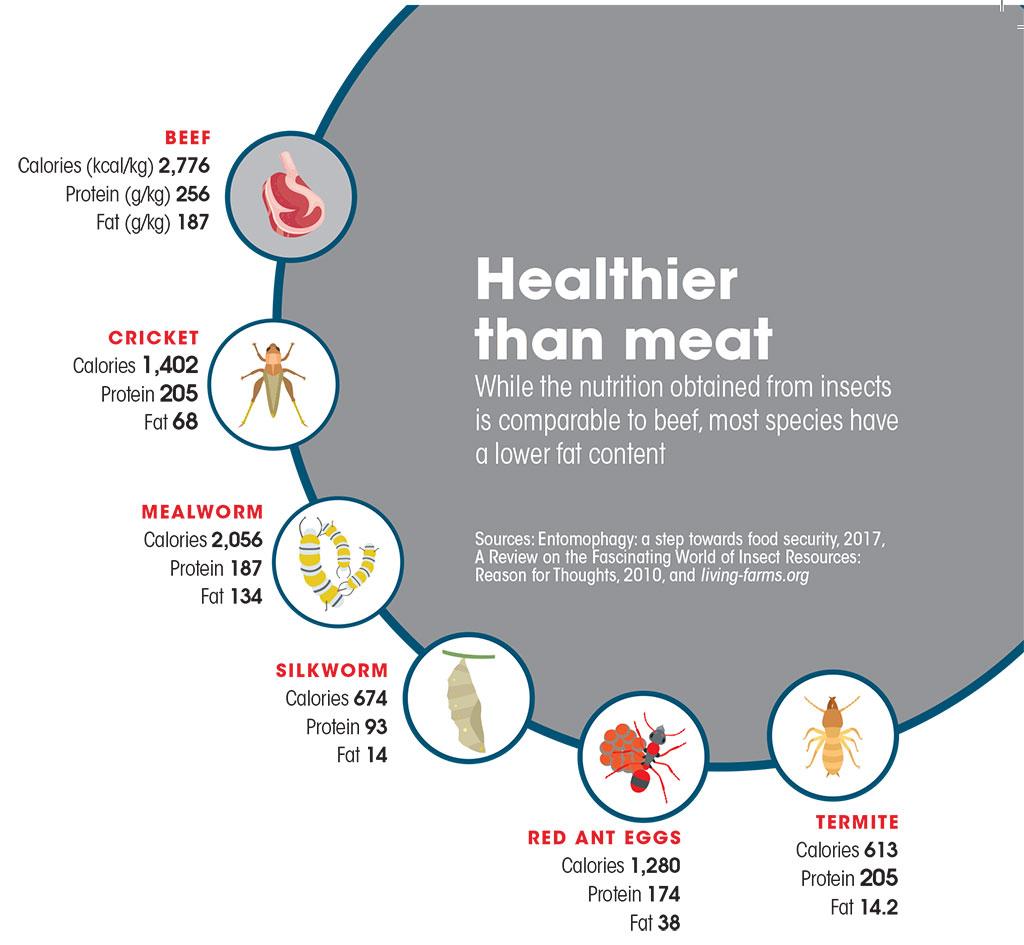 Commercial exploitation of edible insects is on the rise. “More and more start-ups are engaging in the industry. Some of them are attracting large sums of money, which shows that investors are becoming aware of the business opportunities,” said A van Huis, professor of tropical entomology at Wageningen University in the Netherlands, and author of a 2019 paper titled Insects as food and feed, a new emerging agricultural sector: a review.

Financial consultancy firm Global Market Insights says the edible insect market was worth US $33 million in 2015 and would grow at a compound annual growth rate 40 per cent. As per the Persistence Market Research, by 2024, the market will be worth over US $700 million. Edible insects offer a lot of potential in countries like India, which are already farming bees, silk moth larvae and lacquer-scale insects.

“The opportunity lies in farming insects on vegetable and fruit waste to produce insect powder,” says Vantomme. The challenge, however, is to change the perspective of the people towards insects, a shift that is already underway. A recent study by industry group Agricultural Biotechnology Council found a third of Britons think they will be eating insects by 2029.

“Thirty years ago, eating raw fish in Europe (such as sushi) was considered disgusting. Food habits evolve over time, but of course, awareness and information campaigns will be needed to convince people that eating insects is good for their health and for the Earth as well,” said Vantomme.

This article was part of Down To Earth's print edition dated October 1-15, 2019