Cultivable land in India, which is home to 18 per cent of the world’s population, is vulnerable to drought, floods and degradation

Two-thirds of India’s cultivable land is vulnerable to droughts, more than a quarter of the country's arable land has been degraded, and 12 per cent of the land area is prone to river basin floods, said NITI Aayog advisor Sanyukta Samaddar at a workshop hosted by the Food and Agriculture Organization (FAO) in New Delhi.

India, along with 192 other countries, had committed to the SDG goals in September 2015. “Since then, we have been working towards meeting the goals and have identified indicators, which are calculated to find the current status of the SDG goals,” Samaddar added.

Currently, there are 232 indicators for 17 SDG goals and nine indicators have been identified for zero hunger. Out of the 232, the FAO has come out with 21 “Custodian Indicators” to meet the SDGs.

India presented its first Voluntary National Review (VNR) Report during the High-Level Political Forum HLPF in 2017. This report is one of the UN’s processes to evaluate the status of a country’s adoption strategies to meet the SDG goals. India has committed to present its second VNR in 2020, Samaddar said. 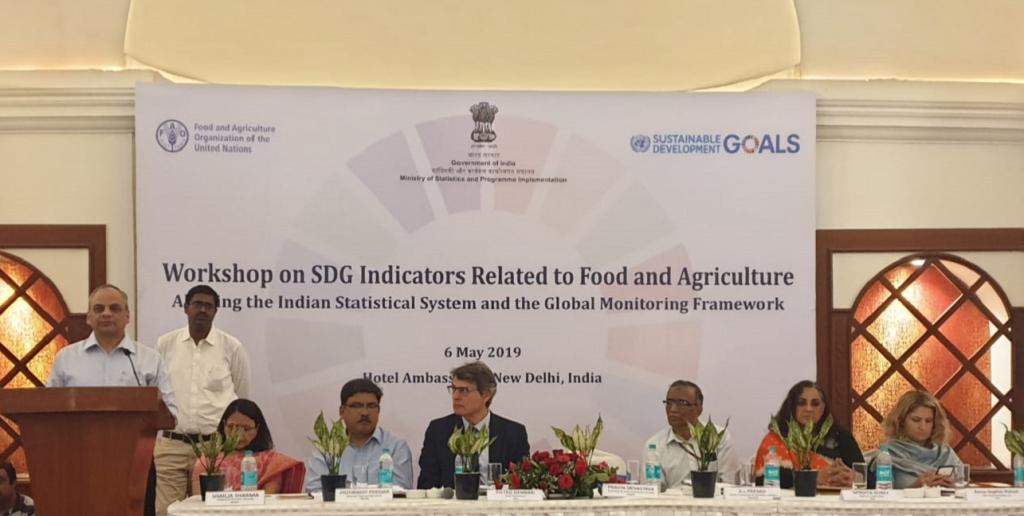 NITI Aayog has come up with a dashboard on their website which has India’s performance on SDG goals. “The Union Ministry of Statistics and Programme Implementation (MoSPI) is also planning to release a data booklet in June on the current status of India’s SDGs,” said Shailja Sharma, additional director general, MoSPI.

The focus of the five-day workshop is to bring all stakeholders together, including MoSPI, other ministries/departments and the FAO, to discuss the challenges involved in national and global monitoring of the SDGs, with a particular focus on SDG2 (zero hunger). May 6, 2019, was the first day of the workshop.