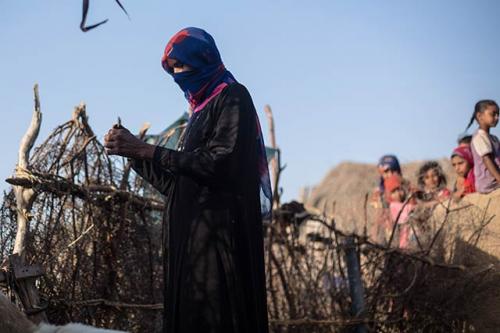 Severe food insecurity is threatening over 17 million people (almost 60 per cent of the country’s population) in conflict-ridden Yemen, according to the latest Integrated Food Security Phase Classification analysis released by the United Nations and other humanitarian partners.

Twenty of the country’s 22 governorates are in “emergency” or “crisis” food-insecurity phases and almost two-thirds of the population is facing hunger. Without humanitarian and livelihood support, Taiz and Al Hudaydah governorates risk slipping into famine. Yemen is currently facing one of the worst hunger crises in the world. These two places have been the focus of intense violence in two years since the current crisis escalated.

Conflicts spell devastating impacts for food security and livelihoods. Almost 80 per cent of households in Yemen report having a worse economic situation than before the crisis. The decrease in domestic production, disruption of commercial and humanitarian imports, increasing food and fuel prices, unemployment, loss of income, relatively low levels of funding for UN agencies providing food assistance and the collapse of public services and social safety nets are all contributing to a worsening food security situation.

Fighting along the Red Sea coast in recent months has caused extensive damage to Yemen’s largest port, Al Hudaydah. This has disrupted imports, which account for 90 per cent of the country’s staple foods.

Insecurity along the coast will likely affect the start of the planting season for sorghum in April, the most important domestically produced cereal. It will also hamper trade, force people to leave homes, limit the availability of food and disrupt livelihoods.

Across Yemen as many as two million households engaged in agriculture now lack access to agricultural inputs, seeds, fertilisers and fuel for irrigation pumps.