Ahead of elections, Odisha waives off sal leaf royalty

Imposition of GST and royalty had together almost stopped the procurement of the leaves, which are used to make biodegradable plates 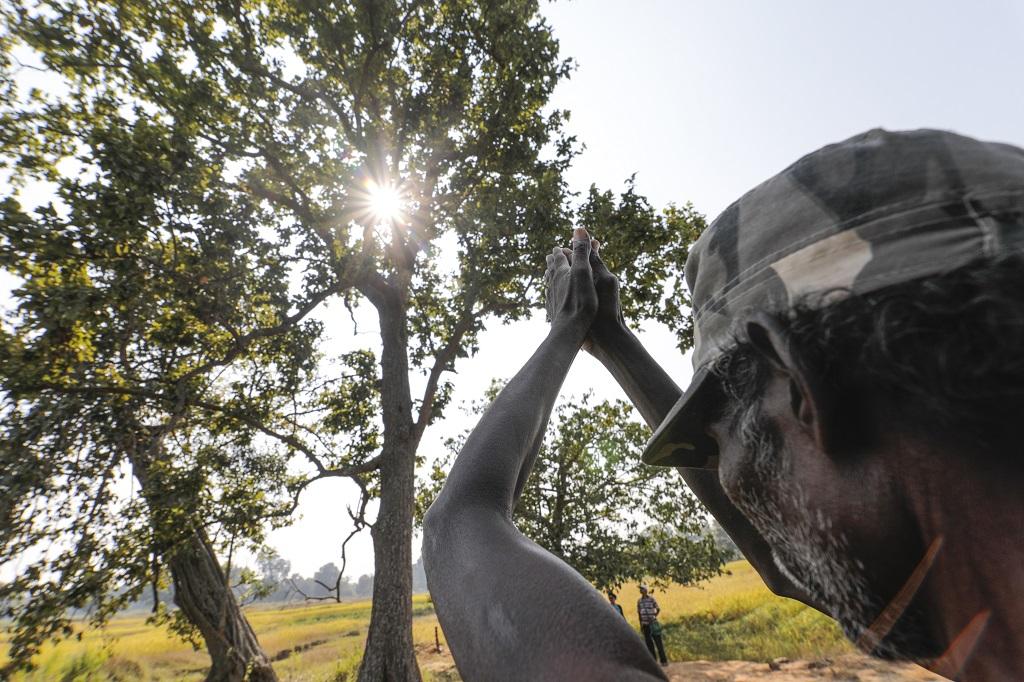 A member of the tribal community worships a sal tree. Photo: Vikas Choudhary

With elections just around the corner, the Odisha government waived off royalty on sal leaves on January 21, 2019. Chief Minister Naveen Patnaik claimed this would benefit 25 lakh people from tribal communities.

The leaves, used to make biodegradable utensils, attracted a royalty of Rs 86 per quintal as they are classified as minor forest produce. Though this was borne by traders who buy the finished product, activists have pointed out how the tribals really have no bargaining chip.

“As (it) is a buyers’ market, the burden of the taxes is borne by the collectors, who are not given the right prices for the leaves. So, due to the imposition of the Goods and Service Tax (GST) as well as royalty, both of which have now been removed, the procurement had almost stopped in Odisha,” Chitta Ranjan Pani, a tribal livelihood activist, says.

The minimum support price on the leaves was increased from Rs 24 a kilogramme on December 26, 2018 to Rs 30. Though sal leaves are now tax-free, they were earlier in the 18 per cent GST slab, later reduced to 5 per cent.

Mostly, tribals in Sambalpur, Deogarh, Kandhamal, Mayurbhanja and Keonjhar districts depend on the trade, according to the state tribal department. “Sal leaf plates not only provide a livelihood option to the forest dependent communities, but they are a biodegradable alternative to plastic and thermocol plates and cups,” Pani says.

The leaves are available primarily from November to March with a second, lower-quality harvest in June-July. The Odisha forest department allows harvesting for half the year (January-March and July-September) so that leaves regenerate. Experts, however, say sal forests will not be affected if harvest goes on round the year because the communities do not cut branches or trees to pluck leaves.

“Imposition of royalty on sal leaves and restriction on the collection period have adversely impacted the livelihood of tribal communities and also the trade. The royalty was somehow borne by the sal leaf collectors as traders are always reluctant to procure the leaves from tribals for having to pay the royalty,” Pani adds.

With inputs from Chitta Ranjan Pani