The pleas filed by activists were dismissed on the principle of commonality, not on merits, the court ruled 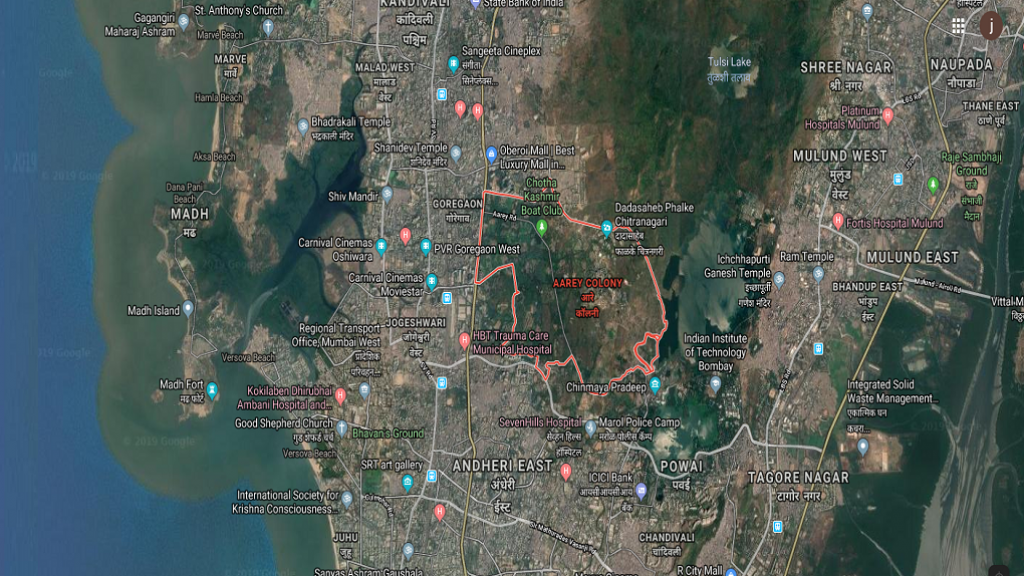 Bombay High Court has on October 4, 2019, dismissed petitions to declare Aarey Colony in Mumbai as forest and refused to stop felling of more than 2,500 trees for metro car shed project, according to media reports.

Aarey, situated in Goregaon, is famous among nature enthusiasts for being the green lungs of the city. It houses 2,702 trees, which the Brihanmumbai Municipal Corporation (BMC) proposed to cut for the Metro-3 car shed project.

“The issue is pending before the Supreme Court and the National Green Tribunal. Hence, we are dismissing the petition on the principle of commonality and not on merits,” the court said, on Vanshakti's plea to declare Aarey Colony a forest area.

Forest Survey of India defines forests as “all trees with canopy density over 10 per cent having an extent of more than one hectare (being the minimum mapping unit) including bamboo, palms, orchards, coconut, etc within recorded forest, private, community or institutional lads are thus reflected in the assessment of forest cover”.

But as of yet, there is no official definition of forests.

“The overwhelming ecological indicators in any landscape reveals whether it is a forest or not. Aarey with 500,000 trees, two rivers, three lakes, 18 types of reptiles, 76 types of birds, marshland, grassland, is undeniable evidence that Aarey is not just a forest but a forest ecosystem,” Stalin Dayanand, founder of Vanashakti, told Down To Earth.

“No court or scientist can ever claim that Aarey is not a forest,” Dayanand added.

The remedy lies with the Supreme Court or National Green Tribunal (NGT), the judges observed citing an affidavit filed by the Union ministry of environment and forests (MoEF), before the NGT.

“The ministry in consultation with the state government/Union territories has formulated draft parameters for classification of an area as forest under Forest (Conservation) Act. These parameters are under their final stage of approval before they are filed before the Supreme Court for approval,” MoEF stated.

In its judgment, the court also referred to the TN Godavarman’s case on areas requiring to be declared as reserved or protected forests, which is pending before the SC.

“Extremely saddened to get this news. We will take this fight forward. It’s a sad day for Aarey today. We will approach the Supreme Court,” Bhathena was quoted as saying by media.

A fine of Rs 50,000 has also been imposed on Shiv Sena corporator Yashwant Jadhav. He had filed a plea against the approval granted by the BMC's Tree Authority.