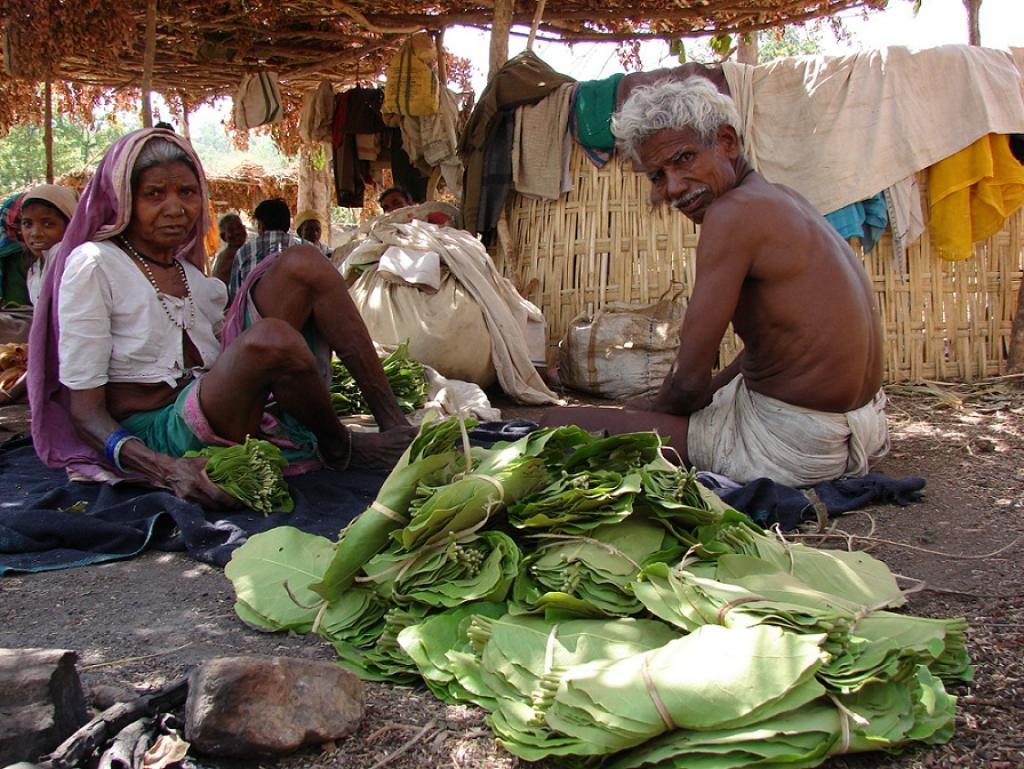 In a major development, the Ministry of Tribal Affairs (MoTA) has taken a decision to revisit and hike the price of some of the key minor forest produces (MFPs) included under the Minimum Support Price for Minor Forest Produces scheme. The prices of some MFPs were drastically reduced don October 31, 2016 due to lobbying and pressure from few market industries. This happened amidst a nationwide demand to increase the MSP of agricultural commodities.

The ministry, through its guidelines dated November 21, 2017, took the decision to increase prices of key MFPs like Lac (Rangini and Kusumi), Chironjee pods with seeds, Sal seed and Sal leaves. The ministry, however, excluded Palash flower (wet variety, whose price was reduced along with 13 other MFPs on October 31, 2016), whose MSP had been fixed at Rs 8 per kg. The reason stated for not increasing the MSP is the lack of shelf life and very few takers.  For the remaining 13 new MFPs introduced last year, the prices announced on October 31, 2016 will remain valid till further revision.

In case of MGNREGS, where states provide additional money from their budget when they recognise that the wage rate fixed by the Centre is lower than what people should receive, the same should happen with MSPs for MFPs. When states believe that the MSP for any MFP fixed by the Centre is lower than what it should be, they should provide an additional payment over and above the central rate. In no way, the MSP should be lower than the prevailing market prices in the areas where millions of forest dwellers, including tribal depend heavily on this revenue for their subsistence.

The revised guidelines issued by the government on October 31, 2016 dealt a major blow to this MSP for MFP Scheme. While the sharp reduction in the MSP allowed the states to enhance the rates by up to 10 per cent, it also put the condition that any losses incurred in the process would be solely borne by the state government.

The recent hike in MSP of key MFPs is likely to address injustice partially. For instance, Lac (Rangini)’s MSP has increased by 30 per cent. Similarly, prices of Lac (Kusumi) increased by 11 per cent, Sal seed by 20 per cent, Sal leaves by 14 per cent and most importantly, Chironjee pods with seeds by 55 per cent against the last revision of MSPs. Even after another revision of price of Char seed, it is still lower than the MSP fixed in 2014—Rs 93 as opposed to Rs 100. Similarly, in the case of Lac (both Kusumi and Rangini), the revised price is nowhere close to the price fixed earlier in 2014.

For many of the MFPs, the rates fixed in October 2016 are still being continued. The positive development in the revised guidelines is the hike in price of Sal seed, as it is not locally consumed due to lack of R&D. This hike in price may give a sigh of relief to millions of Sal seed gatherers, especially in the Central Indian states, who eke out a living from this.

How useful are the latest guidelines to forest gatherers?

Unlike the earlier revised guidelines, the latest guidelines on revisions of prices for key MFPs do not offer any explanation. It has been stated in the guidelines that the revised MSP of the 10 pre-existing MFP items were announced based on the recommendations of the pricing cell constituted by TRIFED (Tribal Cooperative Marketing Development Federation of India).  The Ministry also plays a political gimmick by stating that the recent revised prices of MFPs items are not to be given undue publicity in the poll-bound states, which means the forest gatherers in poll-bound states cannot avail the revised MSPs of their procured MPs until the poll is over.

The ministry seems to accept its inefficiency in getting clarity on newly added 14 MFPs and its market in the country in a more scientific basis. It was found dependent on an external agency’s recommendations and approvals when it comes to revisiting the prices again. The prices fixed for the newly added 14 MFPs do not go in line with the current market demand. For instance, the Hill Broom Grass is Rs 10 per kg. It is much lower than the prevailing market price in Odisha, Andhra Pradesh, Chhattisgarh and Jharkhand. The local market price of Hill Broom is between Rs 30 Rs 40 and even more in the off season. By fixing Rs 10 for the same, the ministry is probably favouring the traders rather than the primary gatherers.

Similar is the case with tamarind (de-seeded), which has a high demand in southern India and the price never goes down below Rs 50 per kg. The buyers gain an upper hand due to this faulty pricing and primary gatherers don’t get a fair price they are supposed to get.

It has been more than a year since the guidelines were revised and prices were changed, but there is still no prescribed Fair Average Quality (FAQ) parameter developed for 14 MFP by TRIFED. It is because of this lacuna, the State Procurement Agencies are not procuring these MFPs from the gatherers. This reflects the discriminatory attitude of the government towards the producers of MFP as compared to the attitude it holds for the producers of agricultural produce. It is apparent that the government is even less concerned about the plight of the Tribals and OTFDS who depend on MFPs for a living. The Rule 16 of the Forest Rights Act Amendment Rules clearly instruct the state machineries to provide  handholding support to tribal and other forest-dependent communities to strengthen their  forest-based livelihood and get remunerative price out of it.

MSP’s main objective is to provide fair returns to the MFP gatherers and provide necessary infrastructure at local level. The scheme envisages fixation of Minimum Support Price for the selected MFP based on the suggestion received from TRIFED and state and declaration of MSP for selected MFP by the Ministry of Tribal Affairs. Procurement and Marketing operations at pre-fixed MSP will be undertaken by the designated state agencies. The Centre will provide 75 per cent of the working capital requirement in initial two years in the form of share capital grant and share losses. MSP has been designed as one of the social safety measures for the MFP gatherers, who are primarily members of Scheduled Tribe.

The latest guidelines, however, allow the states a free hand to completely stop the scheme with clause 3.1 clearly stating: “State is also at liberty to suspend the process of procurement or not to do procurement of MFP at all.” This clause takes away all that was given under the scheme and empowers the state government to stop the scheme altogether.  The guidelines also discourage construction of storage facilities and warehouses.

The actual progress of the scheme on the ground has been very slow. In 2015-16, only the states of Chhattisgarh (Rs 38.99 crore) and Jharkhand (Rs 4.73 crore) had done procurement exceeding one crore rupees. Odisha (Rs 9.5 million) and Maharashtra (Rs 3.1 million) were the two other states with noticeable procurement. In 2016-17, Chhattisgarh (Rs 25.28 crore) and Odisha (Rs 1.63 crore) have done procurement over Rs 1 crore. Andhra Pradesh has so far procured MFPs worth Rs 1.1 million.

Not only has there been a sharp drop in the declared Minimum Support Price of most of the identified items, the revised guidelines have also weakened the commitment of the government to run the scheme. The revised guidelines have also mandated that any expenditure incurred for training programme for implementation of the scheme would now have to be shared by the Centre and the state at 50:50 ratio. Previously, almost all expenditure was supposed to be shared 75:25 between the Centre and the states. In fact, of the total expenditure envisaged under the MSP for MFP Scheme, close to 80 per cent (or Rs 967.28 crore) was to be borne by the Centre while about 20 per cent (or Rs 249.5 crore) by the state governments.

Under such circumstances, the least that was needed to be done was to judiciously fix the price of key MFPs again and to expedite the implementation of the MSP Scheme. The capacities of the State Procurement Agencies (most of which are seriously under-equipped to handle large-scale procurement) need to be enhanced. Better monitoring and ensuring greater awareness among the Tribal and Other Traditional Forest Dwellers Communities about their rights and opportunities under the scheme would help them strengthen their livelihood.