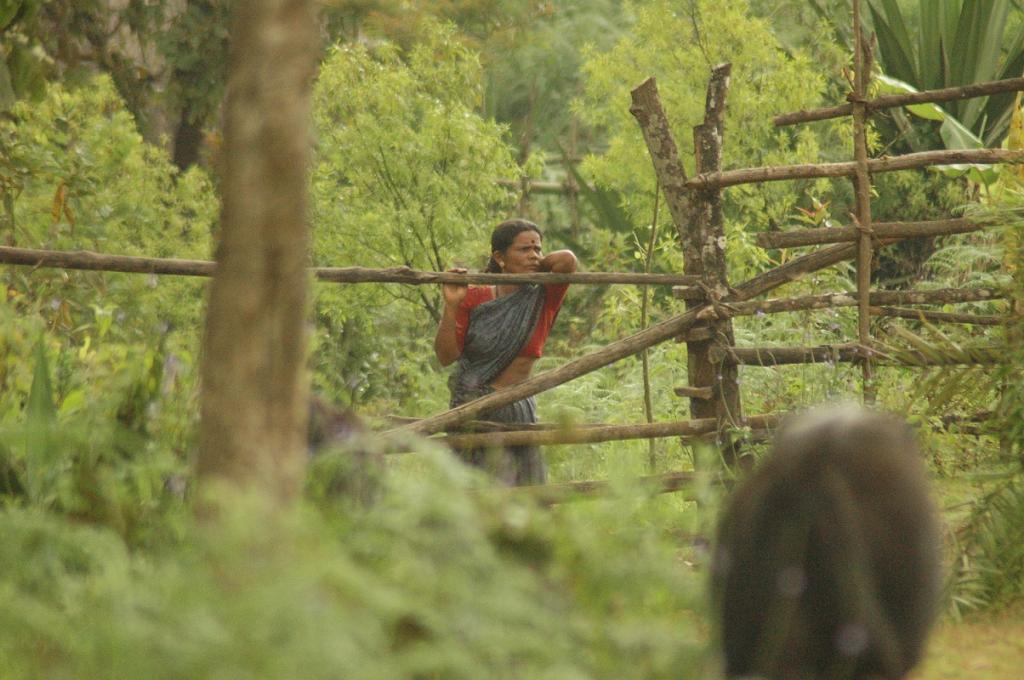 The order is already starting to have implications on forest rights of communities living inside CTHs. Credit: Agnimirh Basu / CSE

In a letter dated March 28, 2017, the National Tiger Conservation Authority (NTCA) of the Government of India ordered against the recognition of forest rights (which are rights recognisable under the Forest Rights Act, 2006) in ‘critical tiger habitats’. The order has raised many eyebrows with questions being asked on the legality of such an order and the authority of the NTCA to issue it.

The two-sentence order-cum-letter has been based on a premise-that forest rights cannot be conferred inside 'critical tiger habitats' because guidelines for notification of 'critical wildlife habitats' which were envisaged under the FRA, 2006) had not been issued yet. This is confusing because the declaration of the two habitats is governed by two different legislations, which follow a two-step process–identification and notification.

Critical 'tiger' habitats (CTHs), also known as core areas of tiger reserves—are identified under the Wild Life Protection Act (WLPA), 1972 based on scientific evidence that "such areas are required to be kept as inviolate for the purpose of tiger conservation, without affecting the rights of the Scheduled Tribes or such other forest dwellers". The notification of CTH is done by the state government in consultation with the expert committee constituted for the purpose.

‘Inviolate’ is a general term used to indicate no human settlement and usage. This inevitably implies that establishing CTHs as inviolate areas requires relocation of people living in such areas. The Section 38V (5) of WLPA, 1972 clearly states: "…no Scheduled Tribes or other forest dwellers shall be resettled or have their rights adversely affected for the purpose of creating inviolate areas for tiger conservation unless the process of recognition and determination of rights and acquisition of land or forest rights of the Scheduled Tribes and such other forest dwelling persons is complete".

Critical 'wildlife’ habitats (CWLHs), on the other hand, are defined only in the Forest Rights Act, 2006. CWLHs are meant to be areas of national parks and wildlife sanctuaries that are required to be kept as inviolate for the purpose of wildlife conservation (not just tigers). Similar to CTH, the identification of CWLH is done based on scientific and objective criteria, but it mandatorily requires settlement of forest rights under FRA. Unlike CTHs, the notification of CWLHs can only be done with the consent of the Gram Sabhas and affected stakeholders. Post notification, the forest rights in CWLHs can be modified or resettled subject to certain conditions.

The two processes are, thus, independent of each other where the settlement of forest rights comes at different stages. It is not clear why the NTCA has linked the two categories, causing ambiguity over this subject.

The vague genesis of the order

“The NTCA order may be a backlash of the decision of the Sub-Divisional Officer (SDO) to grant Community Forest Resource (CFR) rights for fishing inside the Pench Tiger Reserve, Maharashtra”, says Neema Pathak who works with Pune-based non-profit, Kalpavriksh. According to media reports, the SDO (Wadamba) had recommended granting fishing rights to 425 villages in 11 forest compartments of Pench, sparking protests from local NGOs. The primary contention of the NGOs was that the villages consisted of communities that were not eligible for rights under FRA. Within 24 hours of the news, the NTCA issued the letter against forest rights inside the CTHs.

The mention of CWLH guidelines in the letter has also been seen as arbitrary by advocates of forest rights. After FRA came into force in 2007, the Ministry of Environment, Forest and Climate Change (MoEF&CC) had issued guidelines (October 2007) to the state governments for notification of CWLHs. States expressed difficulties in notifying CWLHs based on these guidelines and there was no progress.

The MoEF&CC convened meetings with Chief Wildlife Wardens and the Wildlife Institute of India before issuing a fresh set of guidelines in February 2011. The draft guidelines were placed in public domain for suggestions. According to the MoEF&CC officials, final guidelines are still under process, more than six years after they had been drafted.

Implications of the order are already being felt

It is not known when the final guidelines will come out, but the order is already starting to have implications on forest rights of communities living inside CTHs. 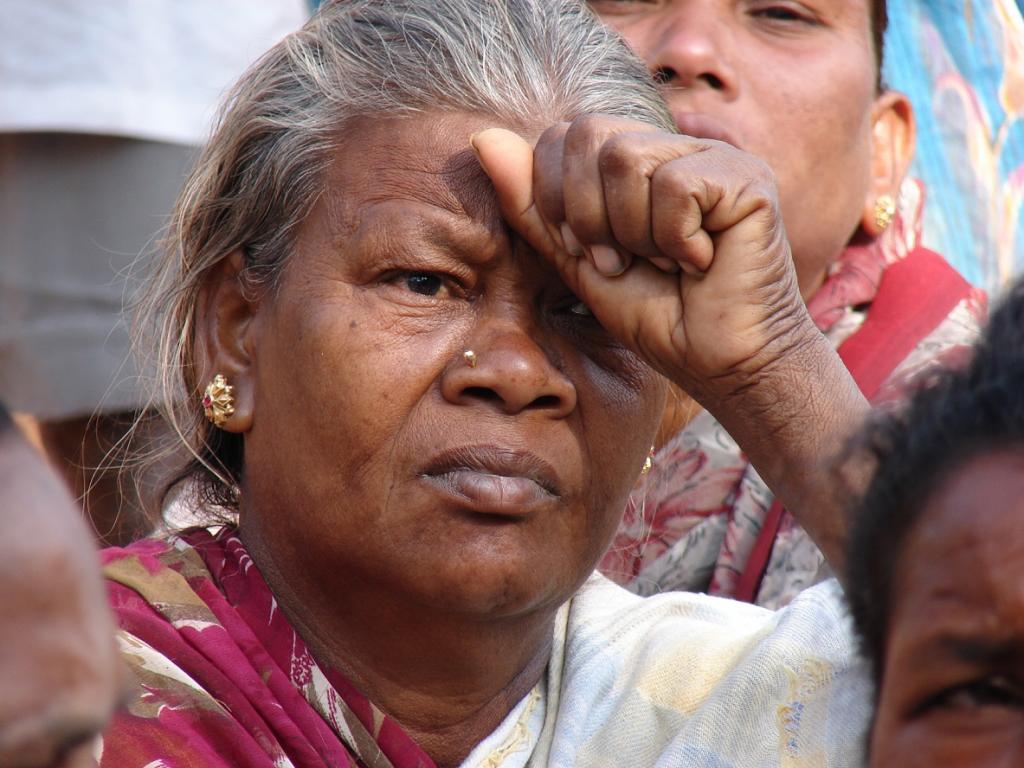 Mankidias, a Particularly Vulnerable Tribal Group (PVTG), living in the forests of Odisha’s Mayurbhanj district, had filed claims for habitat rights under Section 3(1)(e) of the FRA. Traditionally, the community has been collecting fibres of Siali (Bauhinia Vahlii), a Non Timber Forest Produce (NTFP) found abundantly in the core of Similipal Tiger Reserve. For generations, Mankidias have been selling ropes made from Siali fibres. It constitutes an important source of their livelihood. A part of their claim for habitat rights is located inside the CTH of the tiger reserve. The district-level committee (DLC), constituted under FRA, had approved the claim of Mankidias inside the CTH in October 2016 in its entirety, though title deed had not been issued.

Following the NTCA order, a DLC meeting was convened on April 11, 2017, which was also attended by officials of the tiger reserve. The officials quoted the order and insisted that Mankidias had to revise their claim to exclude the core areas of the tiger reserve. DLC heeded, and the community has been asked to revise their claims for habitat rights. The community’s traditional livelihood source has come under threat.

Across the country, there are only a handful of tiger reserves where forest rights have been recognised inside CTHs–the fate of which becomes unclear after the order. In other cases, claims of forest rights inside tiger reserves are either pending with the sub-district or district administration or have been rejected. The reason for rejection has, in some cases, been recorded as the ineligibility of FRA inside CTH. Madizadap village inside the Melghat CTH is a case in point, where the sub-divisional level committee rejected the claim in 2013 on the above premise.

"FRA is a very clear legislation which has the provisions for recognition of rights of the forest dwellers in all forests of India, including the Protected Areas. Unfortunately, recognition and settlement of the rights of the forest dwellers is yet to be done in most Protected Areas, including CTHs," says Sharachchandra Lele from Bengaluru-based non-profit ATREE.

Reigniting the tigers versus tribals debate

There are concerns among advocates of wildlife conservation that the recognition of forest rights will negatively impact tiger populations in CTHs. The concern stems from the assumption that co-existence between humans and wildlife, including tigers, is difficult. Lele refutes these assumptions. "In the Biligiri Rangaswamy Temple Tiger Reserve (Karnataka), the tiger population has steadily increased over the last 15 years, even after recognising community forest rights of the Soligas (October 2011) over the entire tiger reserve," he says. A study carried out in Chitwan National Park in Nepal (Carter et al 2012) also shows that tiger density increased from 3.51/100 sq km in 2010 to 8.7/100 sq km in 2011 despite ubiquitous human presence inside and outside parks during this period.

“There are checks and balances in FRA to ensure that forest rights do not have a negative impact on wildlife, says Pathak. She mentions Sections 4(2)(b) and 4(2)(c) of FRA. Under these sections, the forest rights can be modified or resettled if it is scientifically established that the activities of the forest dwellers or the impact of their presence upon wild animals is causing irreversible damage to wildlife and that co-existence options are not available. "The above criteria for relocation from CWLHs are also applicable for CTHs, but till date, have been completely overlooked by authorities of tiger reserves," she adds.

Where does all of this take us on the NTCA order?

“NTCA has no jurisdiction over the recognition of rights of the forest dwellers as all FRA-related matters are the domain of the Ministry of Tribal Affairs (MoTA). The order has no legal or scientific basis, and should be withdrawn with immediate effect,” says Lele.

MoTA, on the other hand, has been silent on the order so far. Internal sources reveal that the position in the office of MoTA for the FRA official has been lying vacant. It has also been learnt that MoTA has already drafted a response to NTCA’s letter, but cannot issue it in the absence of relevant officials. This raises serious concerns about the political commitment of the Ministry to implement FRA in letter and spirit.

The questionable NTCA order is likely to be challenged in court by many, if not withdrawn. At least, an urgent official response from NTCA or the MoEF&CC, under which it operates, to clarify the related issues is the need of the hour.