Forest conservation & consent: How Gram Sabhas halted risky projects in the past 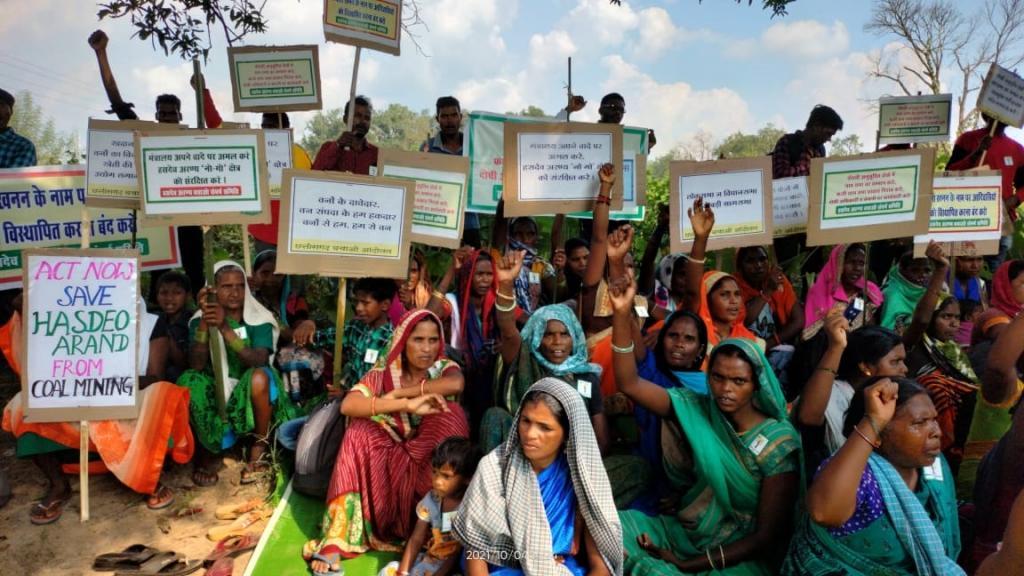 The modifications to the Forest Conservation Rules violate a provision of the Scheduled Tribes and Other Traditional Forest Dwellers (Recognition of Forest Rights) Act, 2006, also known as forest rights act (FRA). This is because it allows private developers to clear forests without obtaining prior permission from the Gram Sabha, the elected body of a village.

“The environment ministry has chosen to uproot whatever is left in compliance with FRA 2006 in forest diversion under the Forest (Conservation) Act 1980,” CR Bijoy, a researcher and an expert in resource conflicts, told Down To Earth.

The critics also said the Forest Conservation Rules 2022 had shifted the responsibility on forest rights to the state governments.

“FRA was enacted to remedy the ‘historical injustice’ and land alienation of Adivasis and forest dwellers. Free, prior and informed consent to any project is an integral part of the FRA framework,” Alok Shukla, an activist who has been at the forefront of Hasdeo Aranya agitation in Chhattisgarh, told DTE. “The new proposed FCA is a fresh historical injustice to indigenous people,” he added.

Here is a look at major projects halted by the Gram Sabha’s power to grant no objection certificates (NOC).

In 2022, the Moorang Gram Panchayat in Himachal Pradesh’s Kinnaur district resisted land usurpation for a proposed 804-megawatt hydroelectric power project in their area.

Locals ran a dedicated campaign under the slogan ‘No means No’, to stop the sanctioning and commissioning of any new hydroelectric power projects in their area and to save whatever biodiversity remained.

“We have not given an NOC to the project because the locals don’t want it. In case the government tries a back-door entry to set up this project, we will not sit quietly. It is a do-or-die situation for us,” The Wire quoted Anoop Kumar, sarpanch (village chief) of the Moorang Gram Panchayat.

The Chhattisgarh government was forced to put three mining projects in the Hasdeo Aranya forest on hold indefinitely, owing to simmering discontent from the locals.

“What do they mean by putting the project on hold? If the public is not in favour, why can they just not cancel the project?” Alok Shukla, convener of the Chhattisgarh Bachao Andolan had told DTE.

The entire affected community also sat on a 75-day sit-in in December 2019. They also carried out a 300-kilometre march to Raipur, asking Chief Minister Bhupesh Baghel and Governor Anusiya Uike to take action against the forged Gram Sabha consent letter, on the basis of which the project was given a green signal.

The village chiefs in Odisha’s Niyamgiri hills refused to approve Vedanta Resources Plc’s proposal to mine bauxite in 2013. This was because as the locals believed that mining even in a portion of the hills would destroy the close ties they had with nature.

The Dongria Kondh tribe and other forest-dwellers in Niyamgiri worship Niyam Raja as their supreme deity. They consider his blessings to be manifested as streams and forest resources — millets, spices, tubers and fruits — on which they survive.

The MoEFCC had to say a final 'no' to the project as a result of the protest by the villagers.

The statutory environment panel had to revoke the clearance given to South Korean steel major POSCO, after the company faced stiff opposition from locals campaigning to save farmland and woodland. The activists had been demanding the revocation of the ‘illegal’ clearance given by the Union ministry.

“The state government had been very keen to sign MoUs with big corporate houses and gift them the best deposits of iron ore at a meagre royalty,” Prasant Paikray, the spokesperson of Posco Pratirodha Sangram Samiti, had told DTE.