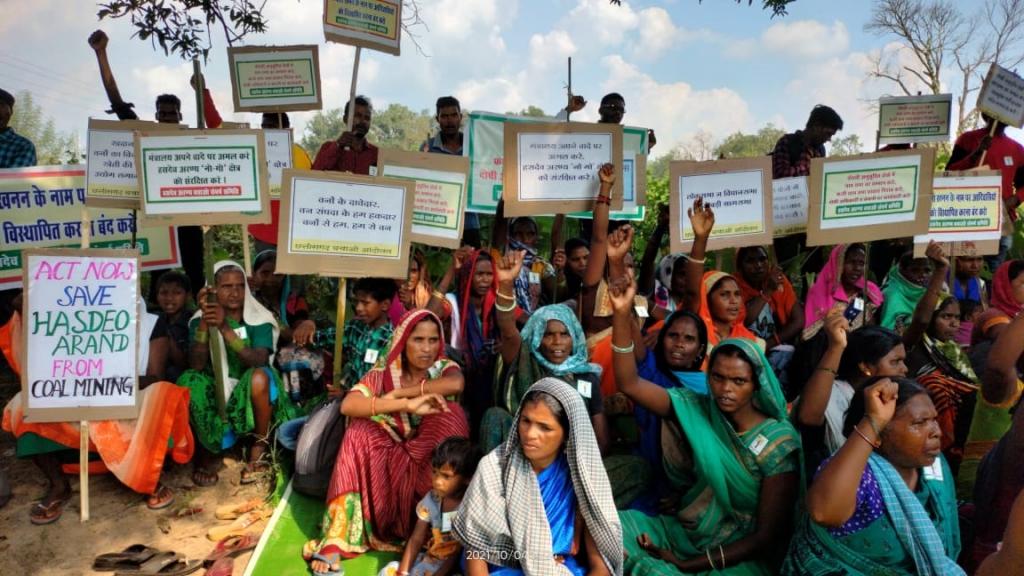 The Chhattisgarh government has put three mining projects in the Hasdeo Aranya forest on hold indefinitely, as a state minister was against the project, the collector of Surguja district told Down To Earth June 9, 2022.

The official process for the Parsa East Kete Basen (PEKB), second phase of Parsa and Kete extension has been put on hold. The projects had come in for sharp criticism from activists and had elicited a wave of protests from residents of the state’s Surguja and Surajpur districts.

Read Down To Earth’s coverage of Hasdeo Aranya

Activists had claimed that more than 200,000 trees spread across 841 hectares of forest will have to be chopped down for the Parsa Mining Project.

The locals of the area had been protesting against these projects since March 2. Local women in Janardanpur village received news April 26 that the forest authorities and district administration officials were about to cut trees. They reached the spot and hugged the trees as a sign of protest, recreating the Chipko movement.

“Mining in Parsa that was already in operation since 2013 will continue, but the official process for the other three projects has been put on hold indefinitely, as member of Legislative Assembly (MLA) Ambikapur and Health Minister TS Singh Deo was not in favour of the same,” Surguja Collector Sanjeev Jha told DTE on the phone.

Jha added that the project would only start if and when the MLA wished.

Chief Minister Bhupesh Baghel then declared that not a single branch would be chopped off if Deo was against the mining project. To this, Deo had expressed gratitude to Baghel on his Twitter handle June 9 morning.

However, activists working in the area are not happy with the development as they believe that it is just a tactic to distract people.

“What do they mean by putting the project on hold? If the public is not in favour, why can they just not cancel the project?” Alok Shukla, convener of the Chhattisgarh Bachao Andolan told DTE.

“This just means that they do not really care about the people or the Gram Sabha. They will continue the project if the MLA wishes,” he added.

The Hasdeo forest covering Chhattisgarh’s Korba, Surguja and Surajpur districts, spans an area of 170,000 hectares. It is a noted migratory corridor and has a significant presence of elephants.

It is also the catchment area of the Hasdeo river, the largest tributary of the Mahanadi. The area was declared as a ‘No-Go Zone’ for mining by the Centre in 2009. Despite this, mining in the region continued as the policy for the ‘No-Go Zone’ was not finalised.

Shukla added that these were just statements and no official order or circular had been passed in this regard.

The Chhattisgarh government had granted the final approval for the Parsa Mining Project April 6, 2022 wherein 841.538 hectares of forest land was supposed to be diverted. The second phase of the PEKB Project, with 1,136.328 hectares had been given the green signal March 25 this year.

The Surguja collector added that the public hearing for environment clearance (EC) of Kete Extension (1,760 hectares), which was scheduled on June 13, has also been cancelled.

The projects are owned by Rajasthan Rajya Vidyut Utpadan Nigam and operated by the Adani Group.