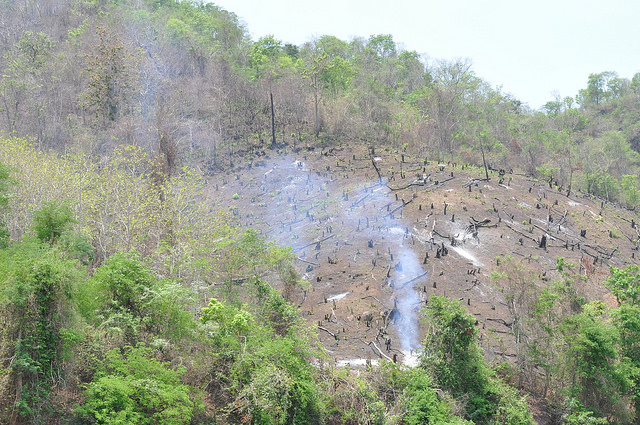 Forest fires have engulfed the northeastern state of Maranhão in Brazil, threatening the Amazonian biodiversity as well as an indigenous tribe.

Though initially the fire started around two weeks ago, little effort has been made to extinguish it.

Global non-profit Survival International, which champions the rights of indigenous people, said the fires were started by logging gangs to evict the locals.

The incident follows a similar fire in the country’s Arariboia Indigenous Territory last month that affected over 12,000 local people.

Maranhão’s forests are home to Awá Indians, a hunter-gatherer tribe, which has only 80 surviving members at present. The community has made efforts to extinguish the fires, but with little success.

Survival International claims that the state government has sent minimal support to the region to save the forests and the local Awá tribe.

This, they feel, may be the result of close ties between some local and regional government officials and the powerful logging mafia. The non-profit has also accused local politicians of racism and bias towards the Awá community.

NGO director Stephen Corry said in a statement, “It might seem shocking to outsiders to learn that loggers are deliberately setting fire to the Amazon, but it’s just business as usual in Maranhão.”

“This is a state where the logging mafia rules the roost, and where there are powerful vested interests determined to rid the forest of its tribes at all costs—including the destruction of that same forest. It’s in all of humanity’s interest that government puts the fires out, catches the perpetrators, and brings the full force of the law to bear against them.”