Forest fires in India: Alerts since April 1 nearly double that of 2020

The country reported 82,170 VIIRS alerts in the fortnight till April 14; Uttarakhand sees significant jump in number 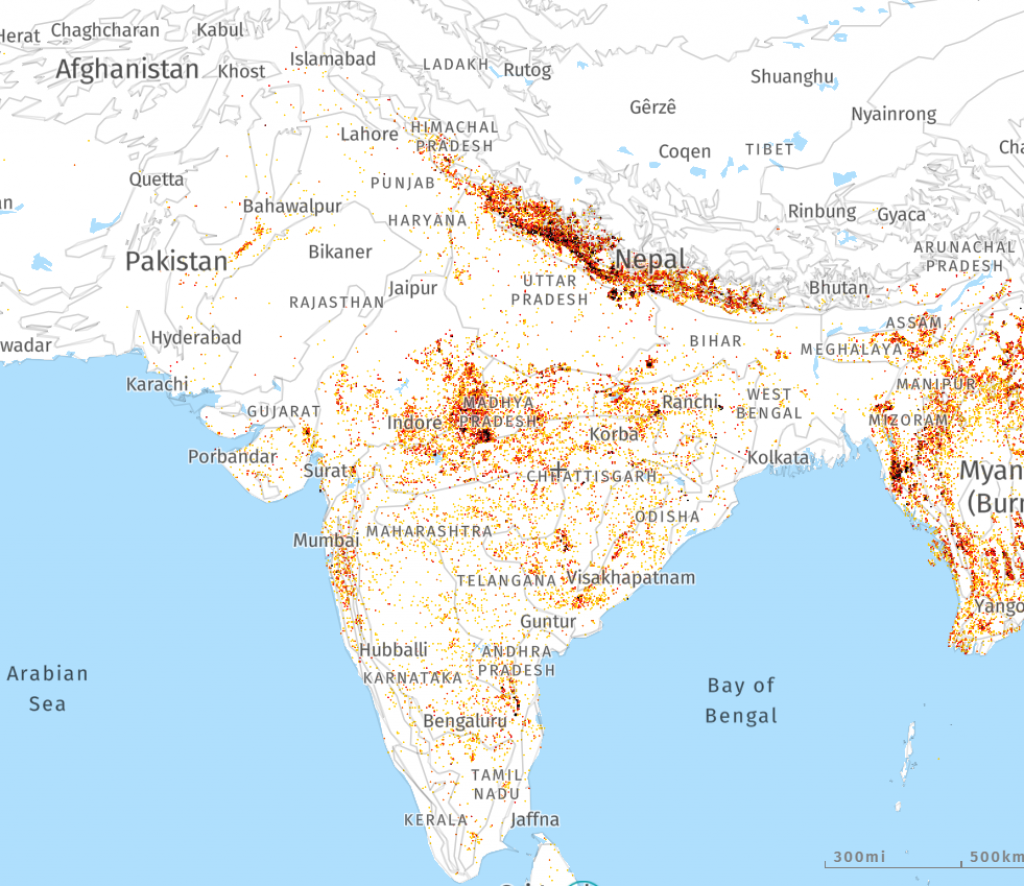 Forest fire alerts from April 1-14, 2021 in India as recorded by the Global Forest Watch, an open-source monitoring application

“In broad terms, the increase in forest fires can be attributed to the rise in temperatures across North India,” Raman Sukumar, honourary professor at the Centre for Ecological Studies, Indian Institute of Science, Bengaluru, told Down To Earth.

“Warmer weather leads to rapid desiccation of fuel (wood, leaves and other inflammable materials found in forests). In such a scenario, even a small ignition is likely to become widespread,” he said.

Temperatures in the first three months of the year have been warmer than usual. March 2021 was the third warmest in 121 years, the India Meteorological Department had said in its review for the month. “The basis for more fires in April was laid in March itself,” Sukumar added.

A majority of the forest fire alerts were concentrated in north and central India, the GFW data showed, mainly in the states of Maharashtra, Madhya Pradesh, Odisha and Uttarakhand, along with parts of Jharkhand and Telangana.

State-wise, Uttarakhand reported a significant jump in alerts. The Himalayan state recorded 8,934 forest fire alerts during April 1-14 as against 72 in the corresponding fortnight last year. Uttarakhand’s forest department had said earlier this month that fires that began in October 15, 2020 were still burning on April 5, 2021, as a result of rising temperatures and poor rainfall.