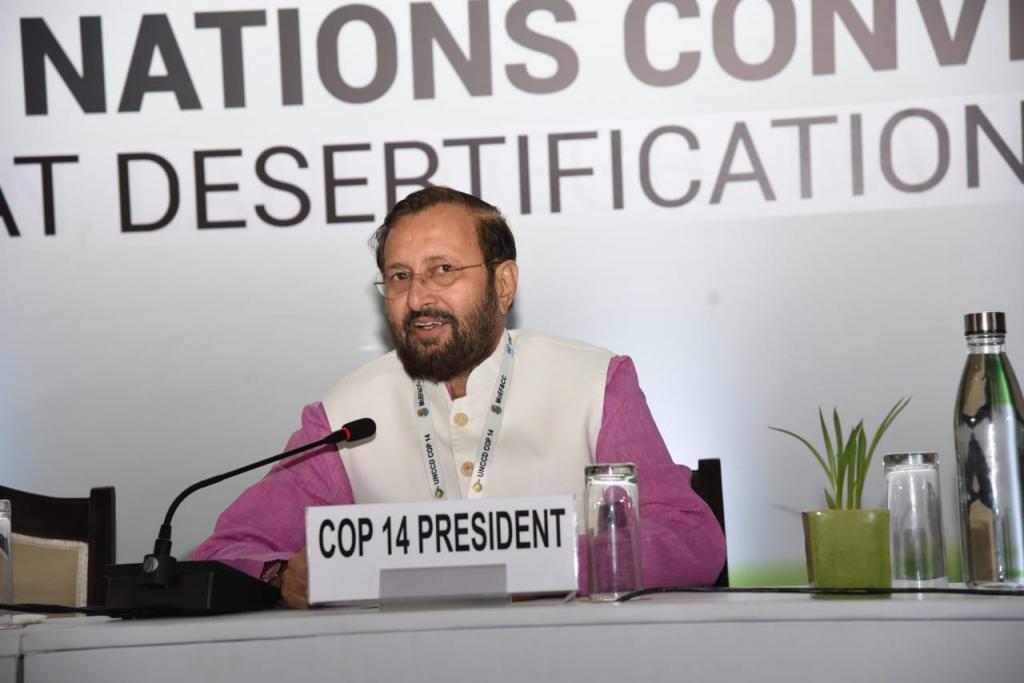 The Centre was committed to giving land titles to all eligible forest dwellers, Union Minister for Environment, Forest and Climate Change, Prakash Javadekar said on September 13, 2019.

“The government is committed to giving land titles to all the eligible forest dwellers. We have given millions of titles in the last five years,” Javadekar said while speaking on the last day of the Conference of Parties (CoP) 14 to the United Nations Convention to Combat Desertification (UNCCD).

“When the Supreme Court ordered the eviction of forest dwellers, our government intervened and got a stay on the order,” Javadekar added, referring to the case filed by wildlife organisations and former forest department officials against the constitutional validity of the Forest Rights Act (FRA), 2006.

On February 13, the court had ordered evictions of forest dwellers whose FRA claims had been rejected.

In the last hearing of the case on September 12, the court had said that it would hear the final arguments from November 26. Interestingly, the Solicitor General of India, Tushar Mehta, who is representing the Centre, was not present at the hearing.

“It is an inter-ministerial issue. I shall talk to Arjun Munda about this issue,” Javadekar said when asked about the Solicitor General’s absence. Arjun Munda is the Union Minister for Tribal Affairs.

During September 12 hearing, the court admitted all the Intervention Applications (IA) submitted to the court. These included 15 IAs from tribal organisations and social scientists.

Admitting the petitions, Justice Arun Mishra, who heads the 3-judge bench hearing the case, said all lawyers representing the tribal organisations should submit one point and could speak on that.

The court also admitted three new IAs from the petitioners, regarding the quashing of the review process of the rejected claims under FRA, utilisation of the Compensatory Afforestation Fund (CAF) Act, 2016 for undertaking a study of rejected claims by the Forest Survey of India (FSI) and making FSI a party.

The court has allowed making FSI a party to the case and has sent a notice to the Centre and states to respond on the question of utilisation of CAF money and the review of the rejected claims. The court will hear arguments on these in the next hearing.

During the hearing, Mishra also observed that a lot of forest land is diverted for building hotels and resorts and it is urban residents who are also responsible for forest loss.