Threatened by an eviction notice, villages come forward to claim their community rights 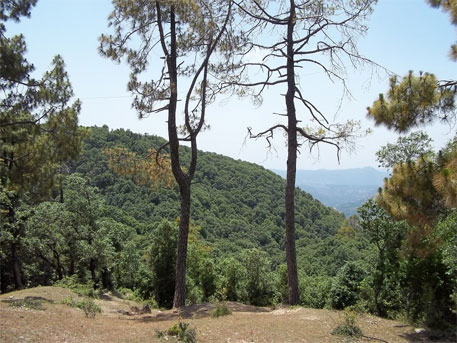 More than 100 villages in Himachal Pradesh have filed their community forest rights claims for the first time since Forest Rights Act (FRA) of 2006 came into being. This happened after the Himachal Pradesh High Court passed an order, in April 2015, asking the government to remove any kind of encroachment in the forests of the state. Himachal Pradesh is one of the few states where the act has not yet been implemented completely.

According to Guman Singh, convenor of Him Niti Abhiyan, a coalition of various non-profits working in the state, they have taken this step to bring to government’s notice the fact that the state government is still in the process of settling the claims under FRA and can therefore not evict people who depend on the forests for their livelihood.

On May 30, Forest Rights Committee (FRC) had submitted the claims to the respective sub-divisional (block) level committees. According to Guman Singh, despite 38 per cent of the state land being a forest cover, the community forests’ claims filed by people under FRA were facing hurdles as people did not know the processes well. “Since 2008, we have been training the gram panchayats to understand the community’s rights over the forests so that they can be preserved well,” he says. So far, 200 panchayats have been trained. According to the state’s forest department, more than 10,000 hectares (ha) of forest area has been diverted to various developmental activities, including hydroelectric projects, mining, road construction, municipal expansion, among other activities. Major land allocation (62 per cent), however, has been made towards hydroelectric power projects.

Till 2013, the forest land was diverted for developmental projects without consent of concerned gram sabhas and on the basis of certificates issued by the chief minister and the deputy commissioners, thus making it a contravention to FRA. Several environmental groups wrote to the then Ministry of Tribal Affairs and Ministry of Environment and Forests opposing this move. It was only after April 2013, when both the ministries clarified their position over criticality of gram sabhas’ consent that the Himachal Pradesh government made a move towards formation of FRCs at the gram sabha level.

Now, Him Niti Abhiyan is not happy with the high court’s order as claims for getting land under FRA are still being filed. In the absence of claims made by gram panchayats, anyone depending on forests for their livelihood will be evicted unless claims are recognised by the state. Singh cites the Niyamgiri judgement in which Supreme Court ruled that no proceeding of divergence of forest and evictions can be carried out till the recognition and verification procedure is complete under FRA 2006. “Now that these claims have been made, we would urge the state government to implement FRA in the state before it starts evicting people,” he added.

According to the latest Forest Survey of India report, about 38 per cent or 55,000 square kilometres of the state is covered with forests.

Earlier on April 9, 2015, Himachal Pradesh high court had ordered the state government to evict all the encroachers in six months. The order came in response to a public interest litigation on the encroachment in forest areas.

According to a status report furnished by forest department to the court, 9,612 cases of encroachment over less than 10 'bighas' (five bigha is equal to one acre or 0.0809 hectares) of forest land had been registered up to September 30, 2014. The state government had already acted on 3,392 cases of illegal encroachments by evicting the encroachers Himachal Pradesh Public Premises (Eviction & Rent Recovery) Act.