How accurate are government’s claims on forest rights in Odisha 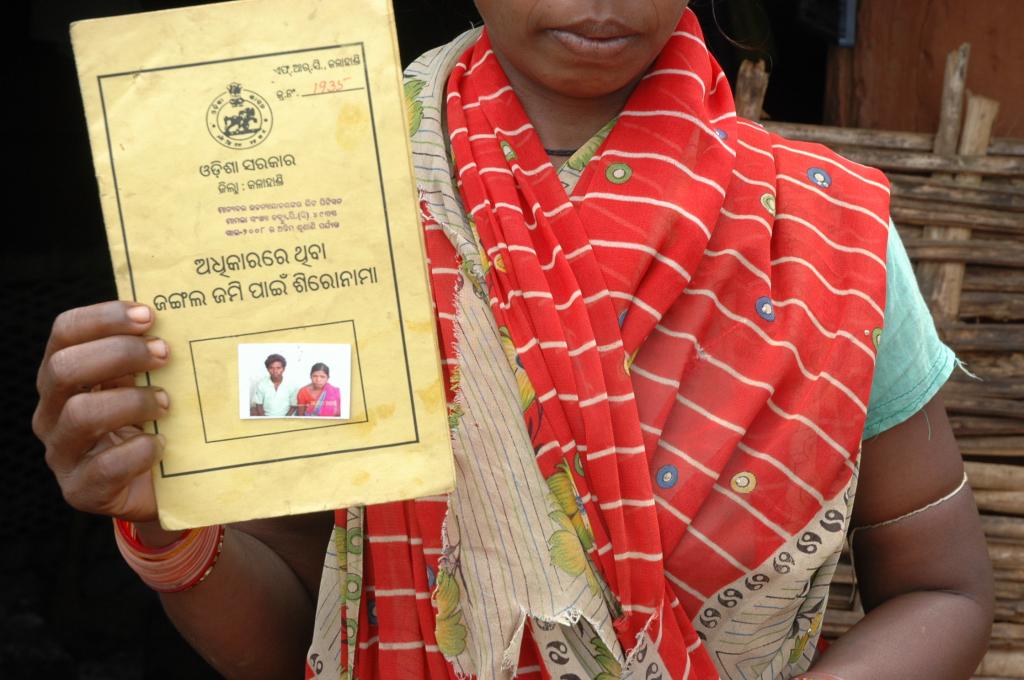 The state claims that about 406,745 individual family titles have been granted till June (Credit: Kumar Sambhav Shrivastava/CSE)

Review of forest rights implementation by Centre’s monitoring programme PRAGATI (Pro-Active Governance and Timely Implementation), has found Odisha to be the best performing state. The review has also said that convergence of the Scheduled Tribes and Other Traditional Forest Dwellers (Recognition of Forest Rights) Act, 2006 (FRA) with other poverty alleviation programmes was successful.

“About 406,745 individual family titles and 5,942 community rights covering nearly 609,553 acres and 327,171 acres respectively, have been distributed till June under the FRA,” said Odisha’s scheduled caste and scheduled tribe development secretary Surendra Kumar. He added that the rate of FRA claim rejection in Odisha (24 per cent) is lower than the national average (45 per cent).

However, the Centre and state governments’ claims are not in sync with a report by the Comptroller and Auditor General of India’s (CAG) tabled in December 2016.

The CAG report titled General and Social Sector Odisha stated, “Forest Rights Act was not implemented in the state in conformity with the provisions of the Act. Claims of Other Traditional Forest Dwellers were rejected for want of evidence in support of possession of forest land for 75 years. Thirty-five out of 51 test-checked claims were irregularly rejected and the claimants were not intimated about the reasons for rejection, thus, denying them the opportunity to file petition.”

The report also observed that the state government had “neither conducted awareness campaigns nor surveys, as required under the Act, to sensitise and identify beneficiaries.”

“In spite of recent claims to be number one in recognising Individual Forest Right (IFR) in the whole country, the Odisha government had admitted to not having demarcated most of the land issued IFR. Even the rights of other traditional forest dwellers have been bypassed despite recommendation of local gram sabhas in Sundergarh district,” said Chitta Ranjan Pani of Vasundhara, a non-profit working on tribal rights in Odisha.

There was misreporting of expenditure too. “Though Rs 2,034.44 crore was reported to have been utilised under IAP (Integrated Action Plan) during 2011-16, CAG observed that in the five test-checked districts alone, Rs 68.61 crore remained unspent with district planning and development agencies (Rs 15.56 crore) and 30 test-checked enforcement authorities (Rs.53.05 crore) and these were lying in their bank accounts as on 31 March 2016. This showed that utilisation reported was incorrect,” the report stated.

“Both the ruling parties are busy claiming to be the best for tribal development, when in fact they both have completely failed to address various issues related to tribal life and livelihood,” Pani said.