In carbon negative Sikkim, emissions are on the rise

A preliminary report by the Sikkim government suggests the green state is carbon-negative, but emissions are on the rise 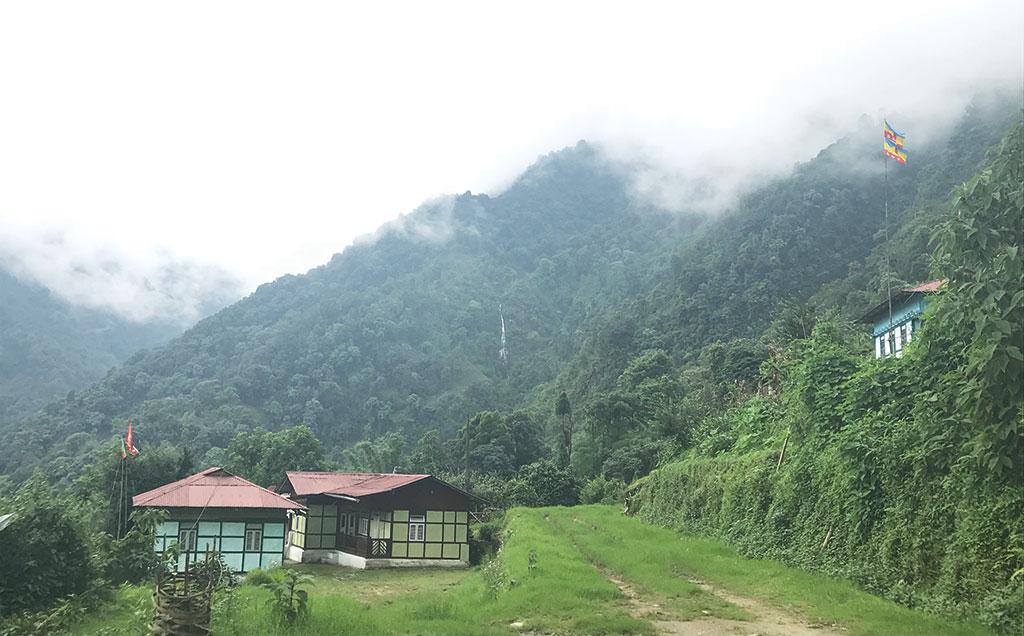 Sikkim has become the first Indian state to assess its carbon footprint and estimate a trend for emissions. As part of its initiative “Sikkim Climate Inventory and Monitoring System” launched last year, all sectors in the Himalayan state, like transport, tourism, industry, roads, agriculture, are being studied to estimate carbon emissions from each of them. For instance, an increase in tourism means more vehicles, more hotel construction, road building to interior areas, which, in turn, means more carbon emissions. Under the project, being implemented by the forest department to create an inventory of greenhouse gas emissions, the total is then juxtaposed with the carbon sequestration by the state’s forests to find out its carbon footprint.

“Sikkim is not only carbon-neutral, but carbon-negative, according to the preliminary report. This means our forests sequester more carbon than the state’s total emissions,” says Thomas Chandy, the state’s principal secretary-cum-principal chief conservator of forests. The final report should be ready in six months after more data from the industry and tourism sectors, he adds.

As much as 82 per cent of the total area of Sikkim is under forests. Of this, nearly 31 per cent is protected forest while 7 per cent is dense forest. In carbon sequestration, trees, grasses and other plants absorb atmospheric carbon dioxide (CO2) through photosynthesis and store it as carbon in biomass (trunks, branches, foliage and roots) and soil. The process helps offset CO2 in the atmosphere from deforestation, forest fires and fossil fuel emissions. The Paris Agreement, an accord within the United Nations Framework Convention on Climate Change, recognised the role of forests as carbon sinks for mitigation of climate change under Article 5.

Sikkim has always done well in sequestering carbon but this is the first time it has been found carbon-negative. In 2012, a state government report Climate Change in Sikkim called the carbon sequestration of forests in Sikkim “very significant in India”. A study published the same year by the Indian Institute of Science (IISc), Bengaluru, put Sikkim’s annual CO2 emissions at 432.3 gigagram/Gg (1,000 Gg= 1,000,000 kg=1 teragram/Tg) per year, but estimated its carbon storage capacity to be 382.1 Gg per year—less than the carbon emissions, making it carbon-positive. The IISc study, which calculated state-wise carbon emissions and sequestration capacity, declared Arunachal Pradesh as India’s major carbon sink, with a carbon storage capacity of 10 Tg per year against CO2 emissions of 561.2 Gg per year.

Another study published in 2015 on carbon emissions in the northeast, found that of the total CO2 emissions from energy sector in the region, the maximum share was from Assam (86 per cent), while Sikkim contributed only 1 per cent. Methane emissions from agriculture (paddy cultivation and livestock) and energy sector (fuelwood and LPG) were again found to be the highest in Assam and the lowest in Sikkim. In Sikkim, 55 per cent methane emissions were from livestock, followed by paddy (32 per cent), fuelwood (8 per cent) and LPG (5 per cent).

Chandy refused to share more details of the government study as the final report is not out yet, but cautioned that in last 10 year, carbon emissions in the state were on the rise (though they still seem to be below carbon-neutral values). He says: “Our study will help the state government prepare a roadmap and undertake projects for carbon neutrality.” The state government will set up climate monitoring cells in each department, with the forest department as a nodal agency. These cells would find ways to make future projects carbon-neutral or negative. Lauding the initiative, P D Rai, Member of Parliament (Lok Sabha), Sikkim, said the study would conclude which way the state was headed, and hence, was crucial (see “Carbon-negative states should be compensated”).