With an annual import value of over Rs 40 billion, the country accounts for close to 10 per cent of the global illegal wood trade 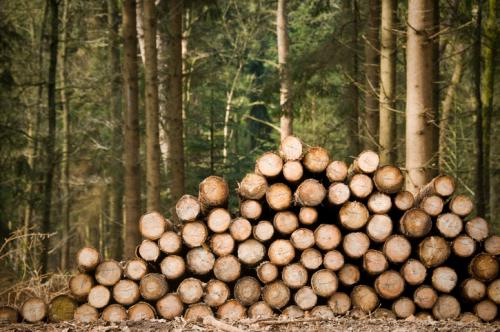 India is the third largest importer of illegally logged timber in the world, after China and Vietnam, a study by the International Union of Forest Research Organizations (IUFRO) shows. With an annual import value of over Rs 40 billion, the country accounts for close to 10 per cent of the global illegal wood trade.

More than 40 renowned scientists from around the world coordinated by the IUFRO contributed to the study, which was released at the Conference of Convention on Biological Diversity in Cancun, Mexico earlier this month. The study estimates almost one-third of tropical timber traded globally to be illegal, sourced from clearing and converting natural forests. Most of the forest conversion has taken place in Amazon region and Southeast Asia. While forest conversion in the Amazon has been curtailed to some extent in recent years, timber trade has shifted to markets like China and India owing to the less stringent regulations. The study also highlights that the economic growth in these two countries is driving the demand for illegally harvested timber.

The top producers of illegal timber are Indonesia, Myanmar, Cambodia, Brazil followed by the Russian Federation and Papua New Guinea—countries that lie in Southeast Asia and Amazon regions. This shows that illegal logging is not limited to tropical forest regions, but extends to temperate and boreal forest regions. A large part of this illegal forest conversion is for commercial agricultural production, particularly export-orientated agricultural goods like palm oil and soybeans, among others.

“Forestry crime including corporate crimes and illegal logging account for up to (US) $152 billion every year, more than all official development aid combined,” said Erik Solheim, head of UN Environment, one of the partner organisations supporting the assessment.

Illegally harvested and traded timber continues to strongly impact environment and economies, endangering biological diversity and climate change mitigation. The report also shows that in some parts of the world, organised forest crime may be extremely violent and has been associated with the financing wars and conflicts.

With illegal logging being acknowledged as a serious crime, the problem has gained new momentum. Alexander Buck, IUFRO executive director focused on recognising illegal logging as a multi-sectoral problem. He says, “Illegal conversion of forests to agricultural land is an example that clearly shows the need for a broader cooperation, in this case between forestry and agriculture.” Scientists of the study call for more research and data to address all dimensions of illegal logging, thereby providing for a sustained future of forests.