Kenya's struggle to modernise traditional medicine is far from won

In the last two decades, neglect of traditional medicine has been replaced by renewed focus and a raft of policies and new laws 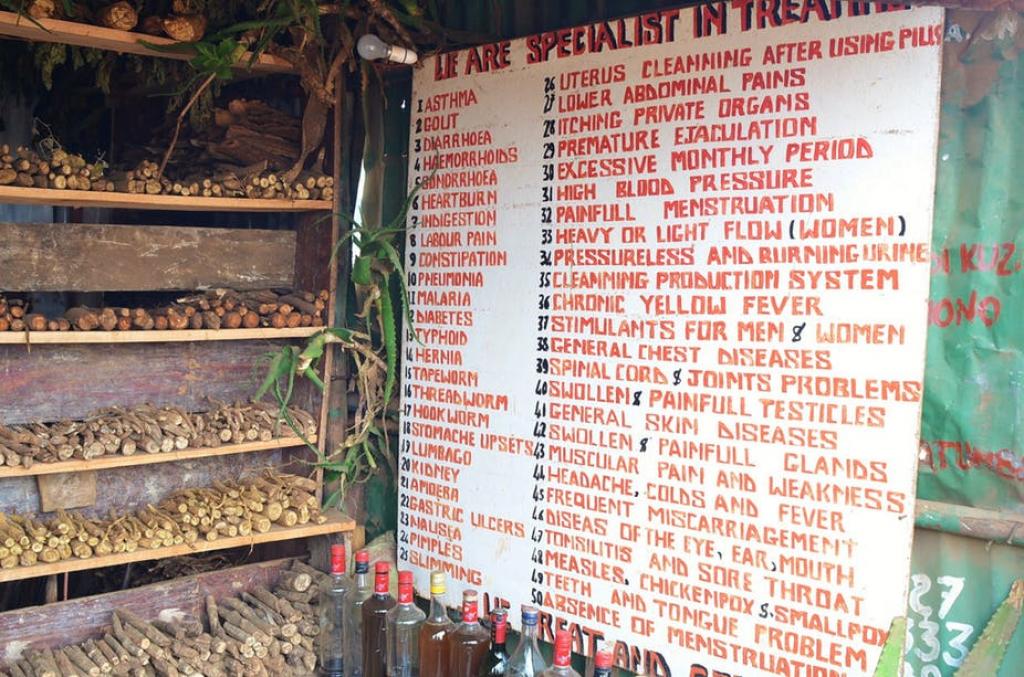 Over 70% of Kenyans rely on traditional healers as their primary source of health care. This number is high because healers respond to diverse needs – they work as herbalists, birth attendants and spiritualists and they’re within reach of ordinary citizens.

Some estimates suggest that there is one healer for every 950 patients, compared with one doctor for every 33,000 in Kenya. Traditional healers work in both rural and urban settings. And their treatments fill gaps in the official health system.

Healers also enjoy legitimacy and authority, particularly in villages. They are also custodians of precious biodiversity and the bearers of traditional knowledge.

Today, in the larger towns and cities, healers complement or compete with biomedicine, rather than substitute it. Some operate commercial clinics with their own staff, production systems and internet presence. Others retail remedies on the kerbside or advertise in newspapers and on lampposts offering cures for physical, sexual and emotional complaints.

In a recently published paper, I look at the steps that have been taken in Kenya to integrate traditional medicine into the country’s healthcare system and to protect community and national interests in traditional medical knowledge. I identify the shortcomings in policies that have been put in place and what’s missing, particularly when it comes to regulating practitioners and intellectual property.

Early independence governments prioritised western biomedicine, as pointed out by historian Kenneth Ombongi in his chapter in The Anthropology and History of Medical Research in Africa.

In 1969 Kenya’s first president Jomo Kenyatta dismissed healers as charlatans, while health officials called for them to be outlawed, wrote historian John Iliffe in his book East African Doctors: a History of the Modern Profession.

This changed in the mid-1970s. The shift was influenced by the World Health Organisation’s drive to promote accessible primary care by integrating traditional medicine into the state system. This had already been done in China, Vietnam and Korea.

In Kenya a dedicated traditional medical research unit was opened at the Kenya Medical Research Institute (KEMRI). But, unlike other African countries such as Ghana, Tanzania and Zimbabwe, plans to professionalise traditional medicine came to nothing.

In the last two decades this neglect has been replaced by renewed focus and a raft of policies and legislative changes. In my paper, I argue that these changes have focused on two aspects of traditional medicine: practice and knowledge. While the renewed attention is welcome, the outcome on neither front has been totally satisfactory.

The problem with policies

Recent health policies have been geared to meeting the state’s constitutional obligation to ensure adequate and safe healthcare. Officials recognised that access could be improved, in part, by harnessing healers, but only where quality can be assured.

The problem is that there’s insufficient regulation. The National Policy on Traditional Medicine and Medicinal Plants has noted that the optimal dosage of herbal remedies is often unclear because they’re usually stored badly. In addition, many healers treat patients in parallel with ongoing biomedical procedures. This increases the risk of complications setting in. And finally, so-called quacks mislead vulnerable and desperate patients.

The agreed response is greater legal involvement by enforcing detailed standards and controls and applying the framework for licensing and disciplining healers included in the Health Act passed in 2017.

The results so far may have been patchy. But the long-term ambition is clear: to standardise and modernise traditional practice.

Kenya, like many other developing countries, has suffered from the appropriation of valuable medical know-how and materials by foreign companies. Documented cases of biopiracy, in Kenya and elsewhere in Africa, are attributed to weaknesses and asymmetries in standard intellectual property law, now enforced by the World Trade Organisation. These tend to favour countries of the global north and companies based there.

Groups at KEMRI and the ministry of culture are working on how Kenya can develop an export-focused natural products industry.

Having the proper laws in place is also important. Progress has already been made on this front. In 2016 the Traditional Knowledge and Cultural Expressions Act was passed. The first of its kind in the world, it created a new type of intellectual property right that allows communities to control access to their resources and to profit from them.

These are early days for the Act which also gives the government significant powers that could trump those of communities. So it’s not clear yet whether national or local development will have priority in the use of these resources.

Traditional medicine in Kenya has proved resilient. It has withstood state neglect as well as the hostility of medical professionals. It has survived the loss of essential forest resources as well as the incursion of foreign interests. It has adapted and extended its popularity in an urbanising Kenya.

But the recent turn to recognition and regulation presents new challenges. Problems of patient safety and bogus practitioners, of vulnerable and unexploited indigenous medical knowledge, all have a ring of truth about them.

The push towards health-for-all and respect for indigenous culture are the popular inheritance of anti-colonial struggles. But the realisation of these values, by addressing the problems, requires deliberation and sensitivity, an acceptance that there will be trade-offs, and a willingness to revise in the light of experience.