Plants can recover after being burned, so why might some species in the Amazon face local wipe out? 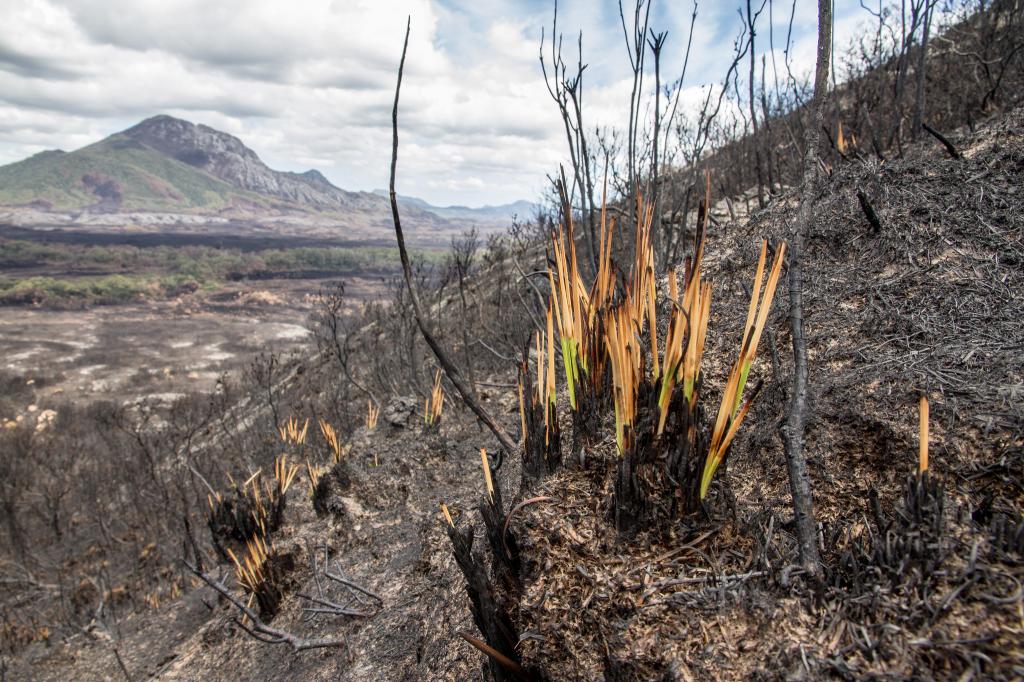 Being rooted in one place gives plants the stability they need to grow and thrive. But as the Amazon fires show, that can quickly turn into a deadly disadvantage. Without any means of escape, it would seem that plants are powerless against the approaching flames. But while they can’t run from fire, that doesn’t necessarily mean certain death.

It’s hard to believe while surveying the aftermath of a wildfire, but plants can actually recover. Shoots can regrow from parts of the plant that are protected from the fire, such as buds buried beneath thick bark or below a layer of insulating soil. Plants that can survive and even thrive after a fire are common in ecosystems such as tropical savannas, where grasses regrow from shoots below ground, even when all vegetation has been incinerated at the surface.

Read more: African grasslands are meant to burn — we can't let this distract from the Amazon fires

Not only can plants survive fire, they can use the experience of being burned to prepare themselves for future fires. In a recent study, we found that savanna grasses with experience of fire were different from those that had never been burned before. Fire-wise grasses invested more of their living tissue, or biomass, below the ground after surviving a fire — where it would be protected from the heat of any subsequent fires — and put more resources into reproducing by producing more flowers.

These differences may mean that fire-wise plants have larger amounts of stored resources to regrow after the fire and produce more seeds for the next generation to spring up in any gaps opened by the fire, compared to those plants that are fire-naive. These lingering physical differences can be thought of as memories of the fire in the wise plants which help them be better prepared the next time their surroundings burn.

Memory in animals is a product of their consciousness — the events they experience are stored and can be recalled by the brain. Plants have no comparable anatomy, but they can react to sudden changes in their environment like wildfires by changing how they grow, ensuring they’re better prepared in case the same thing happens again in future. In the same way wild animals learn to avoid humans after violent encounters, plants shift to storing more of their mass underground in memory of the fire they narrowly survived.

Fire and stressful events cause changes to plants which aren’t permanently fixed within their genetic code and so can be thought of as a product of their short-term memory. The event is likely to be recorded in temporary changes to the plant’s genome that don’t change the DNA sequence itself.

The physical differences between a fire-naive and a fire-wise plant arise because plants can change their structure and appearance to stay flexible in a changing environment. By essentially holding onto short-term memories of fires, plants can maximise their survival in the sudden chaos of a fire and its aftermath and avoid more permanent changes to their structure which could end up being unhelpful if the environment changes again — for example, if fires are permanently prevented in an area by humans.

Grasses appear to “remember” fire for some time. The differences between previously burnt and unburnt plants existed for at least a year, which is how long we studied them for, but these differences are likely to linger for much longer. The same pattern can be seen in plants responding to other stressful events, such as droughts or floods. Young wheat plants that became water-logged for the first time went on to grow bigger and produce higher yields when they were water-logged again in future.

Read more: Plants can tell time even without a brain — here's how

Human activity — such as slash and burn land clearing — and climate change have combined to increase the frequency, intensity and extent of wildfires. But as some plants can prime themselves for future fires, plant communities could become more resistant to these events over time.

That’s the hope at least, but many species of plant can’t recover from fire and are killed outright by flames. The ability to survive fires is often found in plants that evolved in fire-prone environments, such as grasslands, savannas and heathland. But there are plenty of ecosystems that rarely burn, such as tropical rainforests, where plants have little to no defences against fire, having never experienced it in their evolutionary history.

Such species may become locally extinct unless their seeds can withstand the high temperatures. The flora of the Amazon is certainly not adapted to survive this challenge — the fires there may have devastating, long-term consequences.