Punjab, Haryana among the states with least forest cover; the problem runs deep

Are we ignoring the mounting ecological deficit that the country accumulates year after year? 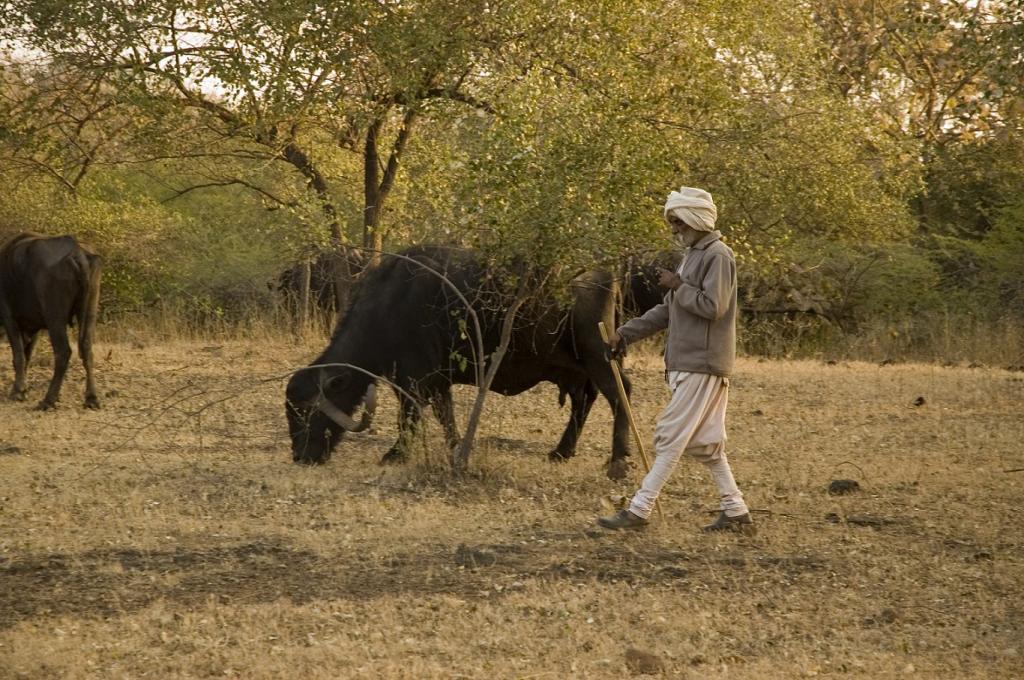 Still, permissions for development projects are given without bothering about complying with conditions for environmental clearance. Credit: Agnimirh Basu / CSE

India has 21.23 per cent of land under forest cover as opposed to 33 per cent recommended in the national forest policy, according to the NITI Aayog. While Punjab tops the list from below with just 3.52 per cent forest cover, its immediate neighbour Haryana is the first runner-up, again from below, with a forest cover of 3.59 per cent.

If government calls it development, I call it a matter of shame that needs serious introspection.

We all must understand and feel worried about the low rate of economic growth, fiscal deficit, huge foreign and national debts, but what about the mounting ecological deficit that the country accumulates year after year. Funds under the Compensatory Afforestation Fund Management and Planning Authority (CAMPA), meant for compensatory afforestation, are grossly misappropriated by the custodians themselves. Environmental clearance for various projects is given by the government of India with certain conditions to ensure that development doesn’t tax the environment. However, it has become a practice to violate the conditions laid down and no one is bothered. In a petition before the National Green Tribunal, Punjab Pollution department stated that though it was “never in loop at the time of planning of the project”, yet it had directed spot inspection of compliance of environmental provisions through a committee. The committee had observed that the work “reached advanced stage in some stretches, the representatives of the companies available at site could not give satisfactory reply regarding compliance of conditions of environmental clearance”. In its affidavit, the committee was further quoted saying that “the representatives could not show any progress regarding compensatory tree plantations to be carried out for the project”.

The affidavit adds that Executive Engineer Central PWD B&R had submitted an incomplete and sketchy compliance report of environmental clearance conditions. This is just the tip of an iceberg because had it not been a regular and accepted practice, the forest cover won’t have receded to 3.52 per cent. After all, how can the forest department, which is custodian of green cover, be ignorant of this shocking fact? More so, the permissions for development projects are still being given without bothering about complying with conditions for environmental clearance. The buck is passed to a contractor, whose job is to lay roads and not compensate for environmental damage and plant trees by using his resources.

Following orders from the Supreme Court of India, the Union Government had constituted CAMPA—an institution to manage funds for afforestation to compensate for deforestation happened due to development projects. Punjab forest department had been apparently throwing all guidelines to winds by utilising CAMPA funds to pay hefty fees to senior advocates in its legal battle in the National Green Tribunal and Supreme Court to defend and justify the deforestation and irregularities in the afforestation. Interestingly, apart from engaging fees, travel allowance to the officers, Rs 100,000 has been paid to the advocates per appearance per case; thereby spending almost Rs 8.6 million so far. Had this fund been judiciously used in replenishing the green cover and ensuring its survival, much of the deforestation could have been arrested.

The CAMPA was set up following the Supreme Court’s verdict in a PIL filed by several civil society groups. The PIL had sought to draw the court’s attention to environmental damage caused by industrialisation and demanded compensation for loss of forest land due to non-forest uses. The apex court had then directed the Centre to set up CAMPA fund along with the governments of 14 states that had seen destruction of forests. The idea was that when forest land is sold to industries, an equivalent area would be purchased elsewhere to plant trees as “compensatory afforestation”. A huge corpus of over Rs 42,000 crore has accumulated into accounts of Ad-hoc CAMPA, a temporary body set up in 2006 by the Supreme Court to manage such funds. The corpus is increasing at a rate of about Rs 6,000 crore per year.

Under the prevailing conditions, it would be desirable to give exemplary punishment to those who are indulging in scams at the cost of our ecology. Excessive “development” activities have already degraded natural resources—forests, groundwater, agricultural soils and marine fisheries among others—to an extent that unique and irreplaceable species are becoming extinct at an estimated rate of up to 30,000 a year—the fastest destruction to have occurred in the last 65 million years. Constant degradation of forests is not only causing death of species, but also resulting in droughts, floods and global warming. The decaying twigs and tress are making soil porous and ultimately barren. India's woods, once dark and deep, are now a living example of man's savagery. The saying—man finds forests but leaves deserts—could not be more true to India. Trees, which are depositories for water resources, are unable to sustain themselves. In such a pitiable situation, how can they be expected to sustain others?