It is easier to spot and tranquilise leopards riding on elephants, say forest officials 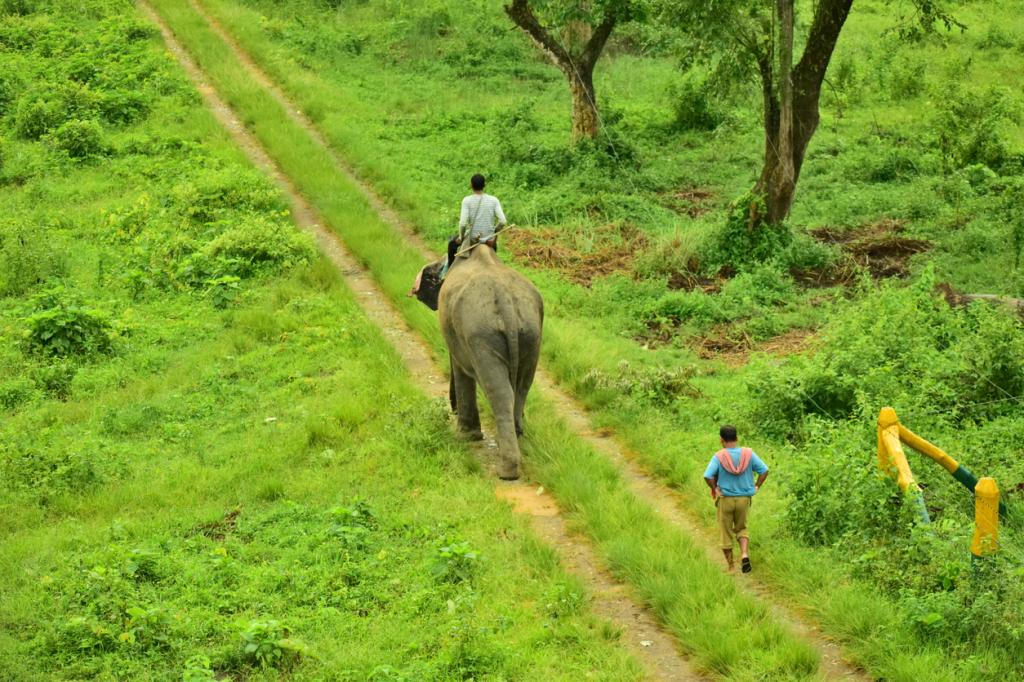 Forest officials preparing to bring cheetahs to Kuno-Palpur National Park (KNP) in Madhya Pradesh seem to be facing a new challenge every day. They have been unable to round up three of the five leopards wandering in the 5 square kilometre enclosure set up for the cheetahs.

The forest department has now brought in two elephants from the state’s Satpura Tiger Reserve to help the veterinarians locate and tranquilise the leopards who have been evading them for weeks.

Previously, the officials set up foot traps, cages and deployed a staff of 100-150 rangers and labourers to catch the three leopards but to no avail.

It is easier to spot the animals sitting on an elephant as it offers a wider view, said the officials. But the two  veterinarians who have been scouring the area near the enclosure have had no luck even after four days of deploying the jumbos, said Divisional Forest Officer, Parkash Verma.

“They are carrying tranquilising guns to immediately dart the leopards and shift them to Madhav National Park (MNP) in Shivpuri,” said Divisional Forest Officer Parkash Verma.

Vehicles get stuck in mud due to the nature of the terrain and incessant rainfall, making the remotest parts of the park inaccessible, the official added.

“We do not have this limitation with elephants. The vets can go even in the muddiest and thickest areas of KNP on elephants, which is why the tuskers were brought in from Satpura,” said Verma.

The two parks are located more than 100 kilometres from each other and officials anticipate that if the leopards posing threat to cheetahs in KNP are sent off to MNP, they will not be able to come back.

KNP has 60-70 leopards with a density of around nine per 100 sq km, which may pose a threat to the new cats being reintroduced. The Cheetah Action Plan (CAP) released this January also mentioned the possibility of conflict between the two Felidae species.

“The officials and elephants are both doing their jobs. It is difficult to say how much time it may take to catch the other three leopards. Let us hope for the best,” said J S Chouhan, Principal Chief Conservator of Forests, Madhya Pradesh.

The eight cheetahs being brought in from South Africa and Namibia will be kept in enclosures for the first two months to ensure they are adapting well to the new environment. This will also give the animals a chance to observe the surroundings from a distance.

They will have a ‘soft release’ into the wild once they acclimatise to KNP. They will be radio collared for round-the-clock monitoring of their movement.

Six-watch towers have been erected in the park to keep an eye on the world’s fastest terrestrial animal once they are released from the enclosures.

Experts from Namibia and South Africa will stay at KNP for two months from the arrival of the animals and will train the local staff to handle the big cats.