Already affected by the COVID-19 lockdown, the wildfires threaten to make collection of minor forest produce even more difficult 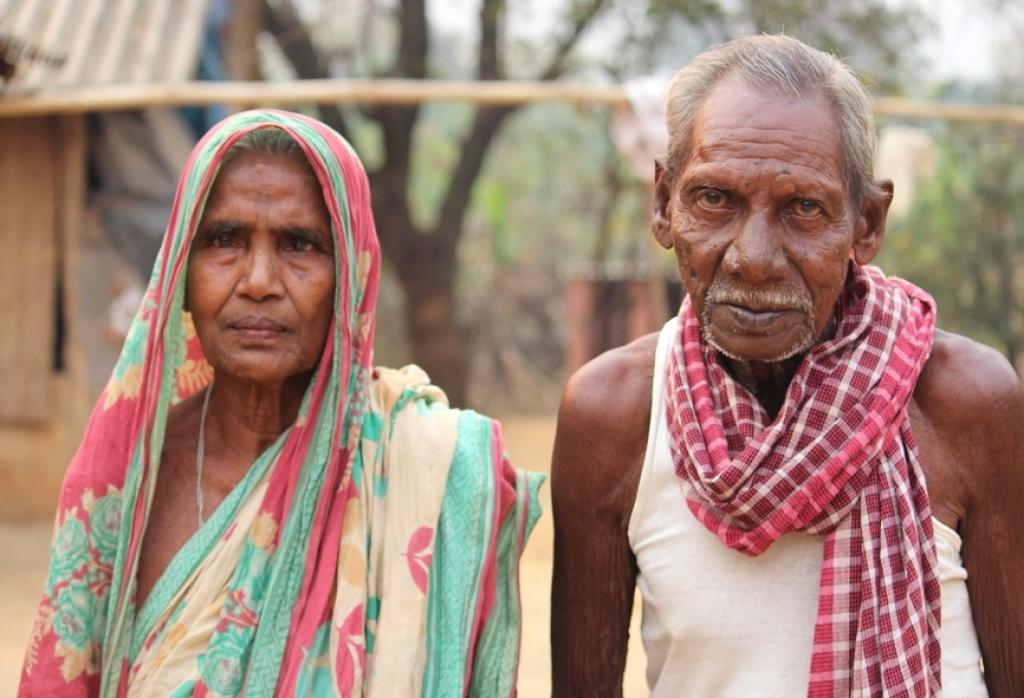 Forest fires have been ravaging the Simlipal Tiger Reserve in Odisha’s Mayurbhanj district for over a fortnight. The rich flora and fauna are facing impending danger as the fire entered the core areas recently. However, several tribal communities around the periphery areas of Simlipal are worried as they rely on the forests to earn their living.

The forest fires could affect the livelihood of several Scheduled Tribes of Mayurbhanj district such as the Kolha, Santal, Bhumija, Bhatudi, Gond and Ho, tribal rights activists in Odisha have warned.

However, the impact could be more drastic among three particularly vulnerable tribal groups (PVTGs) known as the Lodha, Khadia and Mankidia, as they live in Simlipal’s forest fringe areas and largely depend on forest-based livelihood. The tribal population of Mayurbhanj is 58.7 per cent, the highest in the state.

Budhia Bhodta (72), is standing in front of his house at Champagarh village in the Jadunathpur panchayat of the Badasahi block under the Mayurbhanj district. The village is about 30 kilometres away from Simlipal’s core area and inhabited by 25 households who belong to one of the 13 PVTGs in Odisha, known as the Lodha.

The name Lodha means a piece of fish. The total population of the Lodha tribe was 8,905 according to the Census 2011. They belong to the North Munda ethnic group and speak the Mundari language.

The majority of the Lodha people are found in the Suliapada and Morada blocks under Mayurbhanj. Other blocks having a population of Lodhas include Baripada, Badasahi, Khunta, Udala, Shamakhunta and Kaptipada.

“Our forefathers used to live inside the core area,” recalled Budhia. “There were plenty of wild animals then. The forests were also dense. But about 25 years back, the government evicted us from the crore area. Since then, life has become difficult for us.” 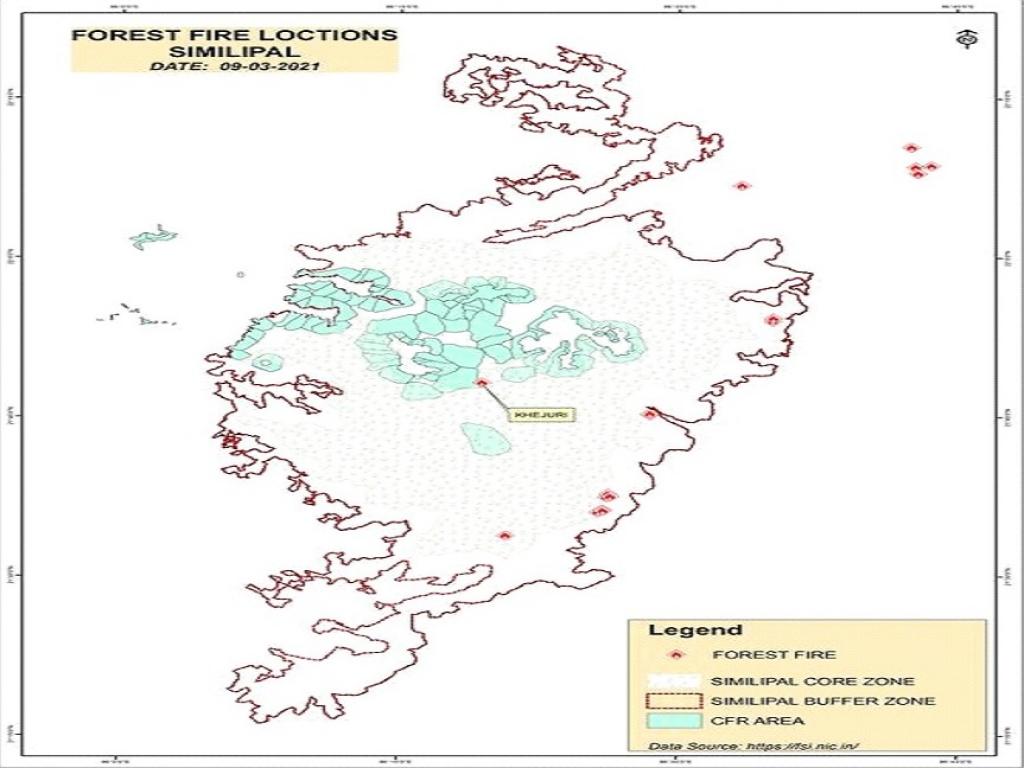 Status of forest fire in Simlipal Tiger Reserve as on March 9, 2021. Map: Vasundhara

Manguli Bhodta, 62, Budhia’s wife said, “We cannot survive without forests. For generations, our menfolk have been collecting honey from them. Women generally harvest a range of wild mushrooms, fruits and leaves. But these days, our people are facing intimidation from forest officials. They often blame us, alleging that we deliberately set fire in the forests, cut trees and hunt wild animals.”

“Without forests, we will die,” Sushil Bhodta (42), a friend of Budhia, said. “Why should we burn the forests? It will kill bees. Honey is our main source of livelihood.”

The honey collection techniques of the Lodha people are eco-friendly and they make sure not to kill the queen bee that plays a critical role in producing offspring, a village elder said.

Ashok Bhodta (38), from Champagarh village, said: “There is not a single mahua tree inside the core area of Simlipal. You can only find mahua trees around the Adivasi villages. And mahua flowers are generally collected after March. So why is the government is criticising us?”

As the fire continued to spread to newer areas while this reporter was in Simlipal, Budhia, Manguli, Sushil, Ashok and many of their community members were worried it might affect their harvesting of several minor forest produce that fuels their economy.

“Minor forest produce supports the lifeline of many tribal communities,” Kadey Soren, tribal development expert, who belongs to the Tiring block under Mayurbhanj, said. “In collaboration with the local community, there is a need to conduct an immediate impact assessment of biodiversity loss.”

“The pandemic-induced lockdown has already affected tribal livelihood across the country,” Laxmidhar Singh, a Ho tribal right activist hailing from Mayurbhanj, said. “Instead of indulging in a ‘blame-game’, government should involve local tribal communities in fire control measures,” he added.