Peatlands harbour a variety of disease-spreading hosts; flora and fauna in them are also being harvested, increasing contact with humans 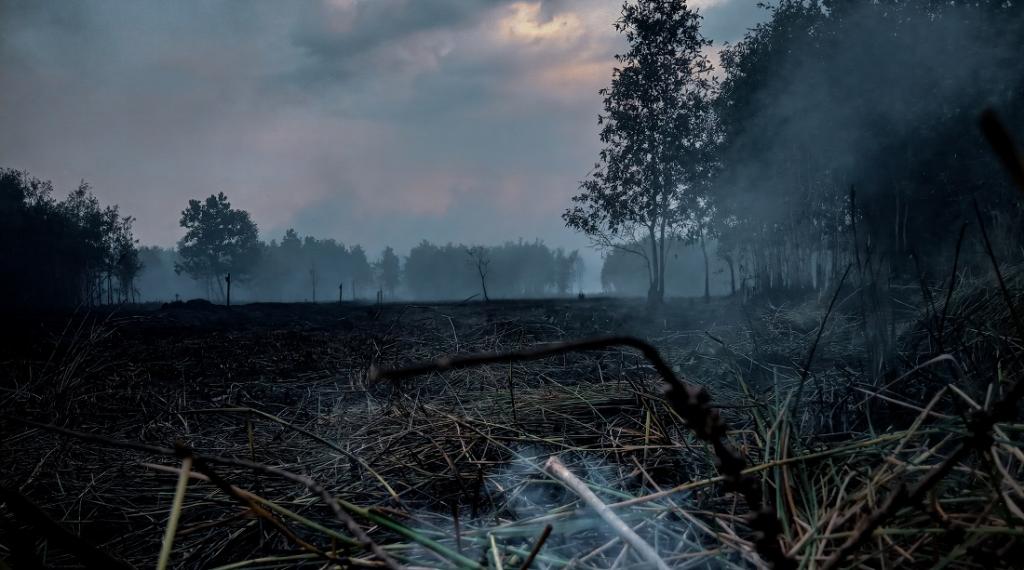 Besides having a large number of vectors, peatlands also face high levels of habitat disruption such as wild or human-made fires and wildlife harvesting. Photo: Wikimedia Commons

Sustainably managing peatlands — peat-swamp forests found around the tropics — can protect humans from future pandemics, according to a new study.

Peatlands were rich in biodiversity, including many potential vertebrate and invertebrate vectors, or carriers of disease, the study said.

These included numerous vertebrates known to represent a risk of spreading zoonotic disease, such as bats, rodents, pangolins and primates. Zoonotic diseases are those that jump from animals to humans.

These areas also faced high levels of habitat disruption such as wild or human-made fires and wildlife harvesting that were perfect conditions for potential zoonotic emerging infectious diseases (EID), it added.

The study gave examples from around the world.

The first reported case of Ebola in 1976 was from a peatland area, as was the most recent outbreak in May 2020, it noted.

The cradle of the HIV/AIDS pandemic was believed to be around Kinshasa in the Democratic Republic of the Congo, another area with extensive peatlands.

Wildlife harvesting for consumption and trade was common in tropical forest nations. For instance, in Central Kalimantan, Indonesia, fruit bats were captured in tropical peat-swamp forest areas and transported to local markets for sale as wild meat.

High densities of domestic and semi-wild animals reared on peatlands could also serve as a direct or indirect zoonotic EID vector to humans, the study said.

The study also talked about large numbers of naturally cave-roosting edible-nest swiftlets being reared in special buildings in many peatland areas, with most nests exported to China.

Sustainably managing tropical peatlands and their wildlife was important for mitigating the impacts of the ongoing novel coronavirus disease (COVID-19) pandemic, the study said.

The move would also help in reducing the potential for future zoonotic EID emergence and severity, it added.

The study titled Tropical peatlands and their conservation are important in the context of COVID-19 and potential future (zoonotic) disease pandemics was published in the PeerJ journal November 17, 2020.