At 88m tall, it dwarfs the previous record holders by almost 30 m 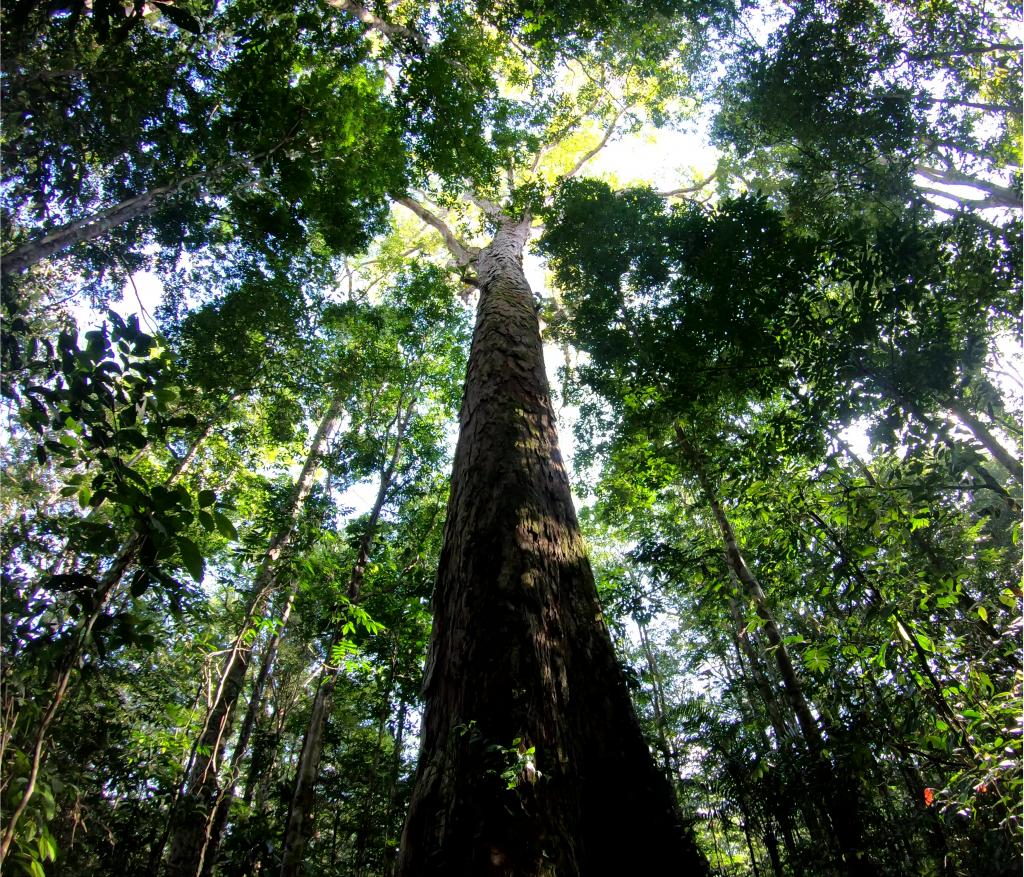 Sometimes even the largest natural wonders can remain hidden from human view for centuries. The Amazon is a dense place, full of life with new species of flora and fauna being discovered every other day. Now, using the same technology that takes driverless cars from A to B, we — led by Eric Gorgens and Diego Armando da Silva, and along with colleagues from Brazil, Swansea, Oxford and Cambridge — have discovered the tallest tree in the rainforest.

At 88 metres tall, it dwarfs the previous record holders by almost 30 m. And it’s not alone either. The Guiana Shield of north-eastern Amazonia, which accounts for nearly 9 per cent of the world’s remaining tropical forests, may contain lots of these gigantic trees. With each one able to hold as much carbon as an average hectare of rainforest, our discovery means that the vast jungle may be a greater carbon sink than previously thought.

We didn’t just stumble upon these trees while strolling in the forest. Between 2016 and 2018, Brazil’s National Institute for Space Research coordinated a project to laser scan large swaths of the Amazon. This project scanned 850 randomly distributed patches of forest, each 12 kilometre long and 300 m wide. Seven of these patches contained evidence of trees taller than 80 m. Most of them were located in the area surrounding the Jari river, a northern tributary of the Amazon.

Even we were surprised by the mammoth tree heights that the scans reported, so we set out on a journey to confirm the findings with our own eyes, determine their species and, of course, climb them.

We set off by boat from Laranjal do Jari in north-eastern Brazil, in humid 35 degree Celsius heat. The first stage of our journey took us to the village of São Francisco do Iratapuru, a community who produce sustainable brazil nuts. The community provided four boats and 12 people to guide us up the river and through the dense and unforgiving forest.

Without their expert assistance we wouldn’t have cleared the hurdles that followed — the first of which was the Itacará waterfall. It took us all of the second day to haul the heavy wooden boats and all of our gear around over land carpeted with thick vegetation to avoid it.

Beyond Itacará, the river ranged from 300m wide and serene to 30m with rocks and rapids. We were relieved to see that someone had packed plenty of spare propellers for the outboard motors — by the end of the trip we had used every single one. At one point our propeller hit a submerged rock and snapped, leaving us without power or steering just as we were trying to force our way upstream through a section of rapids.

We crossed the equator on the third day and covered 70km, before spending most of the next day waist deep in the river, hauling the boats up through eight kilometres of rapids and rocks with ropes and hands.

Having travelled 240 km in total, we finally arrived at base camp on the sixth day. Many of the tall trees were pretty close to the river, so we could visit them quite easily from our camp — although cutting through the dense undergrowth was such tough work that we didn’t have time to visit all of the target sites revealed by the laser data.

We spent the next few days collecting samples and taking measurements of the trees. The highlight was our climber, Fabiano, shooting straight up the trees to measure their height the old-fashioned way — by dangling a rope from the top.

We found at least 15 giant trees, all of which were over 70 m tall and some easily topping 80 m. Surprisingly in this diverse tropical forest, all these trees were of the same species — Angelim vermelho (Dinizia excelsa). This species is common in the Amazon, often used for timber because of its strong, albeit smelly wood. Previously, hoever, it was thought to grow to only 60 m.

We don’t yet know how these trees managed to grow so much higher. As pioneer species — the first to grow into any new areas or gaps in vegetation — it’s possible that they took advantage of some past disturbance that cleared part of the forest, perhaps caused by a storm or by human habitation. The fact that they have survived so long and grown so tall must be at least in part thanks to their sheer remoteness from urban areas and industry.

The laser scanning technology that has enabled this and other recent mammoth tree discoveries isn’t just a plaything for tree lovers. It allows scientists to map forest structure and carbon storage in amazing detail and at unprecedented scales, and so better assess their importance in the global carbon cycle. A number of projects are also collecting repeat data, which will allow us to monitor the changing health in vital forests like these.

In this case, our research suggests that the north-east of the Amazon could store far more carbon than previously thought. Each Angelim vermelho can store as many as 40 tonnes of carbon — that’s between 300 and 500 smaller trees, while occupying the space of only 20. And although we only visited 15 trees, this was a small proportion of the trees the laser scanning data revealed, which was itself covered only a tiny proportion of the Guiana Shield. So, there are likely to be many more giant trees out there — and some may be even taller than our record-breaker.

In the current political climate, there are plenty of reasons to worry about the Amazon, but there is also still room for wonder. The fact that discoveries like these are still being made — even while parts of the forest are being destroyed by logging, burning and agricultural expansion — demonstrates how much there is still to learn about this amazing and mysterious ecosystem.

Sadly, it is likely that many unknown species in the Amazon will become extinct before we even discover them. We must do all we can to protect this majestic rainforest and the treasures — both known and undiscovered — it holds within.

This article is republished from The Conversation under a Creative Commons license. Read the original article