Forest officials dig out remains of a leopard from Haripur Kalan village that borders Haridwar district in Uttarakhand; one of the four leopards mentioned in the report; the cap found as evidence from the crime scene was destroyed. It allegedly belonged to a forest official (Photographs: By special arrangement) 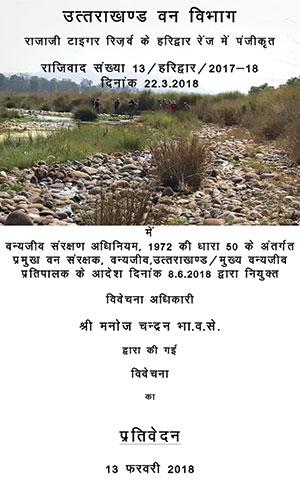 Unbridled poaching, dubious forest officials, blatant denials—murky truths have unfolded at Uttarakhand’s Rajaji Tiger Reserve (RTR). At the centre of the controversy are 11 forest department officials, who, together with poachers, pillaged the park of one of its most protected species. Four leopards and two tigers, along with pangolins and porcupines, were hunted down illegally between December 2017 and March 2018, all in collusion with the park authorities.

Whispers of the nexus have long been heard, but this is one rare instance when it has been established on paper. An investigation report by the chief conservator of forests, RTR, has named officials from the topmost to the most junior positions of the tiger reserve.

Down To Earth, which has access to the investigation report, attempted to contact all the named forest officials. Only three responded. The park director, a wildlife warden, three range officers, a senior veterinary officer, a deputy range officer, a forest guard, two drivers and one firefighter, all cozied up with the poachers and allowed the crime, the report states.

On February 13, 2019, the chief conservator of forests submitted the investigation report to the court of judicial magistrate in Dehradun, Uttarakhand high court, the principal secretary (forests), and the head of forest forces for further action.

At RTR, the biggest hindrance in poaching leopards was Amit, the only informer for the forest department in this case, the report states. So the illegal hunters took help from Motichur range officer Vikas Rawat and charged him in a false case. On January 1, 2018, Amit was arrested for illegally fishing mahaseer in RTR. Incidentally, mahaseer is not found in the area.

By the time Amit was released after about a month, the animals had already been hunted down. He told Anup Bhadola, forester, Dehradun division, that the leopards’ bodies were buried at several places at Haripur Kalan village that borders RTR in Haridwar district. Warning bells were sounded and a raid was ordered by Jai Raj, the state head of forest forces and principal chief conservator of forests.

On March 22, 2018, the forest department seized bones, skin and meat. The Wildlife Institute of India, Dehradun, identified these to be of two leopards and two tigers. It was found that the poachers had sold off some of the skin to illegal traders in Haryana. Incidentally, Haripur Kalan was once home to the community of snake-charmers. They lost their livelihood after the Wildlife Protection Act 1972 made keeping wild animals illegal.

The seizure of animal parts forced the state’s principal chief conservator of forests (wildlife) D V S Khati to order a probe. He made chief conservator of forests Manoj Chandran the investigating officer. After a six-month probe—from June 8 to December 19, 2018—Chandran submitted his interim report to principal secretary, forests, Ranvir Singh, on September 14, and sought permission to charge the park officials with the crime.

The nexus became evident when Singh removed Chandran from the investigation and made park director Sanatan Sonkar, the senior-most park official named in the case, head of the investigation. The order, however, was scrapped by Uttarakhand forest minister Harak Singh Rawat, and another official was posted as the head of RTR.

Chandran’s report states that the leopards were hunted down on the banks of the Ganga river using snares by poachers Nareshnath, Shahrukh, Rinkunath, Dhyannath, Satish, Gurpreet, Shubhamuttam Pratap Singh, Keshav Singh, Rayjen, Dilawar, Virendranath and his son Ajeevanath. But the forest officials let the poachers go scot-free. Worse, they tampered with evidence and tortured witnesses to protect the poachers, the report states.

A plastic bottle and a cap found from the crime scene formed the primary evidences. Forest officials destroyed both these. “DNA of the hair of the accused in the cap could have been used to establish his identity,” the report states. Those closely associated with the case say the cap belonged to a park official.

Amit, on the other hand, was beaten and given electric shocks by wildlife warden Komal Singh, range officers Vinay Rathi and Pramod Dhyani. They forced him to give his thumb impression on a blank paper. It was later used in a fabricated statement, which showed his involvement in poaching activity. On March 30, Amit was again sent to judicial custody on charges of illegal entry in forest area. “The officials tried to delay and misguide the probe by giving contradictory statements and sometimes refusing to show up for inquiry,” the report states. 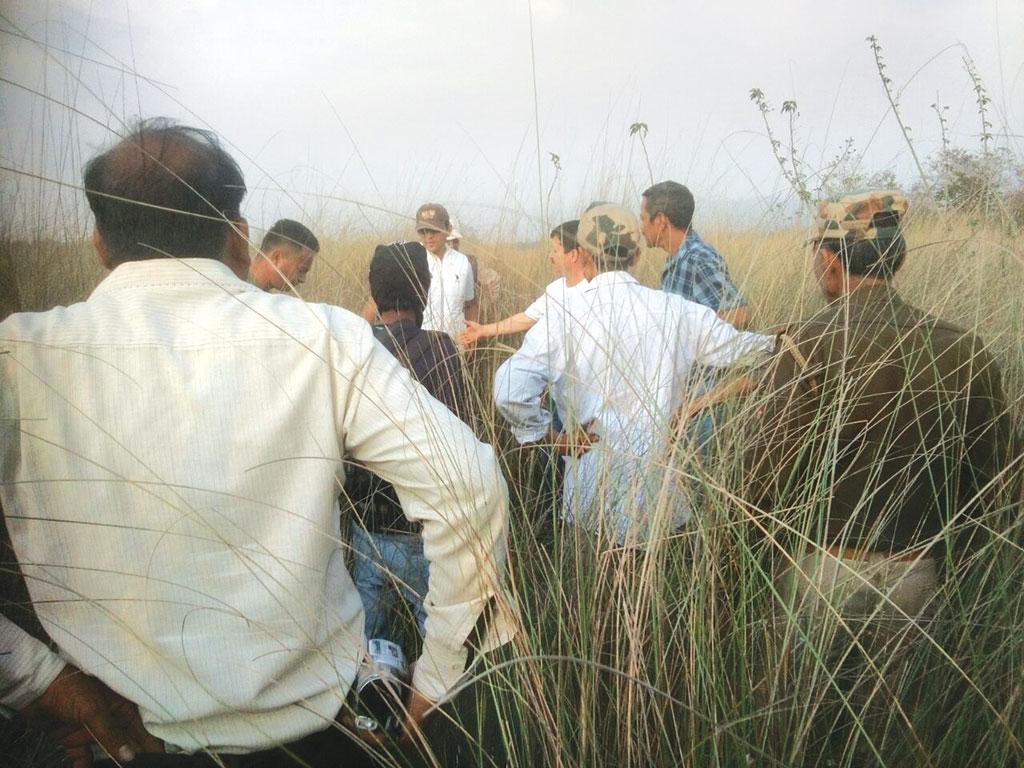 In what the poachers saw quick cash, forest officials spotted a solution to the maneater menace. Since 2014, leopards have killed more than 20 people and injured at least 11. The report states that the authorities had failed to identify the maneating leopard and therefore, turned a blind eye to poaching activities.

The report states that Rawat allowed Nareshnath to flee and then reported that he had escaped while being chased in Bhaniyawala, Dehradun on March 21. Rawat’s phone call records show that he did not go to Bhaniyawala at all that day.

Their unholy nexus was based on a convenient quid pro quo—poachers make money as they kill protected animals and reduce the instances of human-wildlife conflicts, while officials stay quiet and do not charge them with the crime.

Now, despite the 500-plus page report with evidences and charges against senior officials, no action has been taken. “The person appointed as the investigating officer after me is on deputation, so no one is heading the investigation currently,” says Chandran. The poachers have been arrested, but the question is: Will the swift hands of justice reach the Rajaji Park authorities?