Once in the grip of armed insurgency, a national park has lessons in wildlife management

Forty-six-year-old Buddeswar Bodo is a resident of Baska district, Assam. He has seen conflict in his area during the Bodoland insurgency in the 1980s, which ended after the signing of the Bodoland Territorial Council (BTC) Accord in February 2003. He survived this period with one arm, after he was attacked by a wild boar while hunting. He claims to have hunted down 16 elephants, six tigers, five rhinos and multiple bears, boars and ungulates with his homemade muzzle loader rifle.

“The easiest to kill were the rhinos and the most difficult ones were the bear and the wild boar,” he says. Buddeswar was a poacher active in the jungles of the Manas National Park (MNP), which falls under the Manas Tiger Reserve (MTR). But today, he is one among many poachers who have renounced hunting to protect wildlife. He works as a forest guard at MNP.

Buddeswar is also a member of Manas Maozigendri Ecotourism Society (MMES), a community conservation organisation active in the eastern side of MNP. MMES has 50 field staff, most of them former poachers. MMES was formed in December 2003 by local youth with an aim to conserve biodiversity through community participation in ecotourism. The society runs ecotourism camps and recently started a weaving centre. The revenue goes back to the community through development projects.

In 2004, MMES started employing poachers as volunteers with the BTC forest department to use their knowhow about the area and animals for conservation. “They helped forest officials with anti-poaching activities, undertaking patrolling of the area. This not only increased the surveillance, but also provided additional personnel to protect the area,” says Partho Pratim Das, tourism advisor to BTC.

“Volunteers were given a monthly stipend. Initially it was Rs 3,000, but now has been increased to Rs 6,000. At present, there are around 400 volunteers protecting the MNP.”

MMES has also generated alternate livelihood options for those villages that did not volunteer. For instance, they provided training to villagers to make bamboo sticks used to produce incense. “We also helped create market linkages,” says Kalicharan Basumatary, president of MMES.

Efforts by community conservation organisations like MMES, and more recently 17 other such organisations under the banner of United Front for Conservation of Nature, are bringing about a refreshing change in wildlife management.

MNP falls within the territorial domain of BTC. It is part of the larger MTR which covers an area of 2,837 sq km. The park in India shares its international border with Bhutan’s Royal Manas National Park. Together these two Protected Areas form the Manas landscape. With the inception of the armed Bodoland movement for autonomy, the people as well as the biodiversity of the area suffered immensely.

When the BTC Accord was finally signed, nothing much remained of the park or its wild inhabitants. Timber was illegally logged and wildlife was indiscriminately poached in the absence of any administrative control over the area.

“I remember in the conflict years, no staff would venture into the forest. We would sit in the range office and even that was in danger,” says Babul Bhrama, who is the range officer of Bansbadi in the eastern part of MNP. Insurgency had an impact on the biodiversity in multiple ways. One was the breakdown of administration, the other was that the insurgents saw the park and the wildlife there as their property.

“The general attitude then was that anything that was government had to be destroyed. The wildlife and the forest sadly fell in the same category,” says Pratim Das. He also says insurgents were used for poaching activities.

In MNP, despite the complete collapse of governance during the conflict years, wildlife has today made a stunning comeback. Community initiatives have transformed the environment.

Today, the park has around 45 rhinos, after a process of translocation from Kaziranga National Park in 2006, and with help from the Wildlife Trust of India; there are nine tigers. Transforming from an area where even officials were scared to go, the park now generates revenue of about Rs 100 crore each year from tourism.

During the armed insurgency period, the number of wildlife dwindled rapidly. From 85-100 in 1990, the forest department says that not a single rhino was traced in the next survey in 2001. “Rhino numbers during that time went down to such an extent we could not even find one,” says Amol Sarma, director, MTR.

The crisis was such that the United Nations Educational, Scientific and Cultural Organization declared MNP as a World Heritage Site in 1986, and then put the park on its list of World Heritage in Danger in 2003. The Wildlife Protection Society of India says the worst period for poaching was between 1988 and 1997. 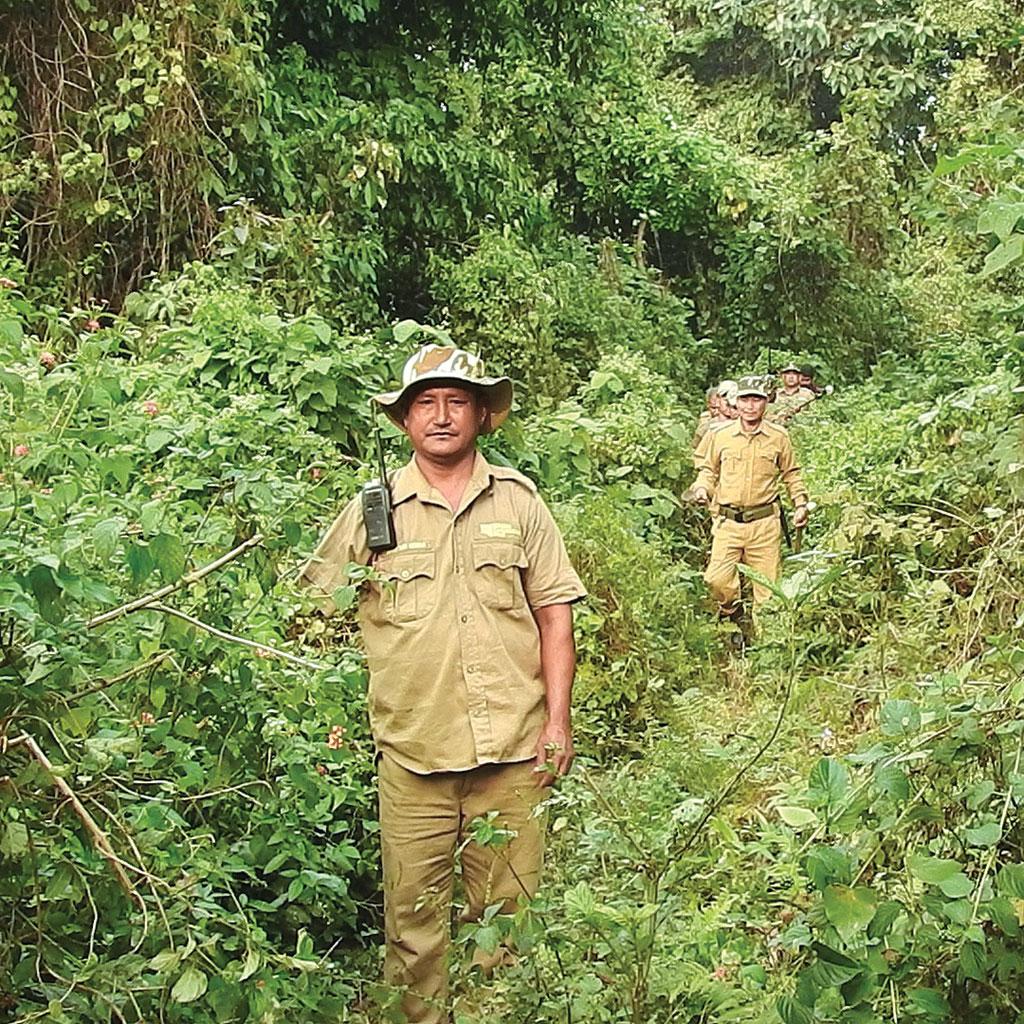 “The efforts to conserve wildlife came from the community, and women took the lead. Women decided that they would no longer cook bush meat,” says Basumatary. “The people now realise that this is their forest and they have the responsibility of preserving it,” Kampa Borgoyari, deputy chief executive of BTC told Down To Earth.

The reasons, however, for Buddeswar to quit poaching were socio-political. “There was no work during insurgency. The police would pick up any young man in the area on the pretext of being an insurgent. I fled to Bhutan and worked in an orange orchard,” he says. Here too, his poaching skills helped him. “The Bhutanese don’t kill animals, so they asked me to kill the elephants, promising around R1,200 per kg of ivory,” he says.

The coming of the area under BTC helped change the power equation. It was no longer the state vs the people. The people had their own government in the form of BTC. The conservation success of MNP has had a cascading effect — the park has been incorporated in the first transboundary conservation area in Asia named the Peace Park. The park combines wildlife areas of Nepal, Bhutan and India, and provides wildlife a sanctuary, without constraints of political borders.

“Manas is exemplifying the importance of involving the local people in conservation efforts,” says the Status of Tigers, co-predators and prey in India of the National Tiger Conservation Authority, which was published in 2008.