Win some, lose some: States miffed with Centre for seeking afforestation land to 'develop' Andamans 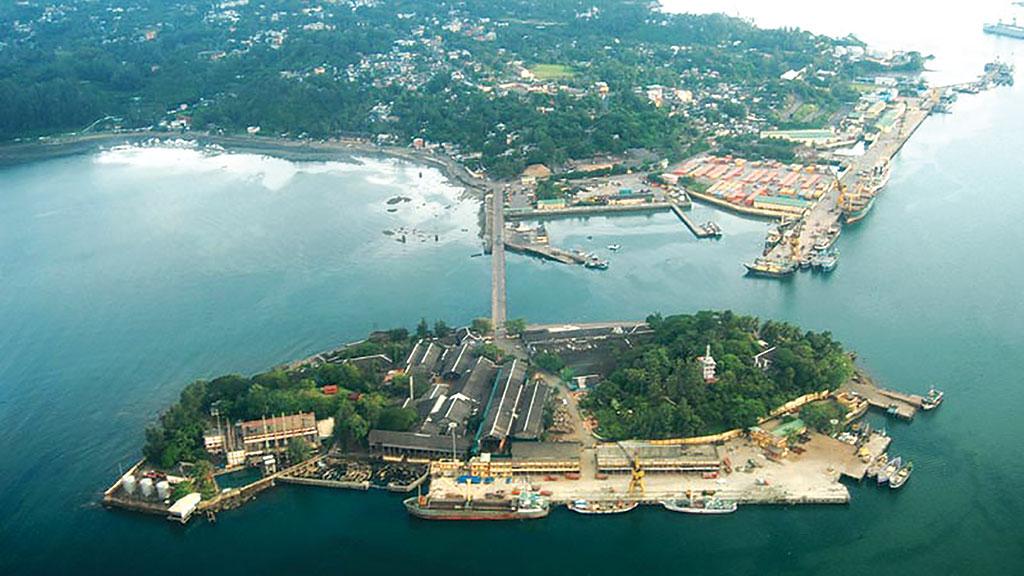 More than 90 per cent of the land in the Andaman & Nicobar Islands comprises forests (Photograph: Reuters)

Tension appeared to be brewing recently between the Centre and state governments: The Union Ministry of Environment, Forest and Climate Change (MoEFCC) shot off a letter to all states and Union Territories, seeking their land to undertake compensatory afforestation for development works in Andaman and Nicobar Islands.

Already, 10 development projects and 11 tourism projects are pending in the Union Territory. Non-availability of land for compensatory afforestation is hindering the islands’ ambitious plans to boost tourism.

The ministry specifically wrote to Madhya Pradesh, Uttar Pradesh, Kerala and Rajasthan — states with the most degraded land, which can be used for compensatory afforestation. However, no state is willing to give land for development projects in another state or Union Territory.

The islands have the country’s richest forests in terms of tree density. Of the total geographical area of 8,249 square kilometre, it has 7,565 sq km (or 92 per cent) under forests, waterbodies and intertidal zones. The Union Territory is extremely short of revenue land — just 683 sq km, of which a major portion is used up for social and physical infrastructure. This leaves the islands with only 8 sq km for development work. Afforestation in such a green area is, obviously, difficult.

In August this year, chief secretary of the Andaman & Nicobar Islands wrote to the Centre about its predicament. He was prompted by the ministry’s notification in May that allows states and Union Territories with more than 75 per cent of their land under forest cover to undertake compensatory afforestation in other states. 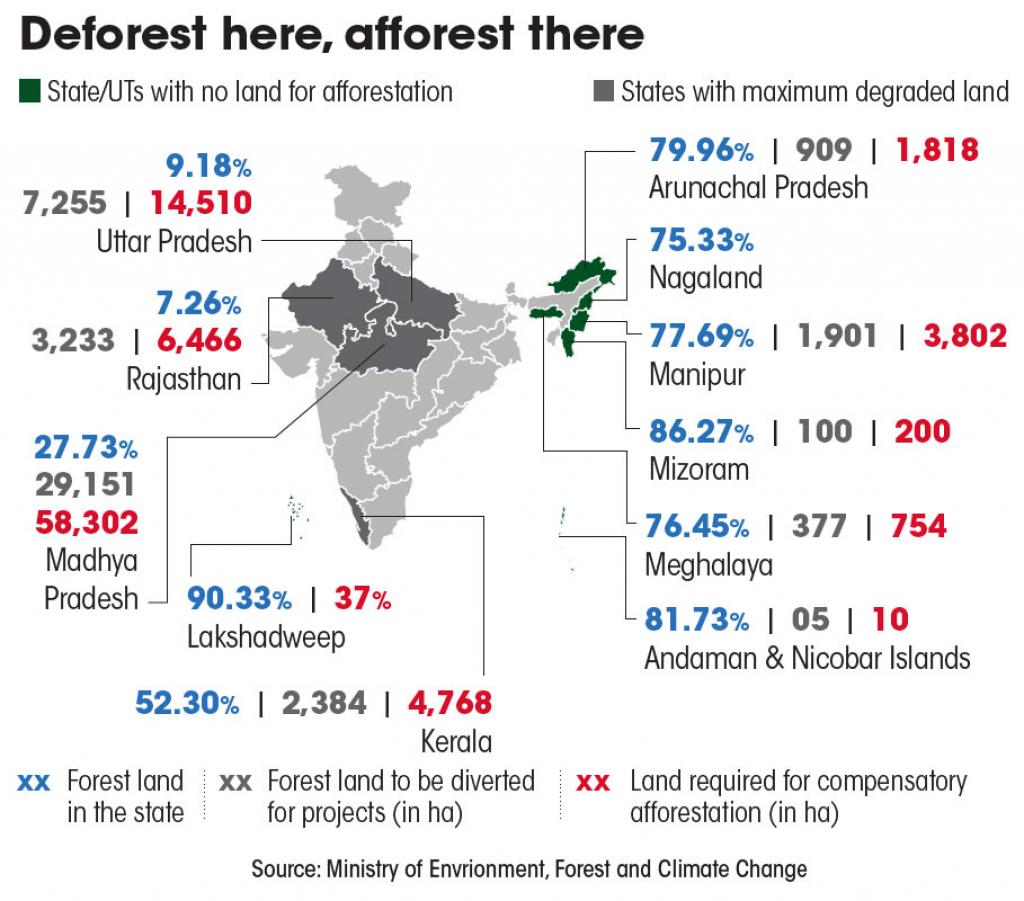 While land is one bone of contention, economics presents another set of problems. According to the Forest (Conservation) Act, 1980, each time forest land is diverted, the project proponent has to pay the state to undertake plantation and for the ecosystem services lost due to diverting forest land, called Net Present Value (NPV).

“The value of compensatory afforestation is Rs 3-4 lakh per hectare, while NPV is Rs 4-10 lakh per ha. If compensatory afforestation is undertaken in another state, the money under the Compensatory Afforestation Fund Management and Planning Authority (CAMPA) goes to the forest-rich state, while the NPV amount goes to the state where forest diversion takes place,” explains Siddhanta Das, director general of forest, MoEFCC. This sharing of money works as a disincentive for states with degraded lands.

“The arrangement does not make economic sense. We will not get the money we would otherwise be entitled to,” says a forest official in Jharkhand. “The state will also lose potential compensatory afforestation land for its own development works,” the official says.

In northeastern India, where autonomous district councils (ADCs) manage large chunks of forests, the letter has brought similar discontentment. ADCs are responsible for governance in autonomous districts in Mizoram, Meghalaya and Manipur which are under the Sixth Schedule of the Constitution.

“Most forests here fall in the jurisdiction of ADCs. Most diversions are also made in these forests. All the funds under CAMPA reach the state government. It gives us only as much as it wishes to,” said David T Thawmthanga, adviser to the planning and implementation department of Lai Autonomous District Council, Lawngtlai district in Mizoram.

Kerala is the only state where forest officials are not complaining. Speaking to Down To Earth, B Thomas, principal chief conservator of forests in Kerala said: “We have a lot of degraded forest land which can now be improved.”

Given this track record, it seems unlikely that states will afforest for another if they have failed in their own.

This was first published in Down To Earth's print edition (dated 1-15 December, 2019)