Despite the devastating floods and the 'flawed' rehabilitation process, these issues are not going to be big in the upcoming Lok Sabha elections, say political analysts and environmentalists 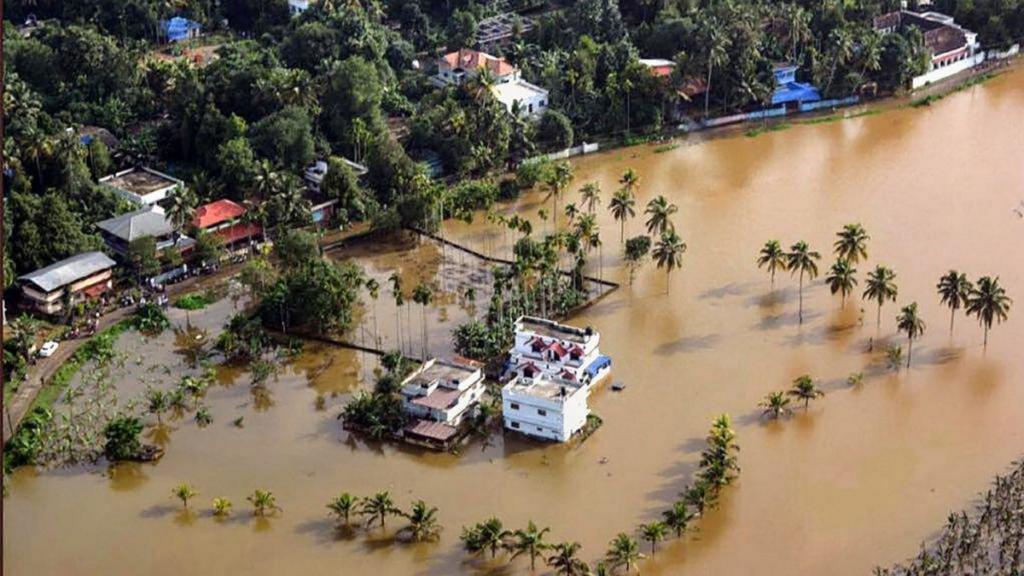 It was called the 'Century's worst flood': Nearly 500 people died and about 10 lakhs had to be evacuated as all 14 districts of Kerala were deluged between August 8 and 19. The livelihood of lakhs — especially farmers and traders — were affected. Yet, the disaster may not be a big issue in the upcoming General Elections.

"People seem to have forgotten the 11 days of flood. They presume it won't repeat, so it's not a problem," Joseph C Mathew, a political analyst and former Information Technology advisor to the Kerala chief Minister, told Down To Earth. Rather, the entry of women into Sabarimala temple and the Renaissance are being discussed widely, he pointed out.

There was an uproar in the state after the National Council of Education Research and Training removed from its textbooks portions of the 'Renaissance Movement' — including the Channar revolt that led to lower-caste women asserting their rights to cover the upper parts of their bodies.

People think of issues that trigger them emotionally, Joseph said. "I wonder why political parties in Kerala are not investigating what caused the floods and made it so devastating; what were the flaws in the relief measures," he added.

The Pinarayi Vijayan-led Left Democratic Front government estimated losses of Rs 19,000 crore for the agriculture sector alone while a United Nations special rapporteur pegged total losses at Rs 31,000 crore. Several farmers killed themselves after losing their crops. Many traders moved to other jobs to survive. Those from low-income groups, who lost property and assets, are still struggling to make ends meet.

Those directly affected by the floods and still seeking shelter will not vote for the Left coalition led by the Communist Party of India (Marxist), said Joseph, who lives in Chengannur — among the worst-affected areas.

“People who faced discrimination, who feel they were left out, may show it in their voting,” Ajaykumar VB, executive director of RIGHTs, a non-profit, said. That, however, will remain at an individual level, he thinks, citing three reasons why the floods may not become an election issue:

“One, the government has created an aura that everything has been done. If somebody points out a gap, then he or she would be faulted, so people will remain mum. Second, the Opposition has failed to find the cracks. Third, relief matters are decided by panchayats, where both vested interests united the ruling party and the Opposition.”

Most of the evacuations were in Pathanamthitta, Alappuzha, Ernakulam, Idukki, Thrissur, Malappuram, Wayanad, Kozhikode and Palakkad districts as 35 of the state's 44 dams were opened to avoid a breach.

Nishu MM, a resident of flood-hit Alappuzha district, said most people do not know they are eligible for higher compensation: “They are happy with the Rs 10,000 they got till now is great and praising the government. Those aware and demanding more are singled out and eventually the compensation they deserve is cut down.”

Those from scheduled castes and tribes and Dalit Christians have been worse off, according to a factsheet released by RIGHTS on March 6, 2019: Only 61.92 per cent Adivasis and 67.98 per cent Dalit Christians received the immediate relief of Rs 10,000, compared with 83.9 per cent of the 'General' category of population and 88.93 per cent of those from Other Backward Classes.

In Idukki, only 2.08 per cent Adivasis and 1.64 per cent Dalit Christians received assistance. Last-minute changes in eligibility criteria — only whose houses were submerged to a certain extent — made the assistance inaccessible to a large number of marginalised people, the fact-sheet stated.

"Seven farmers committed suicide due to flood-induced crop loss in Idukki," Shaji Thundathil, a farmer and an activist from the district said, adding that the government has failed to release moratorium orders (for crop loans) for flood-hit farmers. He is among those who think it is a poll issue that will benefit the Opposition Indian National Congress.

“They (government) pay lip service to increased risk of floods and extreme weather events. But downplaying the added responsibilities and don't review the failures,” Chandanathil Pappachan Geevan, director at Centre for Environment and Social Concerns, said.

Eventually, though, this doesn't seem to be as overwhelming an election issue as the floods were.

"If people had historically considered environmental issues during elections then India would have a better place now," Joseph said.