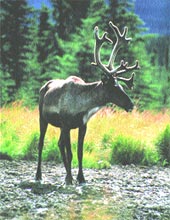 Canada has embarked on a major wildlife conservation campaign. The country is planning to create 10 new national parks, spread over 100,000 square kilometres, and five marine conservation areas over the next five years.

Announcing this, Prime Minister Jean Chretien gave an assurance that Ottawa would also do more to improve existing parks which, critics feel, are suffering from a lack of funding. Heritage minister Sheila Copps said this was the most ambitious expansion plan since the first park was established at Banff in 1885.

Sites for seven of the new parks have been identified. These include the Gulf Islands in the western province of British Columbia, Ukkusiksalik in the vast Arctic territory of Nunavut, Torngat Mountains in the remote Atlantic region of Labrador, Mealy Mountains in Labrador and Lowland forests in the prairie province of Manitoba.

The Gwaii Haanas islands and some other areas in British Columbia, apart from sites in western Lake Superior and the Southern Strait of Georgia have been identified for marine conservation till now.