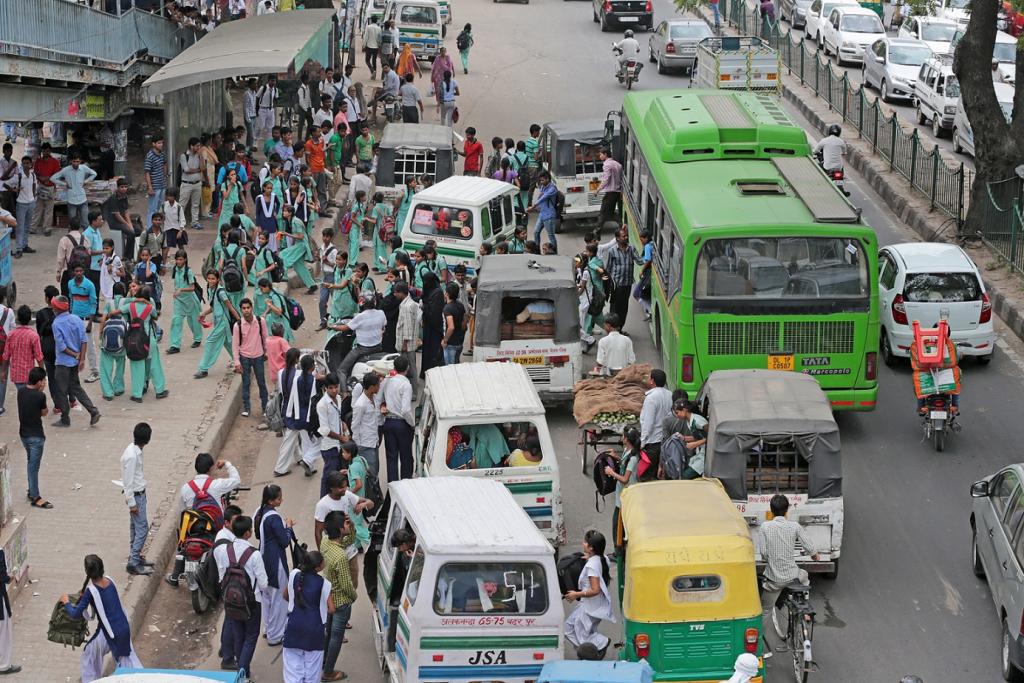 While we talk about installing CCTVs at home and in schools, we do not give much importance to ensuring safety en-route to school and home. Credit: Vikas Choudhary

Cases of crime against children witnessed an 889 per cent increase from 10,814 in 2001 to 106,958 in 2016. During these 16 years, a total of 595,089 cases of crime against children have been registered. With 95,324 cases, Madhya Pradesh (16 per cent) seems to be the most unsafe city for children. Uttar Pradesh comes close second, contributing 15 per cent of the total cases. Maharashtra and Delhi are in third and fourth position respectively. Then there are many cases even today that do not find their way into police records.

In most of the cases, the accused are let free after the trial is over. It points to two aspects: weak investigation and loopholes in the judicial process that ensure acquittal of the accused. In 2001, judicial trial was completed in 3,231 cases across the country. Out of these, 1,531 persons (74 per cent) were convicted. The situation got worse in 2016. Across India, trial was completed in 22,763 cases, out of which the accused were held guilty in only 6,991 cases (31 per cent).

While we talk about installing CCTVs at home and in schools, we do not give much importance to ensuring safety en-route to school and home. Similarly, making roads and other public spaces safe for children and women to navigate is a demand long overdue.

Often, public spaces in cities are where most of the crime and violence takes place. According to “Learning from Women to Create Gender Inclusive Cities”, almost 60 per cent women across the world feel unsafe in urban spaces. Action Aid UK (2016) report found that 79 per cent women in major Indian cities reported being harassed on streets. Crime rates are especially high in urban slums and poor neighbourhoods where children and women witness assault, mugging and rape.

Lessons from across the world

There are examples of cities and towns that are doing their bit to keep their streets active, lively and usable by everyone, including women, children and the disabled. In Seoul, public spaces have been transformed into pedestrian areas with shops and establishments making the street-front active. Similarly, in Port Moresby of Papua New Guinea, women used safety audits to make markets more women-friendly. One such transformation has occurred in Vienna where parks, streets and housing are being redesigned in response to female residents’ concerns.

Safe public transport is at the core of women’s mobility and their right to access public places. But they are reportedly facing a great deal of sexual harassment while using and waiting for public transport. Consider the case of Delhi. Two years ago, Delhi police conducted a security audit of Metro stations and said that one-third of the metro stations were ‘unsafe, particularly for women’.  On top of that, desolate stretches of roads, unlit streets and drunken people around make it difficult for kids and woman to commute and without fear. In 2017, 7,483 dark spots were identified by SafetiPin, an NGO based in Delhi.

The problem does not end there. It rather begins there, as women are confronted with this question often: how do I commute to the point from where I can get public transport? Lack of last-mile connectivity in 'smart cities' makes it an anxious ride home for them.

Few years back, an expert had argued that it is important to ask how we would define a smart city. “Is it one where non-motorised modes and public transport are promoted and where there is seamless last-mile connectivity or a city where technology comes to the rescue for every problem?” It seems that the first one is the answer to ensuring crime against women and children decline. As Darryl D’ Monte, chairperson of Forum of Environmental Journalists of India had rightly said, “A smart city is not simply a city where people are technologically networked, but one which is livable and inclusive. Otherwise, we will be faced with what the architect Charles Correa remarked about his home town, but is applicable elsewhere: ‘It is a great city, but a terrible place!’”