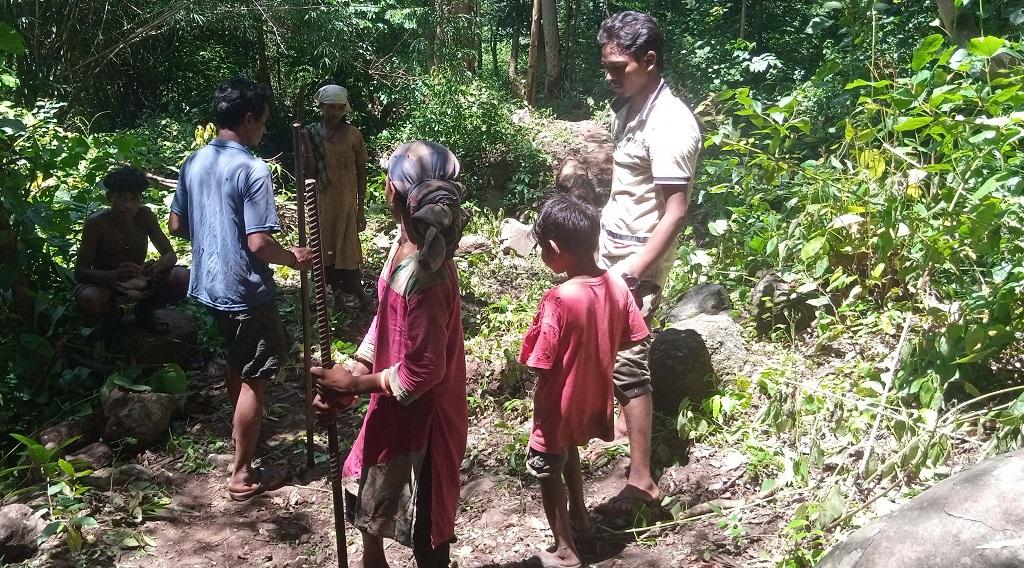 Dhaneswar Pradhan, a 42-year-old resident of Bandopanka village of Odisha’s Kandhamal district, and his family have been engaged in a monumental work for a month: Making a road to connect his inaccessible village to a motorable road near Kerubadi village six kilometres away.

Bandopanka is a small, inaccessible village mostly inhabited by members of the Kondh tribe. It is at the far end of Kandhamal district bordering Ganjam and rarely has any other visitors.

Dhaneswar, his wife and four children have been silently constructing the road between Bandopanka and Kerubadi. Their unmatched efforts would have gone unnoticed had two young social workers not visited the area.

A sanitation survey of primary schools took Lusmin Pradhan and Rupakanta Pradhan to the village. “We lost our way in the forest while going to a village to gather data. We spotted the family working on the road," said Lusmin.

Starting from the Kerubadi, the family has already built around 4 km of the road, clearing boulders and filling the passage with gravel, sand and soil, according to the social workers.

“We hope to connect Kerubadi with our village in no time. At least, we will have a workable road after we are done with the next 2 km,” Dhaneswar told the researchers without a sense of achievement in his voice.

The village is located in a densely forested and rocky terrain. There is no option but to walk up the hill to reach Bandopanka as even a bicycle ride is very difficult.

Government officials also do not visit the village that has 10 households and a total population of 56, according to locals.

The only symbol of government was a primary school, which was closed following Odisha government’s policy of shutting down primary and upper primary schools, with less than 20 students in tune with Niti Aayog’s “consolidation and rationalisation” move.

Even when the school was open, the teacher would come once in a while as the place was completely cut off.

The village has no electricity and people depend on chuan (small dig wells) for drinking water. The local population are left to fend for themselves and often deprived of benefits from government welfare measures.

Bandopanka was deprived of everything just because it was inaccessible, Dhaneswar felt. He had approached the Gram Panchayat, block and district authorities several times, requesting them to initiate the construction of a road that would connect Bandopanka with Kerubadi. But his pleas fell on deaf ears.

He then asked his fellow villagers to take up community work to make a road. However, his ideas did not seem to interest anyone.

Madhur Pradhan, a resident of the village, said the villagers were so poor that they could not afford to lose wage days for voluntary work.

That is when Dhaneswar took up the responsibility on himself and plunged headlong into finishing the job along with his family members.

Now, the government also wants to get involved. “We are planning to construct the road through Mahatma Gandhi National Rural Employment Guarantee Scheme involving Dhaneswar’s family as well as other villagers,” Daringbadi block development officer Kalakrushna Pradhan told Down To Earth. He added that he received information about Dhaneswar’s efforts.