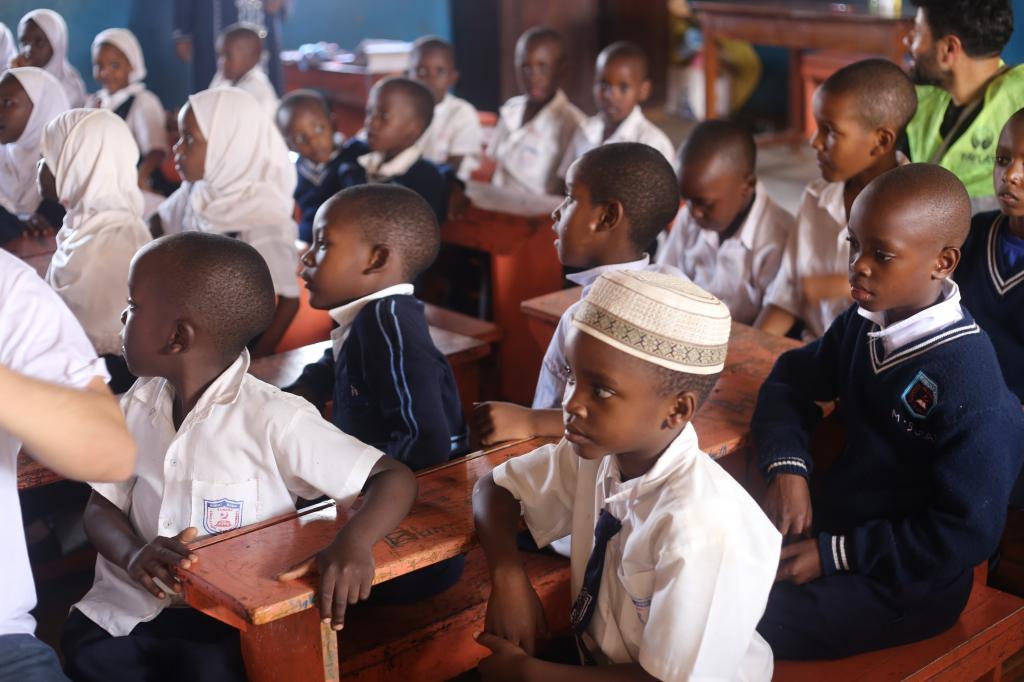 Uganda’s language policy requires that rural schools should choose a dominant local language to use as the language of learning and teaching for the first three years of primary school while English is taught as a subject. The fourth year of schooling is a transitional year in which English as the language of learning and teaching is introduced. English then becomes the medium of instruction.

In areas where it’s not easy to choose a dominant language, as is the case in urban schools, English as the medium of instruction is recommended.

We investigated the circumstances under which children learn and acquire English in central Uganda’s rural Rakai district.

We set questions related to the learning and teaching support materials for English, the challenges rural Ugandan learners face in learning English, the differences between government and private schools on vocabulary teaching and learning as well as opportunities available for learners to acquire English in rural schools.

We conducted the study in 2012 in four rural schools. The results of this study are still relevant because the language-in-education policy hasn’t changed. Teacher training and curricula are also still the same.

We found that learners faced various challenges in learning and acquiring English. It was difficult for them to reach the vocabulary levels set out by the country’s National Curriculum Development Centre. For example, they are expected to learn at least 800 English words after three years.

The essence of the mother tongue policy was partly to enhance the teaching and learning of English in Uganda. But our findings point to a host of difficulties faced by learners in private and government schools. We conclude that Uganda needs to rethink how English is taught in rural contexts. In addition, the time of transition to English as a language of learning and teaching should be reconsidered.

Studies show that vocabulary is a crucial element in reading and comprehension. According to some studies, learners of English need knowledge of the 3,000 most frequent words to read and understand graded readers.

But nobody has studied whether that is realistic in poorly resourced learning environments, such as those in Uganda.

The curriculum development centre also considers “words” when speaking about vocabulary learning. However, studies refer instead to word families — “the word and all its inflected and derived forms”, counted as one.

In Africa, there are numerous studies of language-in-education policies. But there is a shortage of research on vocabulary learning in both first and second languages.

As far as we know ours is the first study in Uganda that evaluated the number of words children acquire in the process of learning English.

How English is taught

The centre discourages teachers from using learners’ mother tongues while teaching English — an approach not supported by research.

The centre expects the curriculum to be well-structured and supported by appropriate materials. But teachers in our study viewed the curriculum as poorly structured, repetitive and inadequate. They said they didn’t have the right materials and that learners weren’t able to learn the desired vocabulary in each school year.

We didn’t see recommended methods like role play and speeches being used. Instead, teachers asked learners to read after them and to chorus.

Another challenge we encountered related to training. The National Curriculum Development Centre recommends a one-teacher-one-classroom policy. So there is no specialist English teacher for grades 1 to 3.

Teachers also pointed to a big disparity between schools funded by the state and private schools — for example, in the materials provided and in exposure to English.

In private schools, it’s compulsory for all children to speak English at school all the time. But government school learners only encountered the language in English lessons.

Also, children in private pre-primary schools encounter English learning at the age of 3 or 4 while those in government schools do so only at 6 (when they join grade 1).

It was clear from our classroom observations that the two sets of learners were at different levels of communicative English. Those in private schools were able to answer questions posed by the teachers while those in government schools found responding in English challenging. Some learners in government schools responded in Luganda (their mother tongue) to questions posed to them in English.

We saw that teachers used their class time differently. The curriculum development centre guidelines stipulate that English lessons last 30 minutes. But those in private schools were between 40 to 60 minutes. Government school teachers were also less punctual.

We conclude that the targets set by the curriculum development centre need reviewing for two reasons. The first is that they are unrealistic, given the environment in which English is being taught in rural Uganda. The second is that they fall below what’s required for a learner to be able to comprehend English texts and access the curriculum in English.

The recommended two years to acquire basic communicative skills and four years to acquire cognitive and academic language proficiency is only possible in well-resourced environments. Our study shows that children in rural Ugandan schools can’t acquire these in three years only.

There are broader issues to consider too. Learners need more time to be exposed to the language before they can learn through it. But children in government schools mostly use their mother tongues and aren’t exposed to media in English. Moreover, teachers in rural areas are not very proficient in English.

The government needs to review the policy. It also needs to employ qualified and specialised teachers in English language and support materials for English need to be thoroughly evaluated.