Expert Appraisal Committee has only given time to promoter for explanation, reveal documents 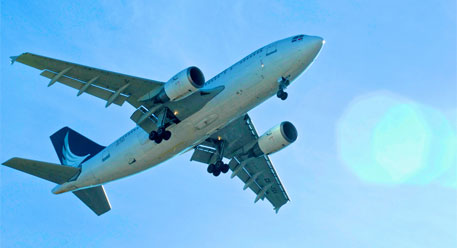 The Expert Appraisal Committee (EAC) has refuted the claim made by the KGS Group last month that the latter was permitted to conduct a fresh environmental impact assessment (EIA) into the Aranmula airport project.

The KGS group is the promoter of the Rs 2,000-crore controversial project proposed in Kerala’s Pathanmthitta district.

The group had claimed before the media in April that the EAC of the Ministry of Environment, Forests and Climate Change (MoEFCC) had given it a fresh nod to conduct the EIA. However, the minutes of the EAC meeting held last month revealed that no fresh nod was given.

The National Green Tribunal (NGT) had stayed the construction of the airport project on May 28, 2014. The South Zone bench of the NGT had cancelled the clearance given to the airport project by the environment ministry in 2011 and restrained the KGS Group from carrying out any construction work or other activities at the site. The tribunal had concluded that the EIA report on the airport was not prepared by a competent agency.

Further, it had held that the public hearing conducted for the project was in violation of the mandatory provisions of the EIA notification of 2006. The Supreme Court (SC) had also dismissed a petition by the KGS Group against the NGT verdict.

The KGS Group had moved the Supreme Court against the NGT verdict, arguing that the project site “is not a wetland, but only a paddy land which is now waterlogged, degraded and unfit for paddy cultivation”.

The Aranmula Heritage Village Action Council (AHVAC), which is spearheading the agitation against the airport project, secured and released the minutes of the 147th EAC meeting held in New Delhi on April 23 a few days ago.

As per the minutes, the KGS Group had made a presentation before the EAC and informed that the earlier environmental clearance granted to the project by MoEFCC was set aside by the NGT on the ground that the consultant, who prepared the EIA, was not accredited.

“The EAC deliberated upon various aspects of the proposal in the light of the NGT order and the counter-points presented by the project proponent. The EAC also noted the complaint made by the Aranmula Heritage Village Action Council regarding the project. After deliberations, the committee advised the project proponent to submit point-wise clarifications on the issues raised by the action council for consideration by the EAC,” the released minutes of the meeting read.

When the KGS Group applied for permission for a fresh EIA study, AHVAC sent a letter to the EAC, raising several objections and highlighting the previous stance taken by the NGT and the Supreme Court.

The village action council pointed out that the information provided by the promoters on the nature of the acquired land for the proposed project was incorrect, as the acquired land has rice fields and water bodies.

AHVAC also pointed out that the reports of the Comptroller and Auditor General of India (CAG) as well as vigilance and revenue departments were opposed to the airport project.

CAG has recommended an in-depth study on the ecological and environmental impacts of the project on the basis of the reports from the state legislature committee on environment and the State Biodiversity Board.

The latter had also highlighted the fact that the site includes rice fields and water bodies. CAG has also questioned the need for a fifth airport in a small state like Kerala.

“The company is misleading everybody. The EAC, in fact, had asked for point-by-point explanation from the company on the ecological and environmental issues we had raised. The company has not yet received the terms of reference (ToR) for the study,” AHVAC chief patron Kummanam Rajashekharan said.

Protests against the airport

A strong agitation was started by local residents, green activists and political parties, including the Bharatiya Janata Party’s (BJP) Kerala unit, against the airport project after it was first proposed.

The protestors accused the KGS Group of taking paddy fields and wetlands by violating the Kerala Conservation of Paddy Land and Wetland Act, 2008, the Kerala Land Reforms Act, 1963, the Environment (Protection) Act, 1986, and the Land Acquisition Act, 1894.

Local residents thought the proposed project, once it comes up, would obstruct entry to the well-known Aranmula Parthasarathy Temple and destroy its sanctity.