Back to the borders: Samyukt Kisan Morcha calls off mahapanchayats in Punjab 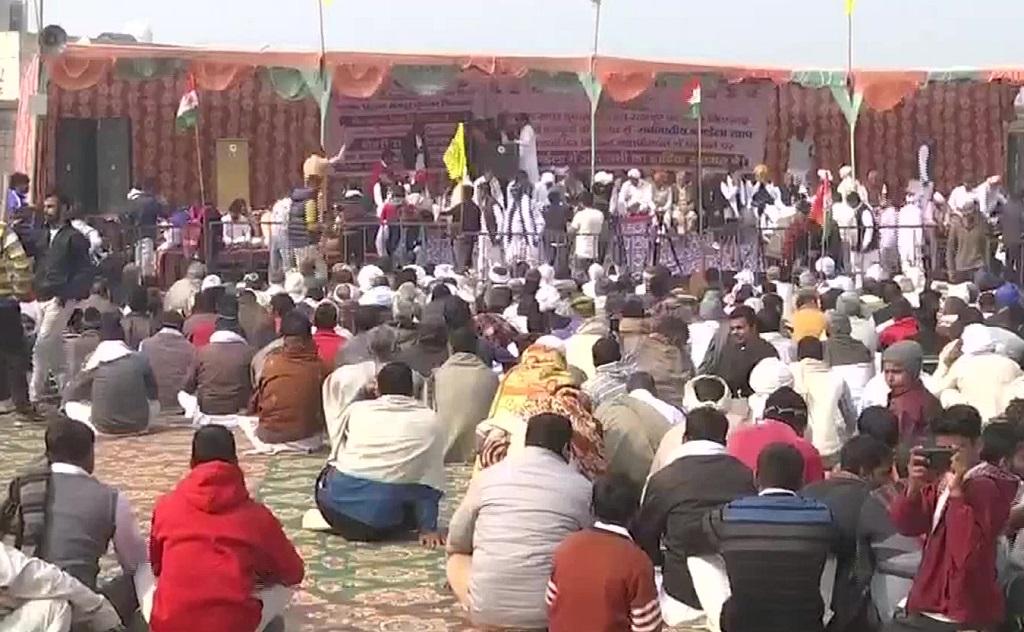 As many as 32 Punjab farmers' unions under the umbrella of Samyukt Kisan Morcha (SKM) that is spearheading the protest against the contentious farm laws called off the mahapanchayts planned in the state in a press conference on February 16. They want to shift focus back to the border protest sites in Delhi.

Farmer leaders said that they don't want an impression to be created that the campaign in Delhi can be replaced by protests in different towns. Protest sites in Delhi — Singhu, Tikri, and Ghazipur should remain the centre of the movement, they asserted.

They also urged villagers organising gatherings independently to join them in the borders of the capital instead.

"We brought the protest to Delhi as a result of a long campaign at Singhu and Tikri. We don't want farmers to think that if they attend mahapanchayats at say Faridkot or Firozpur, it's okay if they don't gather in Delhi."

The first mahapanchayat in Punjab was held on February 11 in Ludhiana and another was to be held in Mansa district on February 17, which has now been cancelled.

A wave of such village-level protests, a show of strength and mobilisation of farmers against the three farm laws, started after the January 29 gathering in Muzaffarnagar following Bhartiya Kisan Union leader Rakesh Tikait's emotional appeal to farmers to gather in large numbers.

Since then, mahapanchayats have been held in Uttar Pradesh, Haryana, Punjab, and Rajasthan. The latest one took that place on January 15 in Khammam of Telangana was attended by tens of thousands of farmers.

Another union leader said that instead of putting in efforts to conduct the mahapanchayats, the farmers will be asked to convene in Delhi.

Buta Singh Burjgill, head of BKU’s Dakaunda chapter, said that there is no need for mahapanchayats in Punjab. "If there will be a need in future, we will decide it in a meeting in the capital.”

He added that their current focus is to make the four-hour ‘Rail Roko’ program planned by SKM on February 18 a success. With the onset of summers, farmers are gearing up and arrangements of fans, coolers, tents and generators are being made, Burjgill said.

“The rumours that the protest is fizzling out in Delhi are wrong. The number of tractors and trollies remain the same. They can only increase, not decrease.”

The agitation will complete three months on February 26 and the SKM is likely to hold a special program on that day.

"The government is wrong if it thinks that the protesting farmers will go back during the wheat harvest. The youth and women will take care of that and the old ones will be here in Delhi," said Baldev Singh, the leader of a farmers’ union.

Meanwhile, in a statement, the SKM said that Haryana farmer leaders have demanded the immediate dismissal of ‘anti-farmer ministers’ in the state like JP Dalal and Anil Vij.

"Mahapanchayats in Haryana are adopting resolutions to this effect and have also sent their resolution copies to the chief minister and governor of the state," it said.