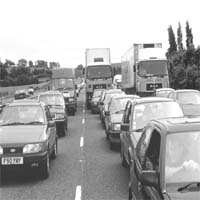 according to a recently published article, greenhouse gas (ghg) emissions reduction programme undertaken by us cities could help meet 10 per cent of the total target usa has to meet under its Kyoto Protocol obligations. Urban planners in the us believe that enthusiastic participation by the municipalities in such programmes could lead to a positive result at national level, for the ratification of the treaty.

The article, published by the American Planning Association, says that us town planners, like insurance companies, are beginning to realise the importance of climate change realities even as the us government delays ratification of the Protocol.Quoting Abby Young, the director of the International Council for Local Environmental Initiatives (iclei), the article says that 66 municipalities, including Chicago and Los Angeles, are now working with iclei to analyse ghgs emissions, adopt reduction targets and draft plans to meet goals (Edie weekly summaries, May 5, 2000)

Young estimates that municipalities at city level could contribute up to 10 per cent of the reductions needed by the us, to meet its Kyoto Protocol targets of an 8 per cent reduction of its ghgs emissions below 1990 levels by 2008-2012. "iclei's us cities for climate protection communities represent about 10 per cent, probably 11 per cent by now, of us per capita carbon dioxide emissions," says Young. According to him, significant action at local level could motivate a similar action at the state and national level.

Climate change and related issues raise a number of problems for us city planners. Increased flooding could throw the entire civic maintenance system in a chaos including water, sewage and storm water systems, according to the us Environment Protection Authority (epa). The epa also predicts that a 1.6 c rise in average temperature could double the heat-related deaths in Chicago and Los Angeles. By 2050, rising temperatures due to global warming could claim thousands of lives across the us as heat aggravates the respiratory and cardio-vascular problems, says the epa.

The city of Los Angeles represents one of the most successful ghgs reduction programme in usa. The city's us $40 million programme has almost reached it's 10 per cent target by cutting the emissions down by 8 per cent and saving the emission of 434,000 tonnes of ghgs since 1992. The city has installed around 250,000 highly efficient street and traffic lights for aggressive traffic monitoring and control and retrofitted 800 city buildings to make them more energy-efficient. "We do not know where the other 2 per cent will come from, but we are still looking," says Gary Gero, Los Angeles' air quality director.

Another success story in fighting the climate change and it's repercussions is that of the city of Chicago. The Rebuild Chicago Programme offers free energy audits to commercial and industrial businesses. It also provides grants to companies covering up to 25 per cent of the cost of installing energy-efficient lighting. In addition to this, the city has retrofitted 20 of its own buildings, saving us $1 million a year and cutting greenhouse gas emissions by over 7,600 tonnes. Planner Gretchen Newman of the Chicago department of the environment says she spends a lot of time educating people about the importance of reducing emissions of ghgs.

Other us cities where such efforts have proved successful are Portland, Oregon and Burlington, Vermont. According to Young, the most important result that can be seen is that reducing ghgs emissions at home does not cripple local economies - rather, it reduces energy and fuel expenditures, improves local air quality, and increases the livability of communities.