The country imports around 300,000 tonnes of ammonium nitrate every year. A small portion of this is used to make explosives for mines, while the rest is used by fertiliser units 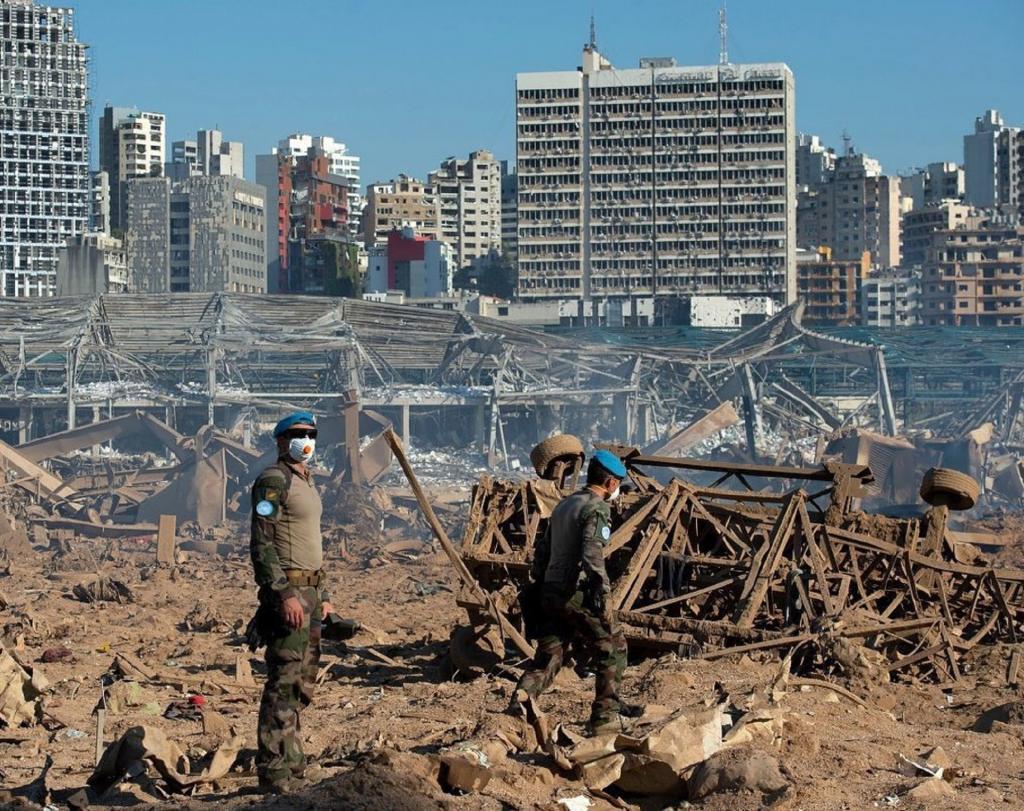 An explosion of 2,750 tonnes of ammonium nitrate in Lebanon capital Beirut — that killed 100 and injured more than 4,000 — has raised concerns over India’s use of the chemical compound and the policy mechanisms that regulate such use.

India imports around 300,000 tonnes of ammonium nitrate every year. A small portion of this is used to make explosives for mines, while the rest is used by fertiliser units.

There were, however, reports of theft of the chemical in the past for illegal mining. The Ammonium Nitrate Rules, 2012 — that regulate the usage of the chemical — do not apply for quantities of less than five kilogrammes.

Ammonium nitrate does not typically detonate on its own and requires another ignition source. Experts, however, point out that even a small amount can be dangerous.

Early reports blamed the Beirut blast on negligence while storing the chemical and welding activity near the storage site caused the explosion. The ammonium nitrate stored in the warehouse was confiscated from a cargo ship in 2014.

The question of whether India is prepared to deal with the storage, handling, transport and manufacture of ammonium nitrate, thus, crops up. The country’s emergency preparedness around any potential accidents involving the chemical compound is another concern.

A string of industrial accidents occurred after the lockdown to curb the spread of the novel coronavirus disease (COVID-19) was lifted.

The cause for the accidents in all the cases — including the styrene gas leak at a chemicals factory in Andhra Pradesh’s Visakhapatnam, an explosion at an industrial estate in Gujarat’s Dahej and another gas leak at a pharmaceuticals firm in Visakhapatnam   — was negligence.

There are other several accidents that go unnoticed as well.

Pure ammonium nitrate is a white, water-soluble, crystalline substance with a melting point of 170 degrees Celsius. It is a base ingredient used in the manufacture of commercial explosives, but is not an explosive in itself. Others ingredient like fuel need to be added to make it explosive.

Ammonium nitrate, however, was deemed an explosive by the Union government, in a July 27, 2011 notification. The reason for this was because it is classified as an oxidising agent under the United Nations classification for dangerous goods prepared by the UN Committee of Experts on the Transport of Dangerous Goods.

The Ammonium Nitrate Rules, 2012 were framed under the Explosives Act, 1884 for the regulation of the chemical. The rules state the controls over manufacture, import, export, transport, possession for sale and use of ammonium nitrate.

They also state warehouse-construction guidelines, a security and disaster management plan, training for staff in handling ammonium nitrate and the need for licenses. The use of the chemical is applicable for the Indian Railways and ports and does not apply to establishments under the Armed forces.

Are the rules toothless?

The rules are comprehensive and cover most of the aspects needed for the scientific management of the explosive. The biggest problem with the rules, however, are the lack of a deterrence mechanism or any penal provision.

The rules are silent on the provision to prosecute violators, levy fines or order closures. There is no mention of the handling of ammonium nitrate if the license to store the chemical is not renewed.

The rules also do not mention the handling of the chemical after it is confiscated or for how many days port authorities can keep the confiscated ammonium nitrate in their premises.

The rules also lack mechanisms to identify pilferage of ammonium nitrate that could be deadly even in small quantities. There is also a need to strengthen existing mechanisms of the disaster management plan, in case an accident occurs.

There is no document in the public domain to point out whether provisions under the disaster management plan is implemented periodically.

Chemical safety, including explosives used in industrial processes, need to be handle with extreme precautions. More than 50,000 chemicals are manufactured in the country, some of which have dual uses, including ammonium nitrate.

It is pertinent to have sound storage, handling and transport of chemicals in the country to avoid an accident similar to the Beirut explosion.

The Central Pollution Control Board (CPCB) and state pollution control boards (SPCB) are the only organisations that are effective in dealing with industrial issues.

It is, thus, time to strengthen the CPCB and SPCBs in terms of infrastructure and manpower. They also need to bring the below provisions under ambit to have a proper say on storage, handling and transport of chemicals:

The Beirut blast is, thus, a reminder that it is time to strengthen mechanisms to regulate the use of ammonium nitrate, including its chemical production, storage and production in the country.

With inputs from DD Basu, Advisor, Centre for Science and Environment.