Biden wins – experts on what it means for race relations, US foreign policy and the Supreme Court

Three scholars discuss what a Biden presidency may have in store in three key areas: race, the Supreme Court and foreign policy 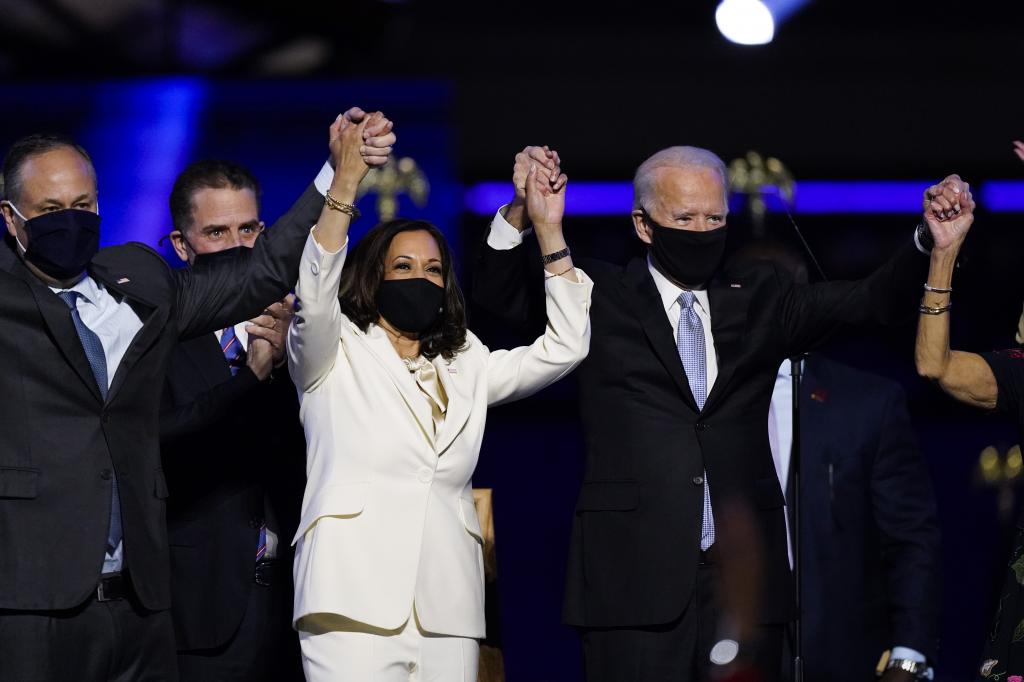 The American public has had its say and for the first time in a generation denied a sitting president a second term.

President Donald Trump’s tenure lasted just four years, but in that time he dragged policy on an array of key issues in a dramatic new direction.

Joe Biden’s victory, confirmed by the Associated Press late morning on November 7, presents an opportunity to reset the White House agenda and put it on a different course.

The next four years under a Biden administration will likely see improvements in racial justice. But to many, it will be a low bar to clear: President Donald Trump downplayed racist violence, egged on right-wing extremists and described Black Lives Matter as a “symbol of hate” during his four-year tenure.

Indeed, according to polls, most Americans agree that race relations have deteriorated under Trump.

Still, Biden is in some ways an unlikely president to advance a progressive racial agenda. In the 1970s, he opposed busing plans and stymied school desegregation efforts in Delaware, his home state. And in the mid-1990s he championed a federal crime bill that made incarceration rates for Black people worse. He bungled the hearings that brought Clarence Thomas to the Supreme Court by allowing Republican senators to dismiss Anita Hill’s damning testimony of Thomas’ sexual harassment and by failing to allow other Black women to testify.

But that was then.

During the 2020 campaign, President-elect Biden consistently spoke about problems stemming from systemic racism. Many voters will be hoping that his actions over the next four years must match his campaign words.

One area that the Biden administration will surely address is policing and racial justice. The Justice Department can bring accountability to police reform by returning to practices the Obama administration put in place to monitor and reform police departments, such as the use of consent degrees. More difficult reforms require redressing how mass incarceration caused widespread voter disenfranchisement in Black American and Latino communities.

“My administration will incentivize states to automatically restore voting rights for individuals convicted of felonies once they have served their sentences,” Biden told The Washington Post.

The killing of George Floyd earlier this year reinvigorated talk of addressing systemic racial discrimination through fundamental changes in how police departments hold officers accountable for misconduct and excessive force. It is unclear how far President-elect Biden will walk down this road. But evoking the words of the late civil rights icon and Congressman John Lewis, he at least suggested at the Democratic National Convention that America was ready to do the hard work of “rooting out systemic racism.”

Biden can help address how Americans think about and deal with unexamined racial biases through reversing the previous administration’s executive order banning anti-racism training and workshops. In so doing, Biden can build on psychological research on bias to make American workplaces, schools and government agencies equitable, just places.

Making progress fighting systemic racism will be a slow, uphill battle. A more immediate benefit to communities of color could come through Biden’s novel coronavirus disease (COVID-19) pandemic response — the Trump administration’s failure to stanch the spread of the coronavirus has led to deaths and economic consequences that have disproportionately fallen on racial and ethnic minorities.

On matters of race relations in the US, most Americans would agree that the era of Trump saw the picture worsen. The good news for Biden as president is there is nowhere to go but up.

Despite the fact that American voters have given Democrats control of the presidency, the conservative Supreme Court will continue to rule on the nature and extent of constitutional rights.

These liberties are considered by the court to be “beyond the reach of majorities,” meaning they are intended to be immune from the changing beliefs of the electorate.

However, appointees of Democrats and Republicans tend to have very different views on which rights the Constitution protects and which are left to majority rule.

The dominant judicial philosophy of the conservative majority — originalism — sees rights as powerful but limited. The protection of rights recognised explicitly by the Constitution, such as the freedoms of religion, speech and press and the freedom to bear arms, will likely grow stronger over the next four years. But the protection of expansive rights that the court has found in the phrase “due process of law” in the 14th Amendment, including privacy or reproductive rights, may well contract.

The Biden administration will probably not agree with the court’s future rulings on voting rights, gay rights, religious rights or the rights of non-citizens. Ditto for any rulings on abortion, guns, the death penalty and immigration. But there is little President-elect Biden can do to control the independent judiciary.

Unhappy with what a strong conservative majority on the court may do — including possibly overturning the Affordable Care Act — many Democrats have advocated radical approaches to altering what the court looks like and how it operates, though Biden himself has not stated a clear position.

Suggested options include term limits, adding a retirement age, stripping the jurisdiction of the court for specific federal legislation, or increasing the size of the court. This strategy is known historically as court packing.

Ruth Bader Ginsburg opposed expanding the court, telling NPR in 2019 that “if anything would make the court look partisan, it would be … one side saying, ‘When we’re in power, we’re going to enlarge the number of judges, so we would have more people who would vote the way we want them to.’”

However, this requires agreement by both houses of Congress.

The GOP (the Republican ‘Grand Old Party’) seems likely to maintain a narrow control of the Senate. A 50/50 split is possible, but that won’t be clear until January when Georgia holds two run-off elections. Any of the proposed reforms of the court will be difficult, if not impossible, to pass under a divided Congress.

This leaves the Biden administration hoping for retirements that would gradually shift the ideological balance of the court.

One of the most likely may be Justice Clarence Thomas, who is 72 and the longest-serving member of the current court. Samuel Alito is 70 and Chief Justice John Roberts is 65. In other professions, that may sound like people soon to retire, but at the Supreme Court that is less likely. With the other three conservative justices in their 40s or 50s, the Biden administration may be fully at odds with the court for some time to come.

President-elect Biden has signaled he will do three things to reset the U.S.‘s foreign policy.

First, Biden will change the tone of U.S. foreign relations. The Democratic Party platform called its section on military foreign policy “renewing American leadership” and emphasized diplomacy as a “tool of first resort.”

Biden seems to sincerely believe in diplomacy and is intent on repairing relations with U.S. allies that have been damaged over the last four years. Conversely, while Trump was, some say, too friendly with Russian President Vladimir Putin, calling him a “terrific person,” Biden will likely take a harder line with Russia, at least rhetorically.

This change in tone will also likely include rejoining some of the treaties and international agreements that the United States abandoned under the Trump administration. The most important of these include the Paris Climate Agreement, which the U.S. officially withdrew from on Nov. 4, and restoring funding to the United Nation’s Intergovernmental Panel on Climate Change.

If the U.S. is to extend the New START nuclear weapons treaty, the arms control deal with Russia due to expire in February, the incoming Biden administration would likely have to work with the outgoing administration on an extension. Biden has also signaled a willingness to rejoin the Iran nuclear deal jettisoned by Trump, if and when the Iranians return to the limits on nuclear infrastructure imposed by the agreement.

Second, in contrast to the large increases in military spending under Trump, President-elect Biden may make modest cuts in the U.S. military budget. Although he has said that cuts are not “inevitable” under his presidency, Biden has hinted at a smaller military presence overseas and is likely to change some priorities at the Pentagon by, for instance, emphasizing high-tech weapons. If the Senate – which must ratify any treaties – flips to Democrats’ control, the Biden administration may take more ambitious steps in nuclear arms control by pursuing deeper cuts with Russia and ratifying the Comprehensive Test Ban Treaty.