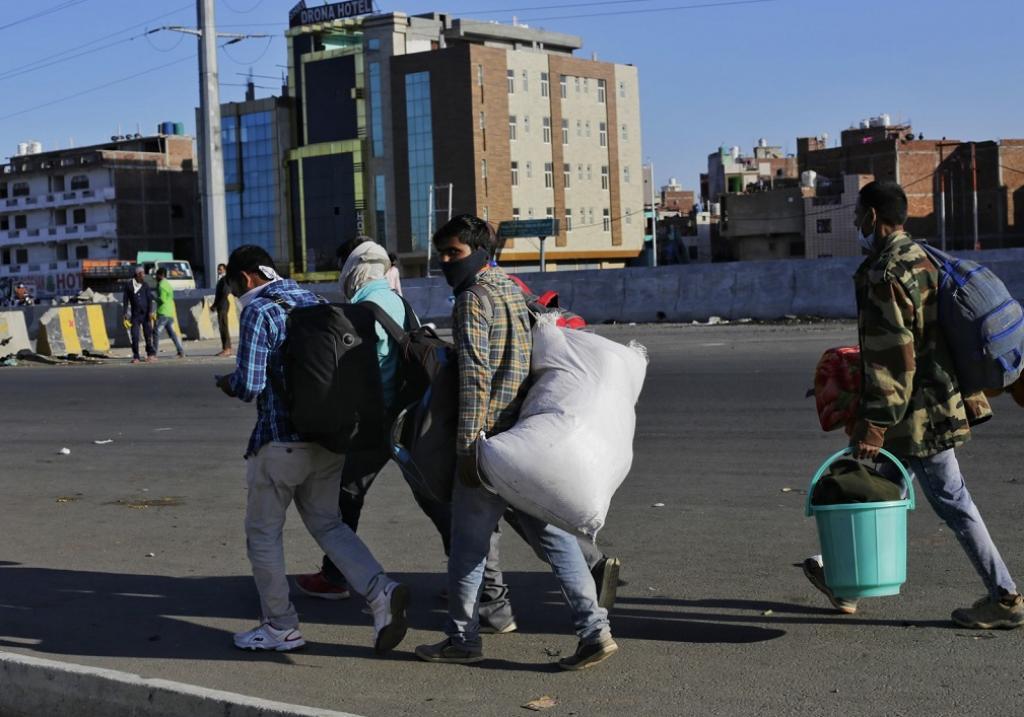 Soaring cases of the novel coronavirus disease (COVID-19) and the recent string of lockdown episodes in the worst-hit states might have triggered a second exodus of migrant workers in India. Hundreds of migrant workers from Bihar returned home over the past few days in buses, trucks and trains.

Last year, thousands of daily wagers were forced to walk back home from faraway cities where they were employed after the government enforced a nationwide lockdown from the midnight of March 24, 2020.

On April 4, India breached the grim milestone of one hundred thousand daily cases for the first time since the beginning of the outbreak. The surge shored up fears of lockdown among migrant workers.

A majority of the workers have returned to Bihar from Maharashtra, Punjab, Haryana, Uttar Pradesh, Delhi, Rajasthan and Madhya Pradesh, where the COVID-19 cases have seen an alarming surge. The situation is especially critical in Maharashtra, where the daily count has crossed 50,000.

“Last year, the lockdown was imposed after a few hundred cases were reported. Now, the coronavirus cases are increasing very fast and the situation seems to have gone out of control. We are very scared and want to return home soon,” said Mohammad Shamim, who worked in a plastic factory in Rajasthan and was on his way home to Kaithar with three others from his workplace.

People like Shamim are wary of last year’s scene of thousands of workers returning home on foot under the scorching sun, carrying their children in their arms and belongings on their heads, for days on end.

“This (Narendra Modi) government is unpredictable. Nobody knows when the fresh lockdown will be imposed in the country. So we are returning well in advance so that we don’t have to face the similar trouble like previous year,” said Simran Oraon, who was waiting for a bus at Balthari check-post in Gopalganj district to reach home in Samastipur. The worker, who was employed in Punjab, was returning with several other residents of his village.

Many from the eastern state never went back to their workplaces after returning home for the festival of Holi, when the cases began to rise. They are closely following the night curfews and limited lockdowns being imposed in several states through newspapers and social media.

The railways stations in north Bihar that would usually witness a rush of migrant workers catching trains to places across the country are relatively are relatively less crowded this time around.

Bihar also saw a sudden spike in COVID-19 cases. In the past fortnight, the daily cases in the state have increased almost eight times and crossed the 800-mark in the past two days.

The total active cases in Bihar reached 3,560 on April 4 from 436 on March 19. The state has shut down schools, colleges and coaching institutes till April 11 and banned all public gatherings till the month-end.