Decision 2022: How beneficiaries as votebank won 2 of India’s poorest districts for BJP

Shravasti and Bahraich, both have large numbers of beneficiaries of a dozen small and big schemes; this could also be a factor in the BJP winning UP 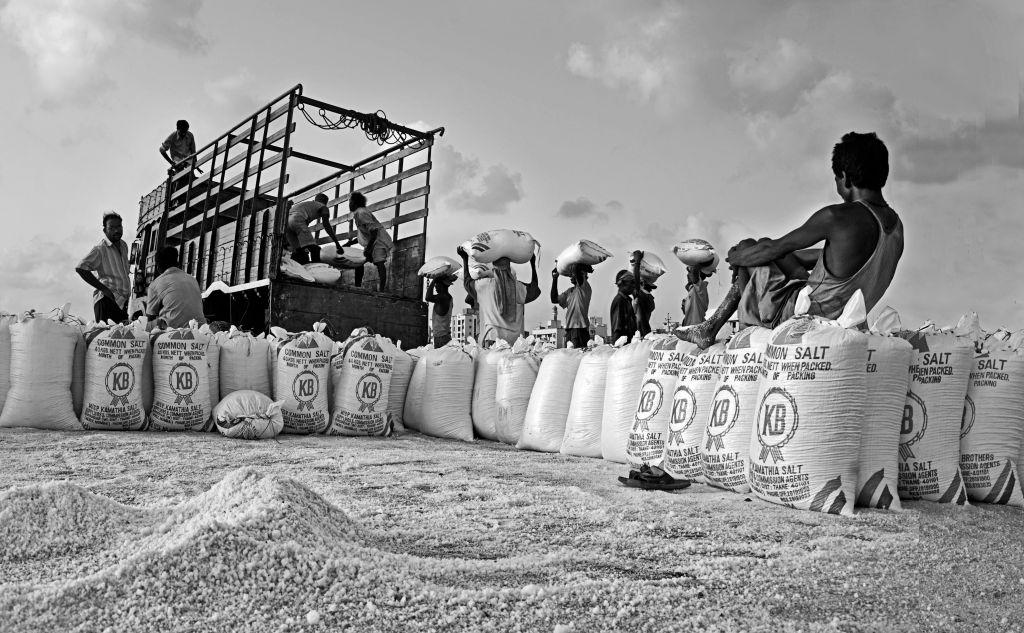 The results of the Uttar Pradesh Assembly elections 2022 have once again revived the bailout culture debate that went on in the 1990s. Indeed, two of India’s poorest districts in eastern Uttar Pradesh bordering Nepal, may have voted for the incumbent party given the large number of beneficiaries of dozens of government schemes in them.

This could also have been a reason why the Bharatiya Janata Party (BJP) won by a wide margin in India’s most populous state, although counting was continuing at the time this report was filed.

Some 150 million of UP’s over-200 million population are registered voters. It is believed that 130 million of them are beneficiaries of some welfare scheme of the government.

The BJP had won won six out of a total nine assembly seats in Shravasti and Bahraich, when results came in on March 10. Down to Earth tried to understand from the voters of these two districts as to how the benefits of the schemes influenced their vote.

The NITI Aayog released its first Multidimensional Poverty Index (MPI) in November 2021. Shravasti was ranked as the most multidimensional poor of the country in this index, followed by Bahraich.

Shravasti was formed as a new district after being separated from Bahraich in 1997. The standards of both the districts are very poor in terms of health, standard of living and education, which is evident from the MPI.

Shravasti district, with a population of around 1.4 million, has two assembly seats. Of these, the Shravasti seat was won by the BJP’s Ram Feran Pandey by a margin of 1,759 votes by securing 98,448 votes, while the Samajwadi Party (SP) won the Bhinga seat.

Beneficiaries played an important role in this victory. DTE tried to understand this at the village and family level.

Arvind Shukla Mahatma, chief of Belkar village in Shravasti’s Ikauna block, said his village consisted of 1,974 families according to the 2011 census. There are 1,400 voters in the village. Around 64 per cent voting was done in one booth and 56 per cent in the other booth, in which the BJP got the maximum votes.

All members of Babu Ram Pandey’s family in Patna Khargaura, Shravasti, have benefitted from one or the other schemes. Sixty five-year-old Babu Ram told DTE that his family had once voted Congress, then the Bahujan Samaj Party (BSP) and later the SP.

Under the Kisan Samman Nidhi, Rs 2,000 is paid every quarter and Rs 500 rupees every month as pension to the old and the destitute.

Babu Ram’s 42-year-old older son Kailash got Rs 1.10 lakh under the Pradhan Mantri Awas Gramin Yojana. Kailash’s school-going child got money for the school uniform and Rs 1,000-1,200 as part of the mid-day meal scheme during the COVID-19 lockdown.

Apart from this, Babu Ram’s 40-year-old daughter-in-law, Rita, got Rs 1,500 under the Janani Suraksha Yojana.

The entire family also gets five kg of free rations per unit under the Pradhan Mantri Gramin Kalyan Anna Yojana. This includes 3 kg of wheat and 2 kg of rice. They also get one kg of salt, one litre of refined oil and one kg of roasted gram. The scheme was extended till March 2022, before the elections.

Similarly, Daulat Ram, the 35-year-old second son of Babu Ram, got Rs 12,000 for constructing a toilet under the Swachh Bharat Mission (Gramin). The benefits of the schemes have extended to each and every member of the family in one way or the other.

Kashiram Jatav was a traditional BSP voter in Patna village of Shravasti, but voted BJP due to Kisan Samman Nidhi. He said he could not find accommodation as he was not eligible for the Pradhan Mantri Awas Gramin Yojana.

Beneficiaries, along with religious issues, also won Bahraich for the BJP. Five of the seven seats in Bahraich, with a total population of 3,487,731, have voted BJP. The seven Asembly seats in Bahraich include Bahraich Sadar, Balha, Nanpara, Matera, Mahsi, Payagpur and Kaiserganj.

BJP has won all the seats except Matera. Rajendra Pal, 25, a voter of Mukeriya village, had previously voted Congress, then SP, but the benefit schemes have made him opt for the BJP.

He said his entire family now votes for the BJP as both, MGNREGA employment and Kisan Samman Nidhi have benefitted him. The benefits had accrued to all families in his village, he added.

Subhash Tripathi of the BJP defeated the SP candidate in Payagpur and won again by a margin of about 5000 votes.

Manoj Kumar Gautam, a voter of Suhelwa village in Payagpur and a painter by profession, said there were six members in his family. Of these, three people were being provided five kgs of free rations. Gautam said he was a supporter of the BSP earlier, but due to the weakness of the BSP candidate, he had supported the BJP candidate.

Gautam said there were about 55-56 families in Suhelwa and more than 300 voters between them. All supported the BJP last time and this time too.

In Bahraich town, many houses in the Ghasiyaripura locality were delivered under the Pradhan Mantri Awas Yojana. Two such beneficiaries, Shyamu and Subhash Nishad said their dreams of a home had been fulfilled. Hence, they had supported the BJP.