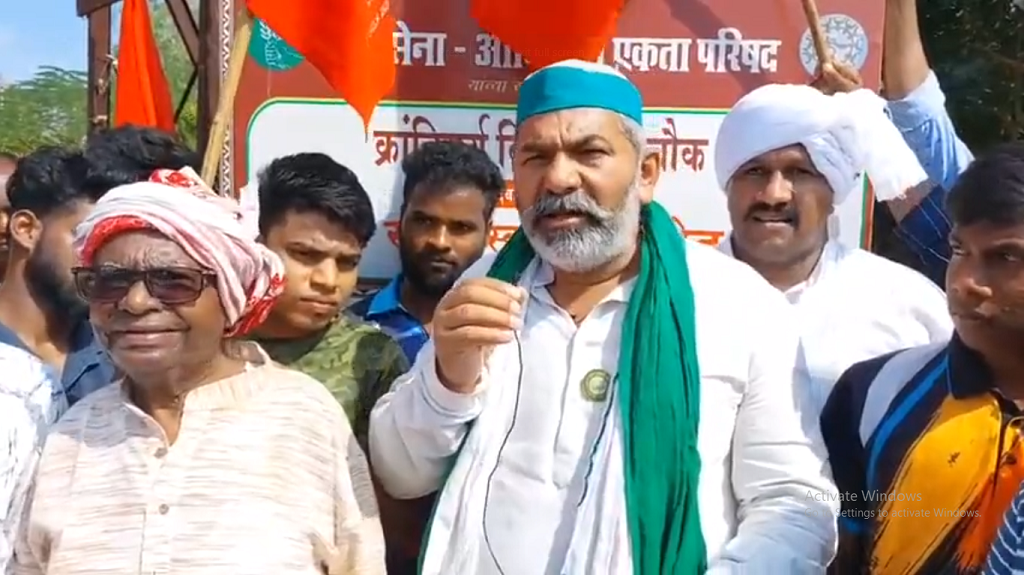 The umbrella body of farmers’ unions at the forefront of the year-long protests against the three contentious farm laws welcomed Narendra Modi’s decision to repeal them but said they will not stop their protest.

The Samyukta Kisan Morcha (SKM) that represents over 40 farmers’ unions said they will wait for the announcement to take effect through “due parliamentary procedures”.

Their reaction suggests demonstrations at different protest sites along Delhi’s border will continue, probably till the next parliament session.

"If this happens, it will be a historic victory of Indian farmers who struggled for over a year,” SKM said in a statement signed by its prominent leaders — Balbir Singh Rajewal, Darshan Pal, Gurnam Singh Charuni, Hannan Mollah, Jagjit Singh Dallewal, Joginder Singh Ugrahan, Shivkumar Sharma and Yudhvir Singh.

Rakesh Tikait of Bhartiya Kisan Union clearly stated that the protest will not be called off. “We will wait for the day when farm laws will be repealed in the parliament,” he wrote on microblogging platform Twitter.

Nearly 700 farmers were martyred in this struggle and the “central government's obstinacy is responsible for these avoidable deaths, including the murders at Lakhimpur Kheri”, he added.

The SKM also reminded the government that their demand for a statutory guarantee to Minimum Support Price (MSP) and withdrawal of the Electricity Amendment Bill is still pending, hinting that it will take some time for it to call off the protests.

The body will take note of all developments, hold its meeting soon and announce further decisions, according to its statement.

Some groups also questioned the timing of this big announcement. “The government has to take this call due to political compulsions,” said Deepak Lamba, vice-president, Jai Kisan Andolan.

This decision was taken keeping in mind the upcoming elections, he added. They hope the government will also clarify its position on MSP soon, said the farmer leader.