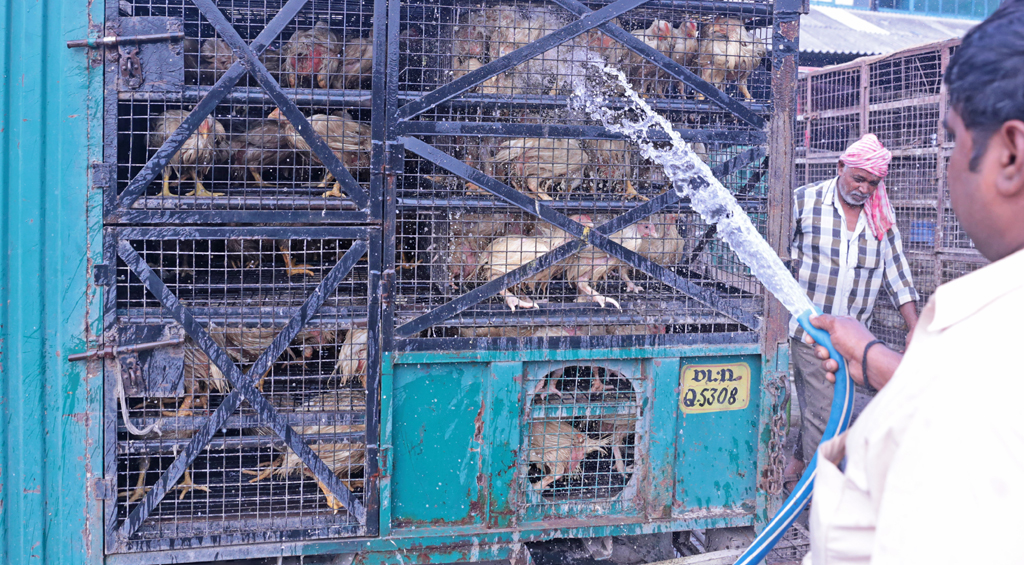 The government has issued a circular stating that from January 1, 2016, stricter rules shall apply to the transportation of animals to slaughterhouses.

On July 8, the transport ministry's circular introduced the eleventh amendment to rules under the Motor Vehicles Act, 1988. The amendment deals specifically with the transportation of livestock meant for slaughter and seeks to curb their mistreatment.

Vehicles meant for transporting livestock are to be permanently partitioned to allow individual carriage of animals and prevent overloading. The amendment further specifies that the size of partitions should not be less than 2 sq m for cows and buffaloes, 2.25 sq m for horses and mares, 0.3 sq m for sheep and goats, 0.6 sq m for pigs and 40 sq cm for poultry.

Vehicles without special licences issued by the regional transport officer will not be allowed to ply on roads. The circular also notifies that vehicles meant for carrying livestock will not be permitted to carry any other cargo.

The amendment to the motor vehicles rules is expected to be welcomed by animal rights activists who had been raising the issue of maltreatment of animals during transport as well as animal trafficking. Over 4,000 online petitions and letters were addressed to Union Minister for Road Transport and Shipping Nitin Gadkari before the introduction of the amendment. Media reports indicate that the notification was issued after the matter was taken up by Union Minister for Women and Child Development Maneka Gandhi.

The new rules come four years after the Food Safety Act, 2011, which laid down conditions under which animals meant for consumption were to be kept and transported. The Act had also noted that unnecessary stress during transportation affects the quality of meat, apart from being inhuman. The chances of animals contracting infections and diseases increase during periods of long travel in highly constrained spaces.

Although there are rules preventing transportation and slaughter of animals that are pregnant or injured, these are frequently flouted. The new additions impose penalties and fines which are heavier than those specified under the Prevention of Cruelty to Animals Act, 1960.