Food security Act: Centre to share half the burden of states in food transportation and handling 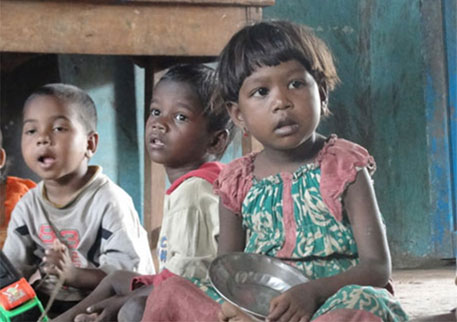 The Centre has decided to share up to 50 per cent of the intra-state transportation and handling costs of foodgrains with states under the National Food Security Act (NFSA), 2013. NFSA guarantees cheap foodgrains to two-thirds of the Indian population.

The Cabinet Committee on Economic Affairs (CCEA), chaired by Prime Minister Narendra Modi, on Wednesday approved the expenditure and sharing pattern between the Centre and states.

“Earlier, the transportation and handling cost was transferred to the consumers. But now because of NFSA, the cost would be borne by the government,” a government official told Down To Earth.

It has also been decided to pay incentives to fair price shop (FPS) dealers to encourage the use of point of sale (PoS) devices. These are machines that enable cashless transfers by swiping cards.

Implementation of NFSA
The Act should have been implemented within six months since its enactment in September, 2013. However, so far, NFSA has been implemented in only 11 states and Union Territories (UTs) across the country.

The implementation of NFSA in 25 other states had to be extended twice because of the non-compliance in identification of beneficiaries on time. At first, it was extended to April 4, 2015 and now it has been extended to September 30, 2015.

“Because of the nitty-gritty, many states have not rolled out this Act. They are showing unwillingness,” the official added.

Sharing the burden
The estimated financial assistance likely to flow to states and UTs would annually stand at Rs 4,341 crore after the Centre shares the costs. At present, the estimated burden on the states’ exchequers is around Rs 8,500 crore.

The latter includes seven north-eastern states, Sikkim, Himachal Pradesh, Jammu and Kashmir, Uttarakhand and the UTs of Andaman and Nicobar Islands and Lakshadweep.

The Centre has not taken any decision regarding cash transfer as yet. However, it has decided to pay incentives to FPS dealers worth Rs 17 per quintal of grains for using PoS devices.

The decision would pave the way for documentation of the Public Distribution System (PDS), which will help the government to reduce leakages and curb corruption.