How kids in a low-income country use laptops: lessons from Madagascar

Our findings suggest that developing countries like Madagascar have something in common with western nations when it comes to laptop use, such as how the children used the computers at home 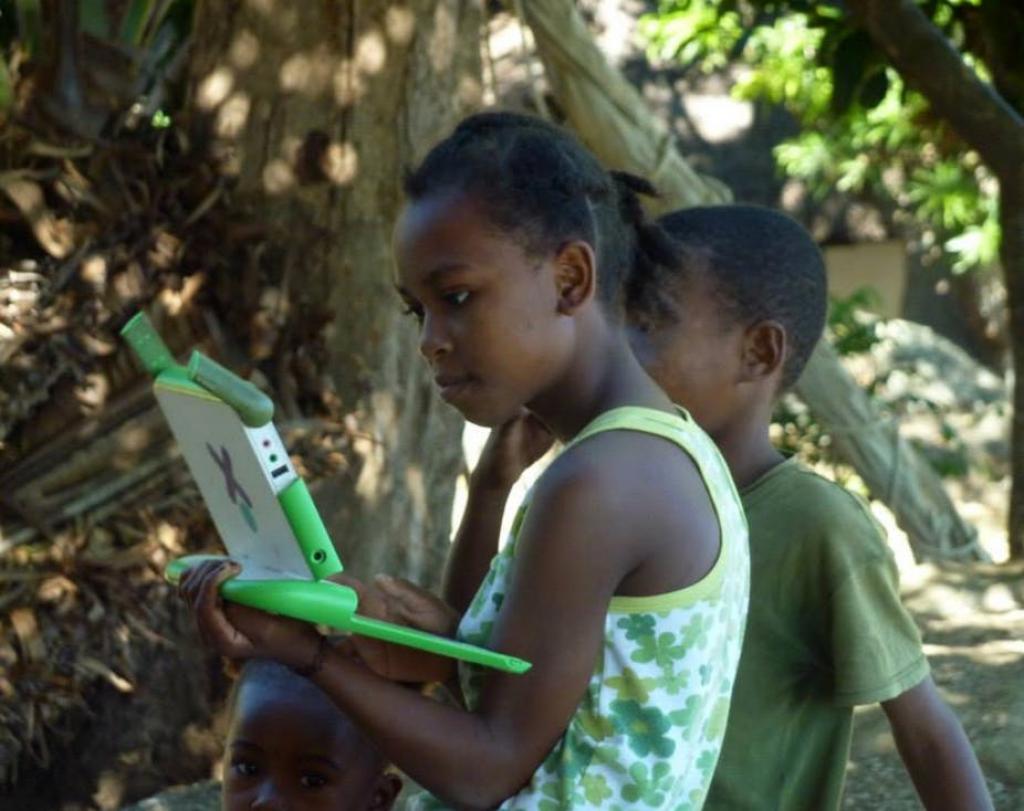 Every child, no matter what country they’re from or their social background, should have the chance to use and learn about technology. That’s the thinking behind a number of projects led by international organisations like UNESCO and UNICEF. They hope to bolster education and economic growth by making digital technologies available in the developing world.

The One Laptop Per Child project was a pioneer in this field. This educational project, launched by the MIT in 2005, produces laptop computers suitable for children aged between 6 and 12. These are loaded with an operating system that features free educational software called Sugar. The programme has been rolled out at schools in more than 30 countries.

The project aims to equip all primary school children and all teachers with computers in a way that involves communities and that ensures everyone feels a sense of responsibility for the equipment. For example, kids aged six to 12 own their computers and can take them home to use.

Research shows that using technology in school makes children more engaged with learning. We wanted to know how children in low-income countries use laptops in their everyday lives; in school and after class. To find out, we embarked on a study in a village in Madagascar four years after the project was launched there.

Our results show that the use of computers in low-income countries supports formal and informal learning activities at home. It provides easy access to information, educational games and tools for self-expression.

Madagascar, an island nation off Africa’s southeast coast, is extremely poor: 75% of the population (25 million) live below the poverty line, and the country scores low on the human development index, performing poorly in areas like education and living standards.

The study was conducted in a village located on the island of Nosy Komba, in the northeast of the country. Laptops are seen among residents there as high status objects because they cost a lot of money. None of the parents we interviewed could afford to buy one. They also have a high symbolic value: parents believe that if their children can master laptop use they will become more intelligent and develop professional skills.

A programme was rolled out in the village by One Laptop Per Child France and another French organisation, Gducœur. They supplied laptops and provided technical, logistical, administrative, financial and educational support. The laptops were given to 160 children aged between 5 and 15 enrolled in the village’s primary school.

Our analysis was both quantitative and a qualitative. We examined logs that showed which applications the children had used on their laptops during the previous 12 months; we analysed what they’d produced – for instance, recorded files. And we interviewed the children and their parents.

The results showed that the laptops were used very differently at school and in the children’s homes. At school, computers were generally used to learn about word processing, to play educational games and to support creative activities (drawing, digital story telling). Computers were also used as a virtual learning environment that offered a range of resources unavailable in the classroom like calculators, ebooks, maps, a watch, measuring tools and so on.

At home the children, like their peers in developed countries, largely used computers to take photos or make videos, listen to music, play games, share content and do homework. The younger children tended to use fewer reading and writing applications. Those in the equivalent of fourth and fifth grade used more digital books; they also shared images and videos more frequently with their friends.

Our findings suggest that developing countries like Madagascar have something in common with western nations when it comes to laptop use, such as how the children used the computers at home.

But there was one marked difference: computer use in Madagascar tended to be a collective rather than an individual practice. Children and their families would gather around one laptop to play educational games, take photos or make videos. Computers were being used to strengthen existing social relations among siblings, parents and peers.

All of this is important and valuable. Laptops have introduced the children of Nosy Komba to previously inaccessible tools. But we found that original projects were limited. While applications used were designed to foster creativity, children need support to develop creativity skills.

Educators have a crucial role to play here. They can help to nurture children’s creativity: the can help them to connect their lived experience and to express their imagination to produce original content. This will unlock new forms of expression and different kinds of literacy, including visual.

This article was co-authored with Pierre Varly, an international consultant in quantitative methods in education. He runs a blog on education in developing countries.