India’s gender gap in health, economic participation one of the worst in the world 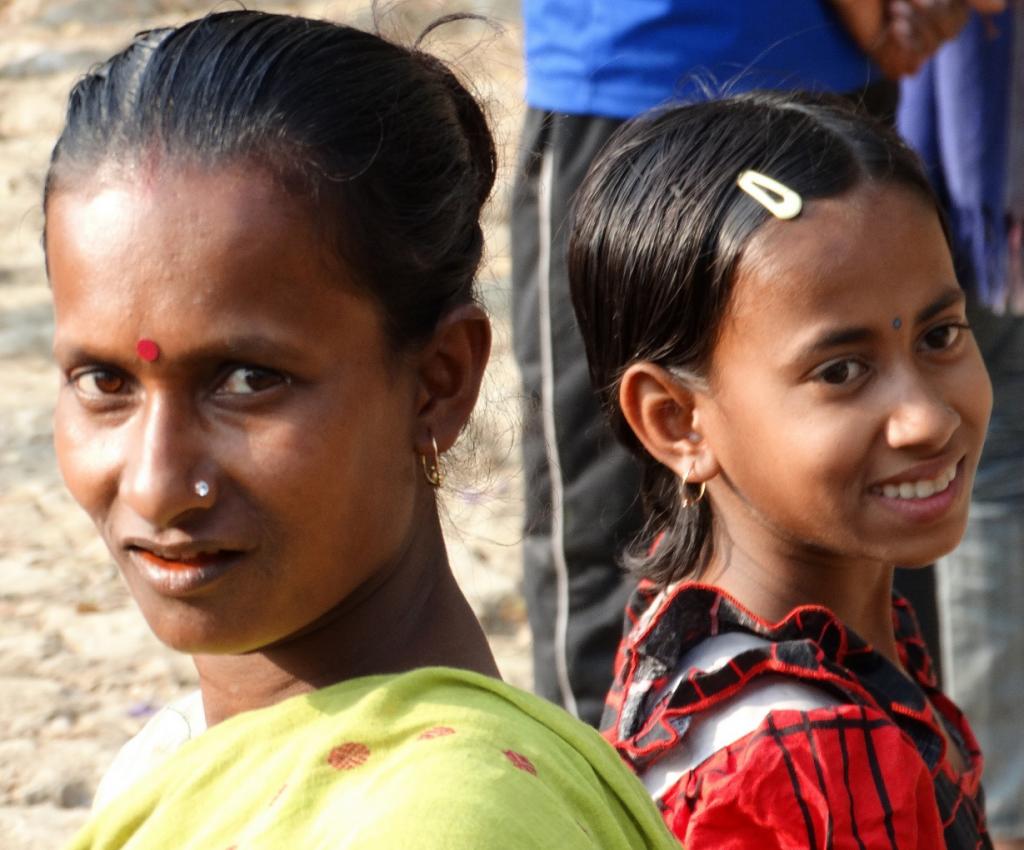 India has made investments in women’s education but it has not removed barriers to women’s participation in workforce. Credit: Adam Jones / Flicker

India has made key investments in women’s education but it has not removed barriers to women’s participation in workforce. Hence, it is not seeing returns on their investments in terms of development of one half of country’s human capital. The country has much to gain from the participation of educated but untapped talent pool in the workforce. These observations were made by the World Economic Forum Global Gender Gap Index 2016 that has ranked India 87th globally. The country was ranked 108th in 2015 index.

Despite a jump of 21 places from 2015, mainly due to closing of gap in primary and secondary education, ‘much work needs to be done”, according to the WEF. The global index measures a country’s progress based on four parameters—economic participation and opportunity, educational attainment, political empowerment and health and survival.

While India secured 9th place in political empowerment, it performed dismally when it comes to economic participation & opportunity (rank 136) and health & survival (rank 142).  At least 38 countries managed to fully close their gender gap in health and survival segment, but India, Armenia and China remain the lowest-ranked countries.

South Asia is ahead of the Middle East and North Africa but behind sub-Saharan Africa in gender gap index. Bangladesh and India closed 70 per cent and 68 per cent of their overall gender gap. The lowest-ranked countries are Bhutan (64 per cent) and Pakistan (56 per cent). No country in South Asia has fully closed its gender gap in education. Only Sri Lanka managed to fully close health & survival gender gap.

Bangladesh (rank 72) is the top performer in the region. Though it made progress on reducing the gap in political empowerment, it has failed to address the widening gap in women’s labour force participation and estimated earned income. India (rank 87) made progress on closing the gender gap with regard to wage equality, but it also lost grounds in terms of women’s estimated earned income. 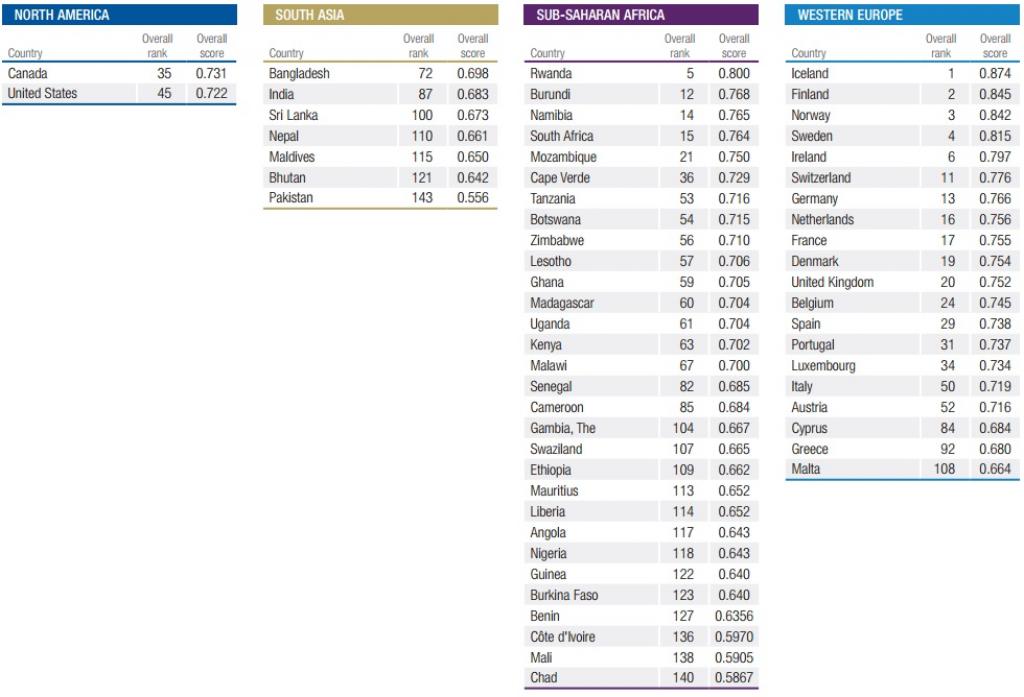 Since 2006, Nicaragua (rank 9) has closed about 19 per cent of its overall gender gap. Hence, it is one of the fastest-improving countries in the world. The country regained its place in the global top ten countries and remains the best performer in Latin America for the fifth successive year. It not only closed its gender gap on education and health, but it also ranked highest in political empowerment.

For the first time, North Africa and the Middle East have closed over 60 per cent of the overall gender gap. On the education front, it ranked ahead of Sub-Saharan Africa and South Asia, but on the health front it surpassed East Asia and the Pacific, South Asia and Sub-Saharan Africa. However, no country from the region has been able to fully close gender gap on either education or health. Turkey and United Arab Emirates fared comparatively better in closing gender gaps in health and education respectively.

Scandinavian countries—Iceland (1), Finland (2), Norway (3) and Sweden (4)--dominated the list of top five countries with lowest gender gap globally. Rwanda made an impressive progress to find the fifth place by moving one place ahead of Ireland. Interestingly, four countries from Sub-Saharan Africa—Burundi, Botswana, Rwanda and Ghana— closed more than 80 per cent of their gap when it comes to economic participation and opportunity. Rwanda, in fact, remains the country with the highest share of female parliamentarians (64 per cent) in the world.

The report finds that progress towards parity in economic participation has slowed dramatically with the present gap being largest since 2008. According to the findings, “women around the world on average are earning just over half of what men earn despite working longer hours”.

Stagnant labour force participation is another major challenge with the global average for women is 54 per cent as against 81 per cent for men. Also, the number of women in senior positions also remains low.