India stopped counting poor; now the world in bind on how to achieve zero poverty by 2030 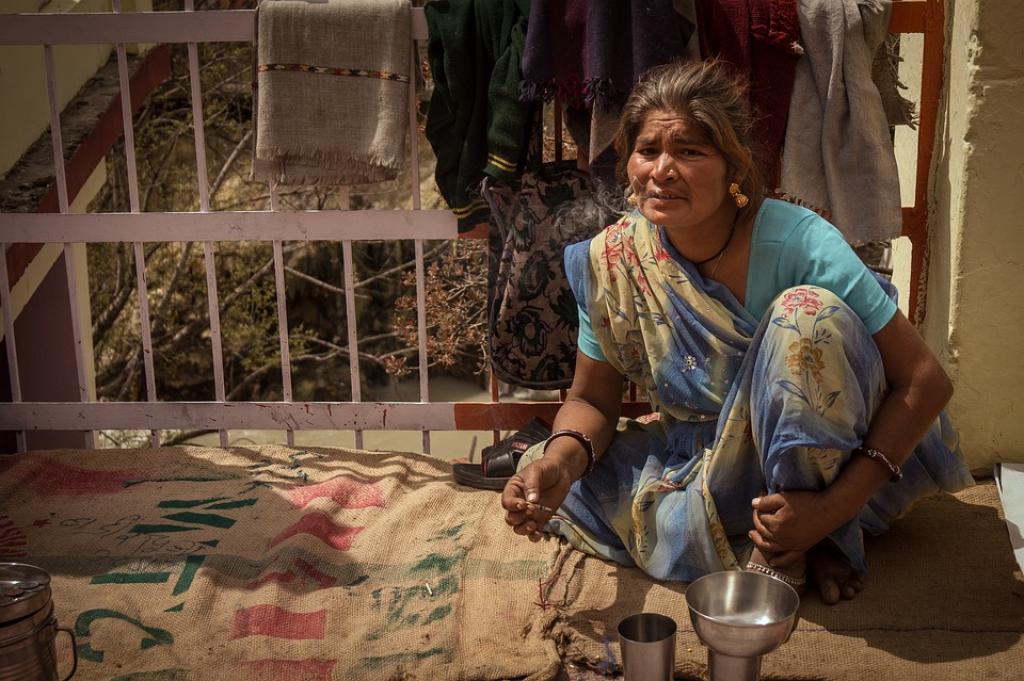 The World Bank’s biennial Poverty and Shared Prosperity Report: Reversals of Fortune was released October 7, 2020. The findings, though expected, are startling. For the first time in two decades, global poverty rate would go up due to the novel coronavirus disease (COVID-19) pandemic.

But the report had an oft-repeated caution sprinkled across its 200-odd pages. The multilateral body couldn’t gauge the real poverty situation in the world because India did not have latest data. Or, in simple terms, India has stopped counting its poor. “The lack of recent data for India severely hinders the ability to monitor global poverty,” the report said.

India, along with Nigeria, is considered to have the largest number of the poor in the world. India tops the global list in terms of absolute number of poor, going by the last national survey of 2012-13. The country accounted for 139 million of the total 689 million people living in poverty in 2017.

It is, thus, imperative that if the world has to meet its United Nations-mandated Sustainable Development Goal (SDG) I to eradicate poverty by 2030, India has to achieve this goal first.

India was to release its latest household consumer expenditure survey data by the National Statistical Office (NSO, 75th round) for 2017-18 last year. Consumption expenditure is taken as a proxy for gauging income levels in India.

But the Union government didn’t release this data, citing ‘quality’. The unpublished data was, however, released in a few newspapers that indicated a rise in poverty level.

The latest data on poverty in India is from a survey done in 2011-12, or almost a decade-old. This was based on a household consumption expenditure survey (68th round) done by the NSO, the nodal agency that conducts these surveys.

The absence of poverty data in India means there is no objective and updated estimation of global poverty level, or the progress in its reduction. “This decision (to scrap the 75th round of survey by NSO) leaves an important gap in understanding poverty in the country (India), South Asia and the world in recent years,” the World Bank’s latest report on poverty said.

Take the example of the South Asian region in order to make sense of how absence of poverty data in India impacts overall poverty estimation. In the World Bank’s latest estimation of poverty due to COVID-19, it covered half of the countries in this region.

But population-wise, it could only analyse 21.8 per cent of the region’s total population. This is because India's population had to be excluded due to non-availability of latest comparable data on poverty.

Due to this, no global poverty estimate has been reported since 2017. For the South Asian region, there has been no consolidated poverty report since 2014.  All other regions in the world have poverty estimations till 2018.

For its latest report, the World Bank hinted that the estimate of new poor due to COVID-19 might not be reflecting the real picture. “The new profile of the poor comes with an important caveat: It misses a large group of the global poor, those who live in India,” it said.

For its last report — Poverty and Shared Prosperity 2018 — the World Bank was scrambling for official data on poverty in India. It had to depend on another set survey done by the government that included bits on consumption expenditure.

In the latest report, it has dedicated a detailed note on how various organisations and economists are deploying alternate ways to estimate India’s latest poverty figures. However, these can’t replace the large-sample surveys done by government agencies like the NSO.

By not having latest poverty data, India joins the ranks of countries termed as ‘conflict-affected’ and ‘fragile’ in World Bank terminologies. These are countries mostly in Africa and West Asia.

With just 10 years left to achieve the SDG I, it is an immediate crisis for the world. Without India’s latest data, there can’t be an objective global estimate of poverty. And without this, one can’t measure what is the level of poverty to be reduced nationally as well as globally.

“Any such projection (level of poverty in 2030 under normal circumstances) over a long time horizon is subject to considerable uncertainty, compounded now by the lack of recent data on India and by the evolving effects of the COVID-19 pandemic on poverty,” the latest World Bank report said.

It almost hinted at the fact that we precisely don’t know the level of poverty to be reduced to meet the SDG I.