Is it realistic to teach science in vernacular languages?

Can an alien worldview like western science be taught in the vernacular or is it best conveyed in the languages of the culture that created it? 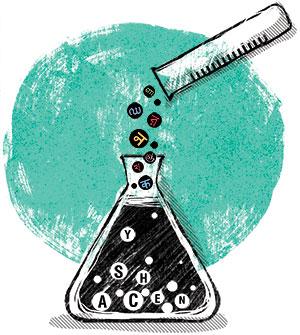 In January this year, Prime Minister Narendra Modi made a strong pitch for teaching and communicating science in the vernacular. While some might construe this as consistent with the Sangh Parivar’s ideological project to decolonise (read Hinduise) the Indian mind—a kind of intellectual ghar wapsi, the question whether the “natives” should learn science in the tongue of the coloniser is a political and cultural conundrum that all post-colonial societies are still grappling with.

Modi did not elaborate on why he thought teaching science in the vernacular is a good idea. But two months earlier, K VijayRaghavan, principal scientific advisor to his government, made an impassioned case for it in the Hindustan Times. He wrote: “In making English the sole language of intellectual discourse in science and technology in India, we have lost on many fronts. First, exceptions aside, as a community even our best institutions can never lead globally if English is the only language of high-level intellectual discourse. Our best minds will merely be eloquent paraphrasers of the ideas of others.”

The scientist-turned-technocrat’s reflections raise a host of posers about the relationship between science, language, and ways of reasoning informed by a particular worldview. More specifically, we might ask, as many others have been asking for over a century now: can, indeed should, an alien worldview like western science be taught in the vernacular or is it best conveyed in the languages of the culture that created it?

A critique of the hegemony of English as the privileged medium of instruction applies as much to science as to any other subject. Millions of Indians suffer from low self-esteem on account of their English handicap. For, to be sure, English remains, for the most part, the language of the elite bourgeoise that milks it to perpetuate class and power along with all the perks that come with it. Its pedigree goes back to the early 19th century when the Anglicists prevailed over the Orientalists in the quarrel over the medium of instruction in higher studies—English or the vernaculars.

Historical curiosity aside, our founding parents, for better or for worse, were unable to abandon the imperial language as they couldn’t settle their differences over what might replace English as the official language in a nation of many tongues. Attempts to foist Hindi on the national tongue were fiercely thwarted by the non-Hindi speakers. The carving of the nation along linguistic lines in 1957 further complicated the tangle. Finally, in 1968, the Centre and the states agreed on the three-language formula, which is still the official policy, except in Tamil Nadu, which has always been staunchly anti-Hindi. However, as many scholars have pointed out, the formula was observed more in the breach. The upshot was that English became even more entrenched.

But it was only after 1991, the year India opened up its economy, that English began to assert itself as a hegemon. Indeed, such is the enamour and traction of English now that even the underclass, like rickshaw pullers and domestic maids, want their kids to study in English-medium schools. Clearly, for most, English is the passport to a better life. For example, even in a relatively poor state like Uttar Pradesh, 1.7 million primary level students opted out of rural government schools between 2002 and 2015, while rural private schools, which claim to be English-medium, recorded a spike of more than 11 million for the same period. It’s a national trend.

This inevitably creates a snarl of terminology in the minds of the students as they fumble from the vernacular to English. For instance, in Hindi, momentum is gati, molecule anu, photosynthesis prakash sanshleshan, and theorem pramey. When they enter secondary school and college, they have to relearn everything in the English terms. This inevitably creates a class divide between those taught throughout in English and the rest. It may seem counter-intuitive, but for scholars like the British linguist David Graddol, teaching science and maths in English to primary students is a bad idea. In his book English Next India, he argues that this would churn out under-educated students—neither good in English nor in science. He believes instruction in English should begin only at the secondary level.

In fact, prodded by studies by UNESCO and the World Bank, multilingual countries like Nigeria and South Africa are experimenting with teaching science and maths to primary students in their mother tongue. Sceptics, however, believe that the idea, even if laudable, would come undone because of daunting impediments such as diversity of languages (India has over 1,500 languages, Nigeria over 500), the fiendishly difficult task of translating scientific terms into local languages and then training a whole new class of teachers makes it impossible to teach science in a single vernacular. Changing demographics on account of migration makes the problem even more knotty. These criticisms might have a point as teaching science and maths in the vernacular has been mostly successful in nations that speak in one tongue, like China, Japan, and Korea.

Be that as it may, the truth is that English dominates contemporary science. Barring few exceptions, such as Korean, Portuguese and Japanese, over 80 per cent of peer-reviewed scientific literature is produced in English. Things, however, were more fluid and plural a century ago when science in the west was done and taught in not just English, but also in other languages such as French, German, Italian and Russian. And if we go further back by another two centuries, Latin was the preferred language of science but scientists also published in their mother tongue—Newton published his Principia in Latin but Opticks in English.

The decimation of German science post World War II, the rise of US as the Goliath of scientific research, and the long shadow of the Cold War, all conspired to enthrone English as the pre-eminent language of science. That China too has made English compulsory in its schools is proof of its undisputed supremacy.

So how does one wriggle out of this catch-22? One possible way out, suggests Vijay Raghavan, could be to privilege the vernacular all the way up from kindergarten, but without junking English. That way, he claims, we would create bilinguals who not only learn and think about science in their mother tongue but are also familiar with the English terms. This might work, but the bigger question is whether governments can muster the political will to sort out the logistical, not to mention the epistemological, mess that this exercise entails. The portents surely don’t inspire confidence.

(This article was first published in the 1-15th June issue of Down To Earth under the headline 'Lost in translation').