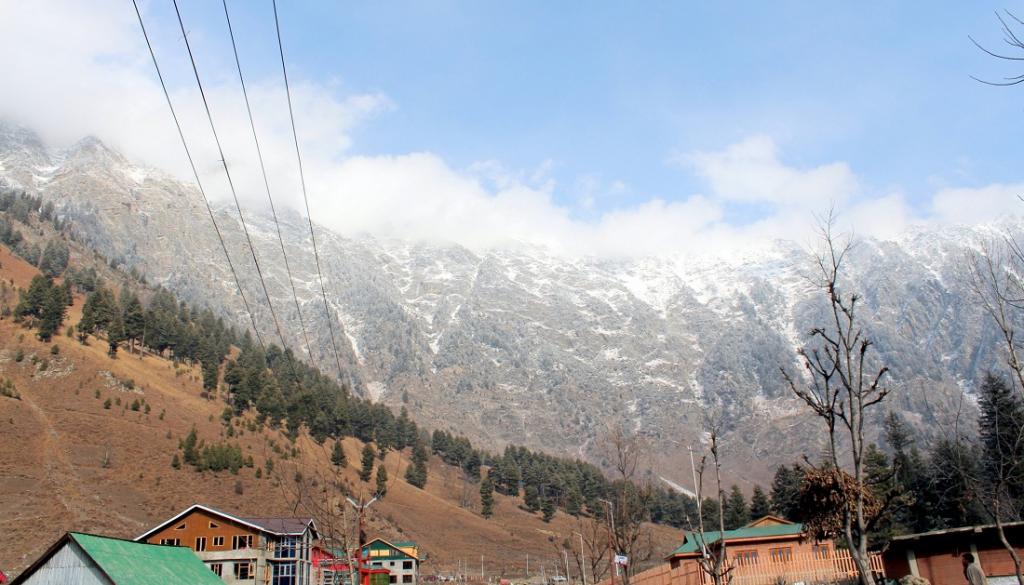 Locals in Jammu and Kashmir have voiced strong opposition to the newly formed District Development Councils (DDC), which will dilute genuine democracy in the region, according to them.

The DDCs would be a parallel system of power and governance, one that is all about territorial constituencies, they said. Local people will hardly have a say in the administration, they added.

The DDCs will have complete jurisdiction of the district except over the areas controlled by a municipality and municipal corporation. The Members of Legislative Assemblies (MLAs) and chairpersons of Block Development Councils (BDC) will also be members of the DDCs. But only 14 elected members will have the power to elect or remove the chairperson and vice chairperson.

The move will empower democracy at the grassroots, according to the Union government.

Union Minister of State for the Prime Minister’s Office, Jitendra Singh, termed the initiative as path-breaking. He tweeted:

Under PM @narendramodi, a path-breaking step, to set up, for the first time, district development councils (DDCs) in #Jammu & Kashmir. J&K Panchayati Raj rules amended to provide DDC, delimitation of their constituencies & elections; DDCs to be divide into 14 constituencies / district.

The Jammu and Kashmir (J&K) administration sees the DDCs “as a constitutional requirement under the 73rd Amendment”.

The move, however, is widely seen as nullifying the role of the established Panchayati Raj institutions like gram panchayats and BDCs.

“We already had a panchayat system in place, with its members elected by the voters. Now that system has been side lined,” Shafiq Mir, the president of J&K Panchayat Conference said.

Mir, who is himself a BDC chairman, added: “Now, we will have a DDC whose members will also be directly elected and they will be exclusively in control of the development activities in the district. Where does this leave the elected members of gram panchayats and the BDCs? Nowhere.”

According to Mir, Panchayat and BDC members in the rural areas of the district will have to jockey for power with the DDC members.

“For example, in every territorial constituency in a district, there will be a sarpanch and may be one or two BDC members besides a DDC member. How will there be a consensus over what development work should be prioritised in the area?” Mir asked.

“Similarly, in a DDC, while an MLA and a BDC chairperson will be members, they will be subservient to elected members. So, how will their opinion matter?” he added.

Mir said the territorial constituencies in districts had been created only in J&K: “They don’t exist in any other state of India.”

There was a three-tier system in place in the earlier Panchayati Raj system in J&K as well. But only panches and sarpanches were directly elected.

Panches and sarpanches later elected the BDC chairpersons, who in turn, formed the District Planning and Development Board

The elections to Panchayats in J&K were held in 2018 but were poorly participated in Kashmir because of the boycott by mainstream parties like the People’s Democratic Party (PDP) and National Conference.

In October 2019, just two months into the revocation of Article 370, the J&K government held the first-ever BDC elections. As many as 1,065 elected panchayat members tried their luck for 285 BDC seats in Jammu and Kashmir.

Only the Bharatiya Janata Party and Panthers Party had fielded their candidates officially, while 853 candidates in the fray were independent.

There were a total of 316 BDCs, including 147 in the Jammu region, 136 in Kashmir and 31 in Ladakh. Elections were announced for 310 BDCs, of which, 27 chairpersons were elected unopposed.

The government also granted 33 per cent reservation for women, besides Scheduled Castes. A total of 105 BDCs were reserved for women.

But the government kept delaying the formation of the District Planning and Development Boards. As it turns out, the administration had other plans as the recent decision to form the DDCs shows.

The decision to create the DDCs is designed to supplant local politics in the region, according to local political parties.

“The aim is to ensure there is no central collective political voice in Kashmir. The administration wants to divide and sub-divide the people of Kashmir so that nobody is in charge,” Naeem Akhtar, senior leader of the PDP said.

“The attempt is to ensure that there is no credible voice that speaks for whole of J&K and the representatives who can do so like MLAs are being rendered powerless,” he added.

The National Conference has expressed similar apprehensions. Its Member of Parliament from South Kashmir Hasnain Masoodi says the exercise is geared “to deny space to politics under the guise of strengthening grassroots democracy”.

“The DDCs will dilute the democratically elected institutions,” Masoodi said.  “The aim is to further disempower the people of Jammu and Kashmir”.

Such opposition, however, to the move is least of the Centre’s concerns. For the past one year, New Delhi has gone ahead with its project in Kashmir with a single-minded devotion.

It has passed order after order and tinkered with and made changes to the entire edifice of the existing socio-political structure.

“Changes to the grassroots empowerment laws are taking place at a time when J&K has no Assembly in place,” Naseer Ahmad, a political analyst said. “There’s also no word about the restoration of the statehood.”

Union Minister for Home Amit Shah, had indicated an early restoration of the statehood in a recent interview. However, it looks unlikely that the Centre will do so in the near future.

“The DDCs are being set up as an alternative to an elected government,” Ahmad said. “But while the DDCs have their uses, they can hardly replace an elected government which alone has a political function and can represent the broad grievances and aspirations of the people.”