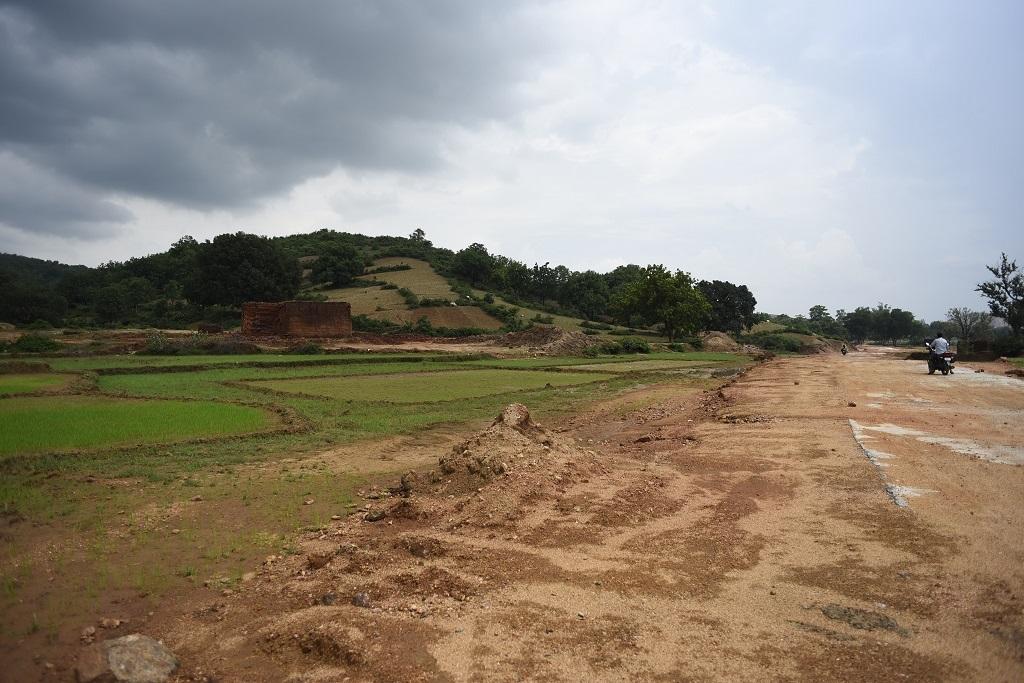 A file picture of the road being constructed in the middle of paddy fields last year. Credit: Adithyan PC

The tussle over land acquisition between the residents of Jugra village in Jharkhand’s Hazaribagh district and the National Thermal Power Corporation (NTPC) refuses to die down. The residents of the village complained to the district administration on December 1, 2018 that the NTPC forcefully acquired their land to build a supply route to its Pakri Barwadih mine.

Civil rights organisations including Ekta Parishad filed a case in the high court in the same matter last year. Rajagopal PV, founder, Ekta Parishad says that by acquiring the land this way, NTPC has directly violated the Land Acquisition, Rehabilitation and Resettlement Act, 2013 and the Scheduled Tribes and Other Traditional Forest Dwellers (Recognition of Forest Rights Act), 2006.

Satyanarayan Kumar, a resident of Jugra, told Down To Earth (DTE) over the phone that the road, which the NTPC was constructing to transport coal to its open cast last year, has already been completed even though people have not willingly given their land for the project. “Coal-laden vehicles ply on the road every day causing severe pollution in the village,” says Kumar. About 11.81 hectares (ha) of paddy land was acquired for the road, a document exclusively shared with DTE says.

Last year in June when DTE visited Jugra, the residents were furious. “We did not give them any approval, but the NTPC forcibly carried out road construction,” says Sudhlal Sao, a resident of Jugra.

For years, the residents and the NTPC have been locked in a protracted struggle. From 2004-07, the company allegedly carried out a secret survey in 28 villages in Barkagaon district to acquire land.

In Jugra’s case, the residents refused the NTPC’s compensation package of Rs 20 lakh per 0.404 ha. Also, the compensation announced is only for the raiyyati (ownership) land and not for gair mazrua (common) land. Shankar Ram, a Jugra resident, says, “The people are demanding resettlement elsewhere with all kinds of facilities. Around 100-150 people have lost their farmlands in Jugra. Even my plot of 0.404 ha has been acquired.”

According to Hazaribagh Deputy Commissioner Ravi Shankar Shukla, the district administration is well aware of the provisions of the Land Acquisition Act. We will ensure that all the benefits due to the people are given to them, he says. In an email response to DTE, NTPC says that in Jugra village, no homestead land has been acquired. At present, land for only coal transportation and other infrastructure works are required. Majority of the land on which work is being carried out is government land, which has been transferred to NTPC, and so, the issue of forcible acquisition does not arise. Land acquisition is being done by NTPC following the applicable policies and processes.